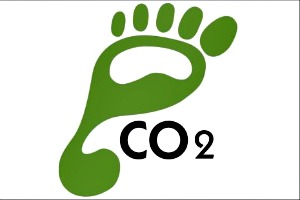 European consumers are being flooded with confusing, misleading and corporate-friendly product information about carbon footprints, according to a new report by the European consumer rights watchdog for standardisation.

The problem, it says, rests with the Life Cycle Assessment (LCA) methodology that the European Commission is developing to assess the environmental effects of goods, services and organisations.

“Consumer information based on a choice of LCA indicators is useless and a step in the wrong direction,” says the report by the European Association for the Coordination of Consumer Representation in Standardisation (ANEC), "even if [it is] linked to rating scales which will often not be possible.”

A European Commission spokeswoman contacted by EURACTIV dismissed ANEC's criticisms as "not surprising," and reflecting "a rather isolated position not shared by environmental NGOs".

LCA methodology has unique advantages in showing a ‘big picture’ environmental performance. But it is also open to manipulation because it provides opportunities for the input of subjective data with limited and imprecise parameters, the ANEC paper ‘Environmental Assessment goes Astray’ argues.

For this reason, ANEC rejects the British Carbon Trust’s carbon footprint labels which use a single number CO2 label and thus, it says, “make no sense”.

“A single CO2 figure allocated to a product reflects a precision and conclusiveness which cannot be achieved using available methodologies,” the paper contends.

Darran Messem, the managing director of certification at the Carbon Trust sent EURACTIV a statement saying that the organisation was disappointed with ANEC's criticism. "Our carbon labels are flexible, providing a range of communication options with or without numbers," it said.

The Trust's methodology had to be balanced "with other technical, consumer and commercial needs as product carbon footprinting must make business sense and drive carbon reduction," Messem explained.

Rather than providing a clear assessment of superior environmental products, ANEC complain that indicator results – particularly where several are used – can also produce advice irrelevant to consumers, which even experts find difficult to decipher.

Revisions to the Energy Labelling Directive in 2010 for example, added three additional classes – A+, A++ and A+++ – that could be more confusing than the old A-G scale, especially as companies often add extra ‘+’s or ‘-20%’s to their labels.

“Consumers face on the market a mushrooming of industry environmental self-claims on products, which are often not comparable, nor understandable, and serve only marketing purposes,” Michela Vuerich, a spokeswoman for ANEC told EURACTIV.

This year the European Commission is reviewing its sustainable consumption and production industrial policy to analyse means of providing consumers with better multi-criteria environmental information about products.

A literature review for an associated study found that consumers preferred a colour/letter-coded system in the spirit of the EU’s energy labelling system. But in the absence of a scientific basis to crunch the numbers, such labels are “highly questionable and misleading” and “highly confusing” in ANEC’s view.

“The move towards universally applying them is a significant step backwards from the EU and national ecolabels [which were] awarding only the top performers (the best 10-30%),” ANEC’s position paper says.

“Such labels give a clear and unambiguous message: this product has an excellent performance.”

The true environmental performances of several product ranges have been obscured to the public as a result, ANEC believe.

In Germany, Beverage Can Makers Europe commissioned the German Institute for Energy and Environmental Research (IFEU) to produce a LCA report in 2010, and then reportedly fed the contractor with their own figures, requests and assumptions.

The following year in Austria, another IFEU beverage can study concluded – and publicly communicated – that PET bottles were equivalent to reusable bottles. The paper was subsequently attacked for its assumed transport scenarios and the low number of refills of reusable bottles.

Too little attention has also been paid to the minimum requirements for product performance of energy efficient lightbulbs, and disappointment with product lifetimes and maintaining brightness resulted.

“Consumers are confused by the number of environmental claims that can be found on the EU market, as well as about their reliability and clarity”, ANEC’s secretary-general, Stephen Russell, said on 29 May.

“Instruments such as the Ecolabel and Energy Label should be developed further,” he added. The ANEC position paper puts a forward a detailed proposal for how this could be done.

“We suggest a framework for indicator development with relevant information for relevant products and services, using a broad range of assessment methods and not following a one size fits all methodology,” said Vuerich.

Jan Bollen, Environment Product specialist at ArcelorMittal said: “The ultimate goal of having  a commonly accepted LCA methodology should be striking the right balance between the interests of various stakeholders, providing the most benefit for society and the environment.”

A carbon footprint can be defined as the total set of greenhouse gas emissions caused by an organisation, event, product or person. But calculating the precise total carbon footprint of any of these is all but impossible due to the large amount of data required.

In a bid to give consumers some way to measure the environmental impact of goods and services that they buy, the European Commission is is working towards developing a “harmonised methodology for the calculation of the environmental footprint of products”.