By Fiona Harvey, Jillian Ambrose and Jonathan Watts | The Guardian

Fatih Birol says ‘big step forward’ is possible only if all commitments are implemented in full. EURACTIV’s media partner, The Guardian, reports.

The climate pledges agreed so far at the Cop26 conference could keep the world’s rising temperatures to within 1.8C of pre-industrialised levels, according to the International Energy Agency – but only if the commitments are implemented in full.

Fatih Birol, the IEA’s executive director, told delegates at the conference that despite the pessimism ahead of the COP26 talks, a “big step forward” was possible if all the pledges set out to date were “fully achieved”.

The highly influential energy watchdog analysed a string of commitments by global governments to cut emissions to “net zero”, combined with a major pledge to limit global methane emissions, and found that fully achieving the goals would slash global heating predictions from a rise of 2.7C set out before UN climate talks.

However, the promise of climate progress at the COP26 talks risks being dashed amid rising criticism over a set of key of climate pledges, spearheaded by the UK government, to reduce global emissions by phasing out coal power generation.

‘Our fight is far from over’

The IEA’s forecast was also challenged by Selwin Hart, the UN’s assistant secretary-general for climate change, who warned that the official climate goals put forward as part of the UN’s nationally determined contributions (NDC) showed that the world is “a long way” from avoiding a catastrophic climate emergency.

“Our fight is far from over,” Hart told delegates, moments after Birol’s address. “Fatih, I heard your numbers, but based on the NDCs that have been submitted, the world is on a 2.7C pathway, a catastrophic pathway, and therefore we are a long way away from keeping the 1.5C goal of the Paris Agreement alive.”

“We cannot be complacent. We cannot celebrate before we’ve done the job. We must recognise that this is a fight that we cannot afford to lose,” he added.

The clarion call for further climate action followed a day of growing criticism over a flagship deal to “keep 1.5C alive” by choking off international coal financing and phasing out coal power generation. Green groups, academics and business leaders have warned that the Powering Past Coal Alliance falls short on the ambition and pace required to meet the world’s climate targets.

The deal calls for developed economies to phase out the use of coal for electricity generation in the 2030s, and for smaller economies to follow in the 2040s. However, it does not include the world’s biggest coal-dependent economies – including Australia, China, India and the US – and a decision from Poland to join the alliance has also attracted criticism after it opted to meet the later phase out deadline of 2049, rather than to transition a decade earlier.

A US government spokesperson said phaseout targets “are very important, but they can’t be seen as an end in themselves” because they “have to be backed up by action”.

“The US is already moving forward on a just energy transition. President Biden’s first specific climate pledge was decarbonising the US energy sector by 2035. No one should doubt how serious we are about that,” the spokesperson added. 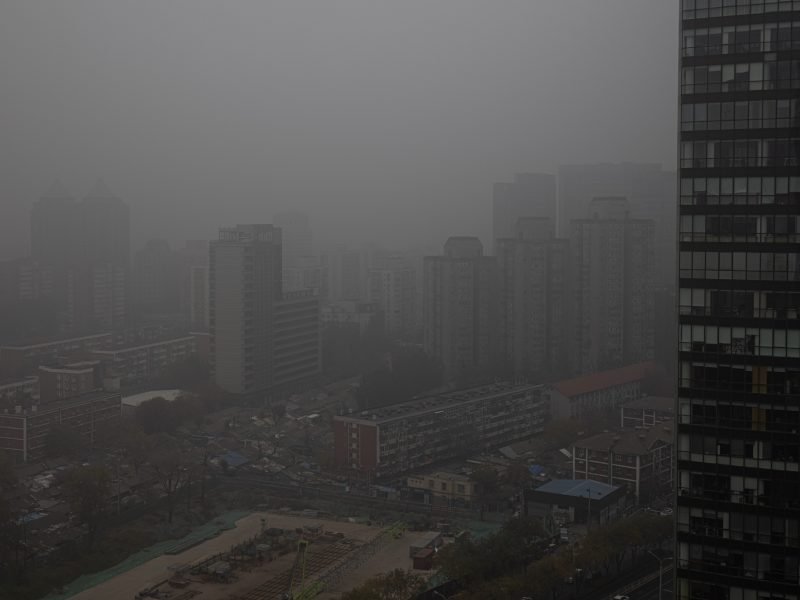 Indonesia, Poland, Vietnam and other nations pledged on Thursday (4 November) to phase out use of coal-fired power and stop building plants, in a deal at the COP26 climate summit that failed to win support from the United States and large coal consumers such as China.

Laurie Mompelat, a campaigner with Platform, said people “are crying out for real ambition and climate leadership – phasing out coal and financing for coal is the bare minimum we expect and falls far short of calls for climate justice and climate reparations by polluters, that billions of people around the world need from today’s politicians”.

Ignacio Galan, the chairman and chief executive of Iberdrola, the owner of Scottish Power and one of the largest clean energy companies in the world, said: “We need to close down coal completely, and demolish those stations. Otherwise, when we have short term market issues, there is always a temptation to run them again. There is no place for coal in a modern energy system.”

Valentin Vogl, from the Science Policy Research Unit (SPRU) at the University of Sussex, added that although phasing out coal for power generation was “to be celebrated” it would be “only half the battle” because coal used to make steel would continue to create emissions.

The ambition of the Cop26 president, Alok Sharma, to “consign coal to history” will also face challenges as governments grapple with how to phase out coal power without disadvantaging regions and communities which rely on coal for their local economies, according to delegates. Sharan Burrow of the International Trade Union Confederation said governments must focus on creating new jobs in the green economy.

Rajiv Shah, the president of the Rockefeller Foundation, told the COP26 conference that a just energy transition would also need to address the growing demand for electricity from billions of people currently living without access to reliable energy supplies, alongside the need to cut carbon emissions.

“That starts with political will,” he told an event hosted by the Energy Transition Commission (ETC). “But this Cop [summit] and the ETC will not be judged by what was said on this stage, but rather by the speed with which we implement these commitments. We need better plans.”

Shah called for faster moving finance, new technology, and improved regulation to “usher in the energy revolution”, otherwise “we’ll be back here next year, with more commitments, without the resources and performance to back it up”.

Tanguy Gahouma-Bekale, the chair of the African Group of Negotiators, described the international coal alliance as “very good news for the world” but stressed that developing countries would need time and funds for the phase out.

Gahouma-Bekale, who is also permanent secretary of Gabon’s climate council and special adviser to the president, Ali Bongo, said: “Our situation in Africa is different. We are still on our way to be developed. We can’t drastically stop coal and oil. For now we need to use it to eradicate poverty and access to energy. We will need support for the transition. And we need to be flexible. For five to 10 years, we must do the two together [coal and renewables] so the transition can be smooth.”

In Europe, governments have “had our triumphs” in creating a just energy transition away from coal, according to Laurence Tubiana, the chief executive officer of the European Climate Foundation, “but also our missteps”.

“One example, we have been overpaying utilities for ending coal but it was communities which should have the benefit of this public spending. It’s a warning. Justice and fairness is key to this transition,” she said. 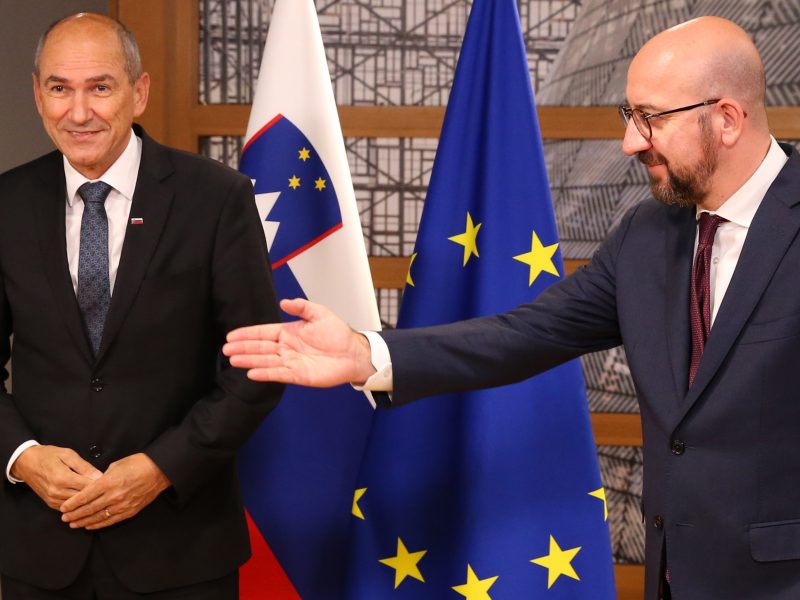 Representatives of the EU’s climate negotiating team at COP26, including EU presidency holder Slovenia and its chief negotiator Tina Kobilšek, reaffirmed their commitment to a successful outcome at the UN climate talks during a press conference in Glasgow on Thursday (4 November).