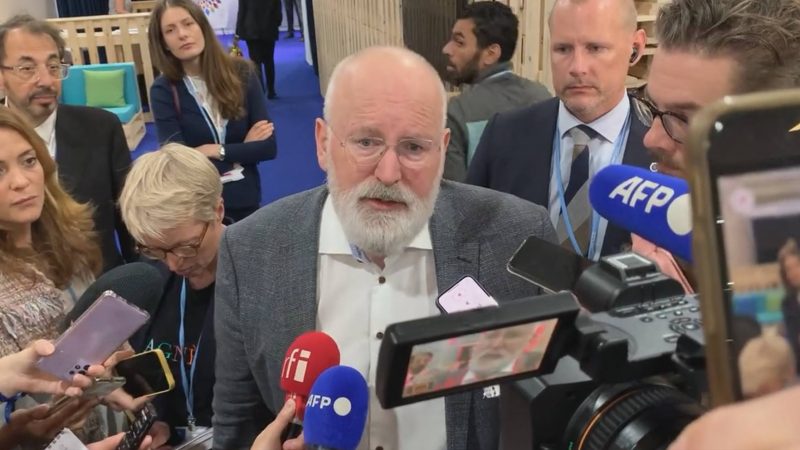 “I have to say this is our final offer,” said EU climate chief Frans Timmermans, explaining that EU member states would refuse to go further than this. [@TimmermansEU / Twitter]

The European Union signalled its willingness to establish a new fund to compensate for natural disasters caused by climate change but insisted that China contributes and that funding be tied to more ambitious climate goals, with a commitment to peak emissions by 2025.

The loss and damage issue has dominated this year’s COP27 summit, with more than 130 developing countries demanding that the meeting deliver a deal on a new fund to help them cope with the irreparable damage of floods, drought and other climate-fuelled impacts.

“What we would propose is to establish a loss and damage response fund for the most vulnerable countries,” EU climate policy chief Frans Timmermans told attendees on Thursday evening (17 November).

The United States and EU had previously resisted the idea, fearing it could open the door to unlimited legal liabilities that would translate into hundreds of billions in reparations.

The pair had earlier proposed a “mosaic of solutions” to address the issue of loss and damage, saying it would be quicker to mobilise existing money rather than to create a new fund.

But in the face of insistence from developing countries, Timmermans said the EU was now ready to make a step forward.

“We can live with a fund, but under two very important conditions: the fund should be targeted to the most vulnerable, and it should also have a broad funding base” so that major countries like China contribute as well.

The EU has presented a proposal that could see #COP27 agree to a #lossanddamage fund – targeted to the most vulnerable, reflecting the financial realities of 2022. It must go hand-in-hand with higher ambition on emissions reductions.

Here’s what I told the press this morning 👇 pic.twitter.com/PanBfwg8zh

China, as part of the G77 group of countries, proposed establishing the loss and damage fund under Article 11 of the UNFCCC, which was written in the 1990s.

“There we have a disagreement,” the EU climate chief said, adding that the funding base should reflect the economic situation of countries “in 2022 and not in 1992”.

He also insisted that the new fund be tied to “serious commitments” on emissions reduction, warning that “no amount of money on this planet” will be enough to address the issue of loss and damage unless efforts are made to cut emissions.

“Mitigation, adaptation and loss and damage all go together. So we will insist on this,” Timmermans added, saying the fund is “part of a package” that includes updating official climate pledges submitted to the UN, the so-called Nationally Determined Contributions (NDCs).

“In other words, NDCs need to be updated, we need to report yearly about where we are, we need to have an agreement that by 2025 we will peak our emissions, etc.”

The reference to 2025 appears directed at China. In its NDC, Beijing pledged to peak CO2 emissions “before 2030” without giving a more precise date.

“This is our final offer,” the Dutchman said, explaining that EU states would refuse to go further than this.

“I have to emphasise that the European Union has made a huge step forward. And in any negotiation, you make a step forward, and the other side doesn’t; at some point, it ends”.

“A lot of divergent views are still there. For us, the success of COP27 depends on what we get on loss and damage.”

Timmermans’ offer goes further than the United States has so far indicated it would be willing to go on loss and damage funding. Deals at COP27 must be made with support from all of the nearly 200 countries present at the talks.

“The US seems cornered,” one observer in the negotiations said. 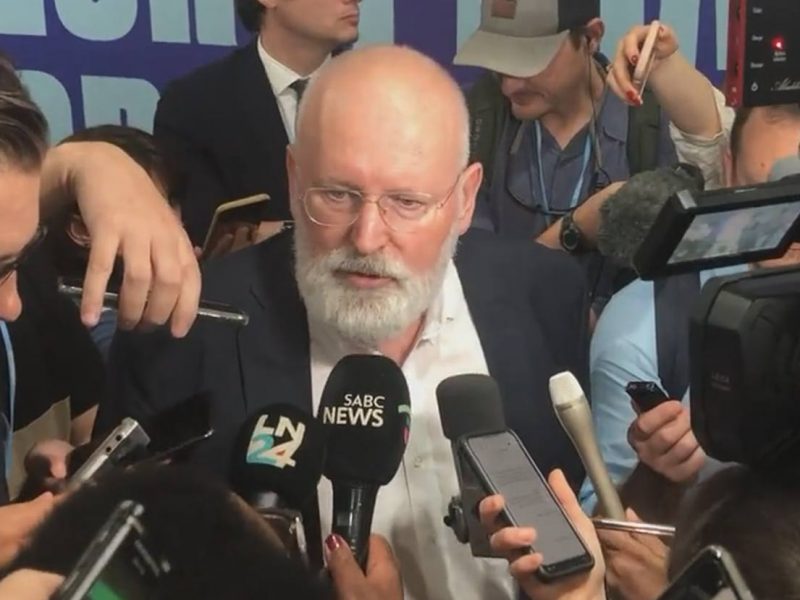 EU climate chief Frans Timmermans gave the strongest signal yet that the European Union is willing to consider a fund for climate victims – with a decision expected to be finalised at next year’s UN climate summit, the COP28.