In a video interview with the Financial Times, Lagarde stressed that climate protection remained a top priority even though the economic fallout from the coronavirus pandemic had dominated the ECB’s agenda in recent months.

“I want to explore every avenue available in order to combat climate change,” the former French finance minister said, adding that “money talks”.

The FT said it was “the first time” Lagarde had committed to examining climate-friendly changes to all the bank’s operations, including bond purchases.

Lagarde started her Frankfurt posting late last year with a pledge to pursue a “greener” monetary policy, raising the prospect that the bank could increase the share of climate-friendly investments in its portfolio.

The ECB describes “green bonds” as those “earmarked to finance investment projects with an environmental benefit”, as opposed to bonds linked to carbon-intensive industries or other “brown” sectors that contribute to global warming.

Lagarde’s climate ambitions are a key part of a major strategic review launched by the ECB in December.

Critics however say fighting climate change is the responsibility of governments, not central bankers who only have limited tools at their disposal.

The ECB has spent nearly €3 trillion since 2015 hoovering up government and corporate bonds to encourage spending and investment in the hopes of driving up growth and inflation.

Green bonds have accounted for only a fraction of the purchases to date.

By 2018, the ECB held 24% of eligible green public sector bonds issued in the euro region and nearly 20% of green corporate bonds.

But the market is growing rapidly and bigger players are joining in.

The German government plans to issue its first green bond in September to finance environmental projects. 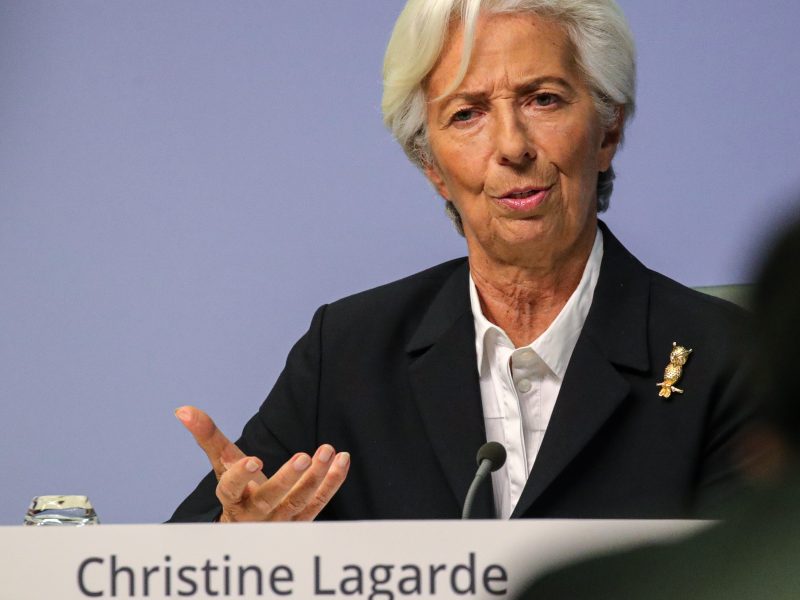 ECB's Lagarde warns of 'danger of doing nothing' on climate

ECB chief Christine Lagarde on Thursday (23 January) said the bank would study what role it could play in combatting climate change as part of a major policy review, warning of “the danger of doing nothing”.