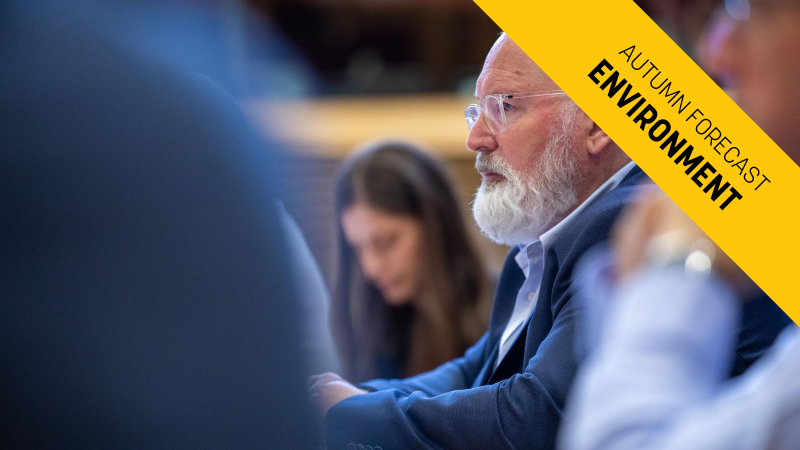 EU climate chief Frans Timmermans said he "would be surprised" if the Commission’s impact assessment does not recommend a 55% reduction in greenhouse gas emissions by 2030. [European Union, 2020 Source: EC - Audiovisual Service]

An “impact assessment” study, due also in September, will evaluate the costs and benefits of raising the EU’s 2030 climate goals, in line with the bloc’s overarching objective of cutting emissions down to net-zero by mid-century.

“We are working on the impact assessment as well as the proposal to come out in September,” said Vivian Loonela, the EU Commission spokesperson in charge of the European Green Deal.

The objective is to reduce EU greenhouse gas emissions to “at least 50%” below 1990 levels “and towards 55%,” Loonela said at a regular press briefing on Tuesday (18 August).

The Commission’s cost-benefit study will come under intense scrutiny from European capitals, which have grown wary about the economic burden of higher climate goals at a time when the coronavirus crisis is sending the EU economy into recession.

While some industries are expected to grow – like renewables, energy and construction – some like oil, gas and coal are set to “decline” while others like the car sector “are likely to transform,” the European Commission admitted in a preliminary analysis published in March.

Based on the full study – which is expected to be hundreds of pages long – the EU executive will then decide whether to propose an EU-wide emissions reduction target of 50 or 55% by 2030, up from 40% currently.

The EU’s updated climate goal is the centrepiece of the EU’s flagship Green Deal initiative and a key political commitment made by Commission President Ursula von der Leyen who branded it as Europe’s “new growth strategy” when she took office in December.

But what difference will a 50 or 55% target make for the climate and the economy? Georg Zachmann, a senior fellow at the Brussels-based economic think-tank Bruegel, says it could mean a lot.

“The additional 5% of emission reductions correspond to about 280 Mt in 2030,” the equivalent of the emissions of all lignite power plants in 2019 or more than a quarter of 2019 EU transport emissions, Zachmann says.

As such, going for 55% instead of 50 “will require substantial efforts,” he told EURACTIV in emailed comments.

However, going for the upper benchmark could prove a step too far for Eastern EU countries, many of which rely on traditional polluting industries and fear the social and economic upheaval caused by the green transition.

“Above all, the impact assessment should be realistic,” said the environment ministers of Bulgaria, Czechia, Hungary, Poland, Romania and Slovakia.

“We would like to avoid a situation where we are left wondering what are the real social, environmental and economic costs for us all,” the ministers said in a letter to the Commission dated 13 July.

“A thorough analysis is an indispensable element if we don’t want to leave anyone behind in our transformation,” they continue, saying Brexit and the coronavirus outbreak have radically changed the economic context in which the EU’s climate policies are being shaped.

“We are experiencing a global pandemic that will not end soon and there might be others to come. This is no longer business as usual, so neither the IA should be,” the six ministers wrote in the letter.

The Commission until now seems more inclined to opt for the higher of the two benchmarks.

EU climate chief Frans Timmermans said during his Parliament confirmation hearing in October that he “would be surprised” if the Commission’s impact assessment does not recommend the 55% option. A 55% target is also believed to be the political consensus in the European Parliament, which will have its full say on the EU’s 2030 climate objective, on equal footing with the 27 EU member states.

Moreover, the Commission’s “inception” cost-benefit study, launched at the end of March in the midst of the coronavirus outbreak, was seen as preparing the ground for a 55% target.

A lower climate benchmark for 2030 would require steeper emission cuts by 2050 to reach the bloc’s net-zero objective, the Commission said in its March analysis, arguing for “a more balanced reduction pathway from 2020 to 2050” in order to “redistribute in time the transition effort”.

“If we don’t act now on the climate crisis, this would mean that acting afterwards will make it even much more expensive,” said Vivian Loonela, the Commission spokesperson in charge of the Green Deal.

Even so, proponents of more ambitious climate action say a 55% target would not be enough to put the EU in line with the Paris Agreement, which seeks to contain global warming to 2°C maximum, and aim for 1.5°C.

Limiting warming to 1.5°C “would either call for a 60-65% 2030 target, or much more rapid reductions after 2030,” says Mirjam Wolfrum from CDP Europe, a Berlin-based organisation which aims to make environmental reporting and risk management a business norm.

According to Wolfrum, adopting a higher target for 2030 could mean trillions of euros in avoided costs caused by climate-related disasters such as storms, floods, and heatwaves.

“An extra 0.5°C of warming will be catastrophic. It could cost the global economy up to $15 trillion in additional climate impacts, add 10 cm to the rise in sea levels, and multiple by 10x the chance of an ice-free Arctic Ocean in summer,” she said.

“Setting its 2030 target at the right level will make a fundamental difference to our economy and society,” she wrote in an op-ed for EURACTIV.

The European Commission has proposed to strengthen its 40% greenhouse gas emission reduction target to 50% or 55% on 1990 levels in the next ten years. But this step does not meet the minimum level of ambition that climate science, …

Still, all EU countries will be wary about the cost of the green transition at a time when Europe is expected to suffer its deepest recession in history due to the coronavirus.

“Priorities of heads of state and governments clearly shifted to dealing with COVID. This makes an ambitious compromise less likely,” says Georg Zachmann from the Bruegel economic think-tank in Brussels.

“Even countries like Germany that publicly subscribe to higher European targets, will not unconditionally fight for them,” he told EURACTIV in emailed comments.

To Zachmann, the impact in terms of jobs and growth will largely depend on the policy measures that will be applied in different sectors. “For a compromise, the question of how the efforts are shared among member states might be more important than the level of the target,” Zachmann said. 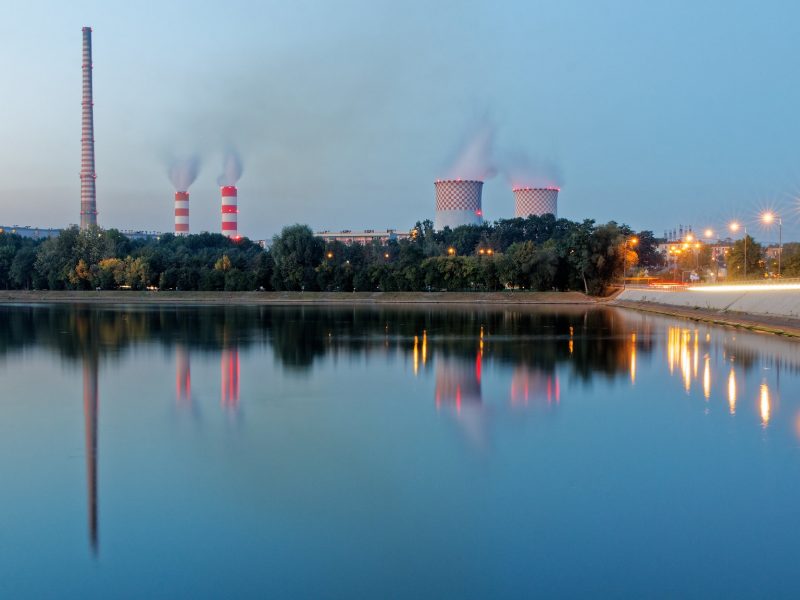 How the coronavirus outbreak affects the EU's 2030 climate targets