A group of demonstrators protest with placards for cleaner air and against diesel emissions outside of the Berlin Administrative Court building, in Berlin on 9 October 2018. [EPA-EFE/FELIPE TRUEBA]

The German chancellor and the French president should better coordinate the climate and energy transitions in their countries, German and French environmental organisations demanded in a statement released on Friday (23 November).

EU member countries can only plan the socio-ecological transition together with their neighbours, stated the signatories. Germany and France have a particular responsibility to lead the way in the EU and to set a positive example.

“While German-French cooperation has already delivered good results in other policy areas, it is futile to look for ambitious decisions with respect to climate and energy policy,” criticised Mateja Kahmann from the German nature conservation organisation DNR, an umbrella association of German environmental organisations.

She said that both countries had repeatedly pointed to the changes required in the other. In other words, less nuclear energy in France’s electricity mix and the phasing out of fossil fuels in Germany.

However, there are joint projects between the two countries.

For instance, the German Federal Minister for Environment Svenja Schulze and her then French counterpart Nicolas Hulot decided to establish a joint working group on climate change in the summer. This was in order to intensify cooperation on climate change and to discuss common positions on the energy transition, instruments to promote sustainable funding and CO2 pricing.

But the environmental organisations said that both countries underestimate the fact that most EU citizens would support an ambitious climate and energy policy. Such a policy could also restore confidence in a progressive Europe that is worth protecting.

The statement was released at a time when important decisions about climate protection and the energy transition are being made.

In France, a decision about reducing nuclear energy will be made this week with its multi-annual energy plan.

In Germany, the “Coal Commission” [Kohlekomission] is working on a final report on the phasing out of fossil fuels.

Moreover, on 28 November, the European Commission will publish its long-term climate strategy for the period until 2050.

The socio-ecological transition can only succeed with European cooperation

Why France and Germany have to cooperate for a sustainable and just Europe in the field of climate protection.

German-French cooperation has always played a central role in shaping European integration and implementing key political initiatives at European level. More than half a century ago, our countries’ new friendship contributed to establishing peace, trust, prosperity and security in the European Union.

As shown by the recently published report on limiting global warming to 1.5°C by world-leading climate scientists from the Intergovernmental Panel on Climate Change (IPCC), Europe and the world face an unprecedented challenge. Namely, combating climate change to ensure the survival, the security and the well-being of humans and nature.

Europe has already been seriously affected by climate change. Floods, heat waves and droughts, which endanger the lives and the livelihoods of European citizens and cost our societies billions of euros every year, are becoming increasingly frequent.

The European project itself faces a major political crisis, with the strengthening of nationalist, anti-democratic and anti-European movements, which also call into question the past achievements and future of the European Union.

Both crises are closely related. In order to resolve these, the EU member states’ short-term national interests have to be overcome and there has to be a response to the citizens’ needs.

In order to restore Europeans’ lost trust in the European project, we need a new social contract for a sustainable and just Europe. The latest elections in Germany, many protests in France and Germany and surveys throughout Europe have shown that society is calling for an ecological transition which benefits all Europeans and future generations.

Our message is a positive one: transforming our societies to limit global warming to 1.5°C is an investment in citizen’s wellbeing and a modernisation programme for our society and our economy.

The green transition will not only lead to a drastic reduction in air pollution, which is responsible for 500,000 premature deaths in Europe every year, it will also help in the fight against energy poverty, provide healthy and high-quality food and create more green jobs in the sectors of renewable energy, sustainable transport and sustainable infrastructures, building renovation and more efficient industries.

We firmly believe that France and Germany have a particular responsibility to get Europe back on the course of climate protection.

We, French and German civil society organisations, together call on President Macron and Chancellor Merkel to fight for the whole EU to set out to reduce its emissions to zero well before 2050, and to immediately take measures to adapt the short-term climate objectives and climate policies accordingly.

The current inadequate EU climate objective for 2030 has to be improved significantly and the next EU budget has to be designed in such a way that fossil fuels are not subsidised.

At the UN climate change conference in Poland and December, France and Germany must not only ensure that the EU retains its credibility as a leader in combating climate change, but also work to ensure that every country accelerates its climate protection measures.

At a time when the American government and Brazil are turning their backs on climate protection, Europe has to adopt every possible diplomatic instrument to convince the states parties to fully participate in implementing the Paris agreement.

This also includes the EU creating pressure, if necessary, to suspend trade agreements and to increase the amount of financial solidarity for developing countries.

France and Germany now have to lead the way and drastically reduce their emissions so that they can still achieve their objectives for the climate and energy transition by 2020.

In addition, an appropriate minimum price for CO2 has to be established and plans have to be made for the implementation of a future energy supply from 100% renewable energy.

Ultimately, the German-French coordination has to involve far-reaching transformations in all areas, for example through an extensive transition in transport to clean modes of transport and electrification, and also through clean and efficient heating and sustainable agriculture.

All of the solutions are here, we just have to unlock the political will. Emmanuel Macron and Angela Merkel already made first commitments in Meseberg in June this year.

We, organisations from French and German civil society are calling on our governments to initiate a new social contract for a progressive, just and sustainable Europe to the benefit of all Europeans and the environment.

Ministers from ten EU countries have urged the European Commission to chart a "credible and detailed" path towards net-zero emissions in 2050, ahead of the launch of a landmark climate strategy next week. 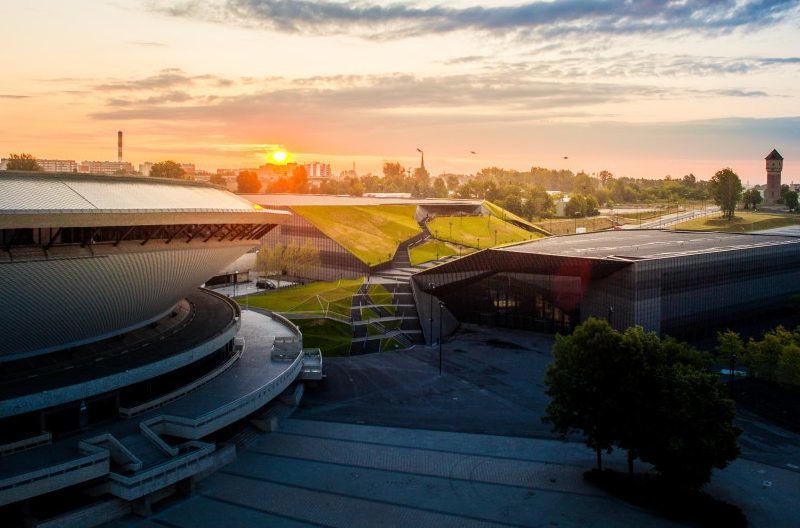 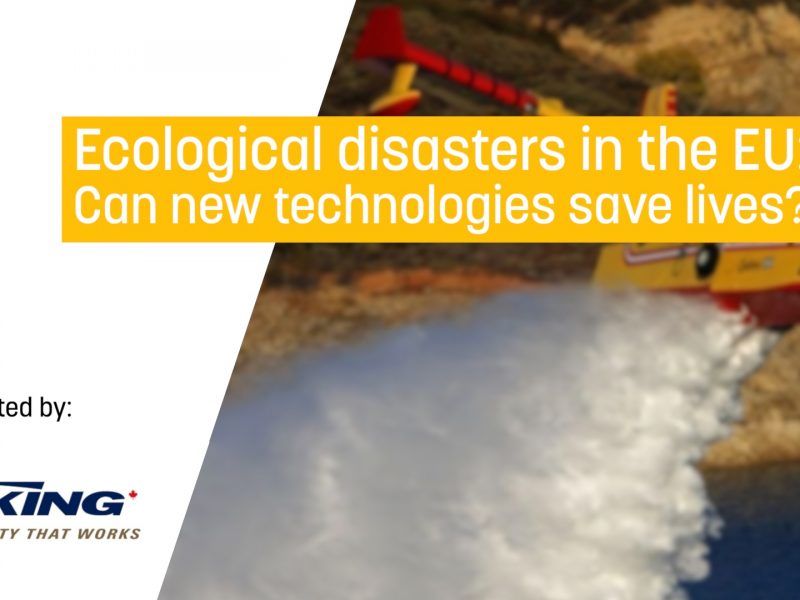 Ecological disasters in the EU: Can new technologies save lives?

Over the past two years, the EU has seen a wide range of natural and ecological disasters. In November 2017, the European Commission revealed ambitious new plans to strengthen Europe's ability to deal with natural disasters.