French President Emmanuel Macron (R) and Austrian-born US actor and former US Governor of California Arnold Schwarzenegger (L) take a selfie with young people in front of the Eiffel Tower illuminated in green, aboard a boat cruising on the Seine river back from the One Planet Summit in Paris, France, 12 December 2017. [Thibault Camus / EPA-EFE ]

The European commission has announced funding of €9bn (£8bn) for action on climate change, one of a flurry of measures from governments, businesses and investors aimed at achieving the goals of the 2015 Paris agreement.

The EU funds will form part of the bloc’s External Investment Plan, and will be focused on sustainable cities, clean energy and sustainable agriculture. The announcement was made at the One Planet Summit in Paris on Tuesday, held to mark the second anniversary of the landmark 2015 pact.

French president Emmanuel Macron hailed the progress made at the event and said it was possible to create alternatives to the fossil-fuel driven economy, but that more effort was needed globally.

Miguel Arias Cañete, commissioner for climate action and energy for the EU, said the Paris agreement was already resulting in more investment flowing to moves to combat global warming. He said: “These kinds of investments are of critical importance if we are to move from aspirations to action. The EU’s plan will scale up much-needed investments across Africa and the EU neighbourhood region.”

He said new jobs would be created, and the knock-on effects would include poverty reduction, improved health and better access to technology in poorer regions.

Neven Mimica, commissioner for international cooperation and development, added that the aims included supporting the digitalisation of small and medium-sized companies, essential for sustainable development and reducing poverty.

The EU and its member states are the world’s biggest providers of climate finance, with a total of more than €20bn provided to developing countries last year. 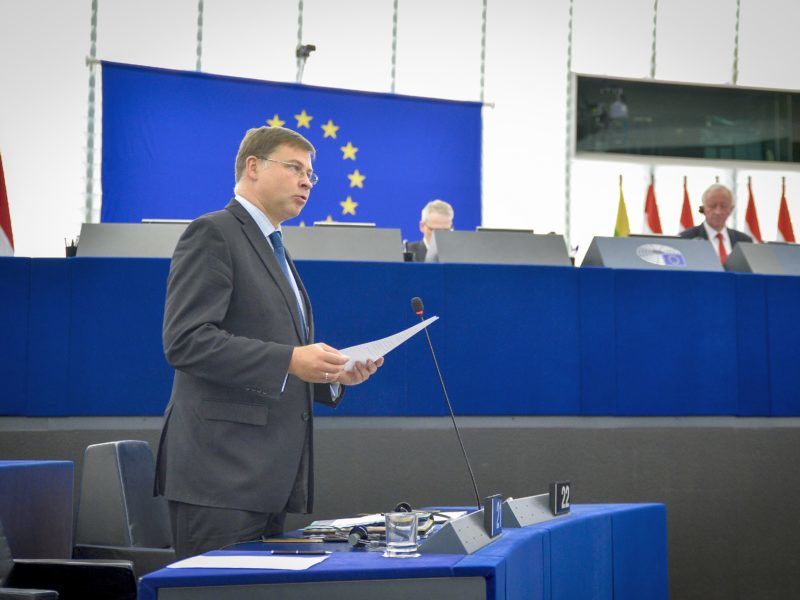 The Commission is working on its climate reporting project to be announced next spring, but Commission vice-president Valdis Dombrovskis already announced support for a relaxation of prudential regulations for green projects. EURACTIV France reports.

Other measures unveiled at the conference included large companies, such as the French insurer Axa and the ING bank, partially divesting from fossil fuels, and local governments from across the world signing up to improved goals on cutting greenhouse gas emissions.

Theresa May, the UK prime minister, said developed countries had a responsibility to help the world’s poor adapt to the expected ravages of climate change, and pledged £140m to poor countries to help them do so.

However, the Liberal Democrats attacked her participation, arguing that the government had failed to put the UK on track to achieve its goals on emissions reduction, for instance by withdrawing support for clean energy and selling off the Green Investment Bank, a move which was criticised by the government watchdog. Lynne Featherstone, the Lib Dem spokeswoman on energy and climate, said: “I don’t know how Theresa May has the front to show her face [at the international conference]. Her record on the environment is a disgrace – she has failed to take the ambitious steps needed to decarbonise our economy and protect our planet.”

The World Bank vowed to phase out most of its finance for oil and gas by 2019, and publish more data on the impacts of its investments on climate change. The group, which has been criticised by environmental campaigners for failing to take action on its fossil fuel investments in the past, also formed a partnership with the Global Covenant of Mayors aimed at providing $4.5bn for cities to adapt to the effects of climate change. 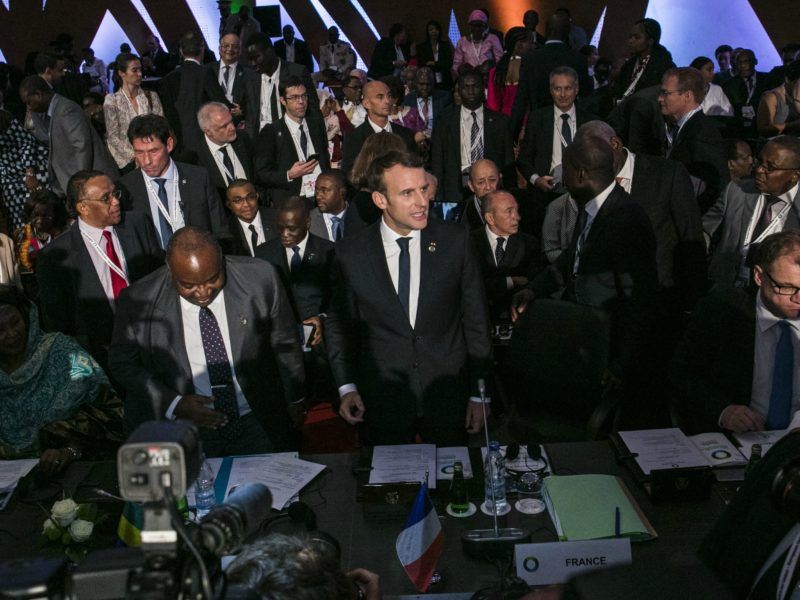 Bill Gates, one of the world’s richest men, also joined the pledges, vowing that his philanthropic foundation would devote $300m (£225m) to helping the world’s poorest farmers adapt to the effects of climate change.

The Bill and Melinda Gates Foundation will spend the sum over the next three years, providing smallholders in sub-Saharan Africa and Asia with the means to protect their farms from the droughts, heatwaves and floods that are expected to be the result of a changing climate. The money will be spent through governments and direct grants.

Nick Austin, director of agricultural development at the foundation, told the Guardian he expected poor farmers to bear the brunt of climatic changes, at a time when the world’s burgeoning population is putting ever greater pressure on food supplies.

Adaptation to the effects of climate change, also termed resilience, has become a greater focus for environmentalists as scientists have warned that some changes to the climate are becoming inevitable, even if the world succeeds in limiting global temperature rises to 2C.

Austin said: “We recognise that adaptation has been a vastly under-invested opportunity . [There is] an upside in economic opportunities for resilience to climate change. Agriculture will benefit, but there is still a long way to go.”

In a separate move, Microsoft will spend $50m on artificial intelligence technology aimed at protecting the planet against climate change, the company said on Tuesday.

He gave the example of using artificial intelligence to create “smart” buildings, that would use less energy by responding to and anticipating their occupants’ behaviour. It could also be used in agriculture to increase crop yields in the face of the effects of global warming, which is expected to cause droughts, floods and heatwaves across the globe. 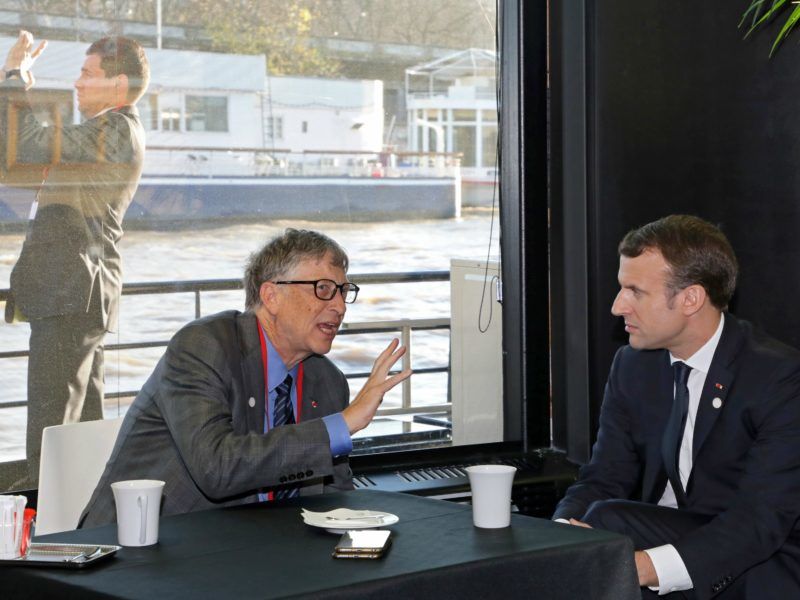 The European Union together with the Bill and Melinda Gates Foundation pledged on Tuesday (12 December) more than €500 million over the next three years for research and innovation in agriculture.

However, not everyone was impressed by the deals emerging from the One Planet summit. Brandon Wu, director of policy and at ActionAid USA, said the poor were still being short-changed by rich countries.

“Despite the hype, the One Planet summit delivering little for the world’s people who are most vulnerable to climate change,” he said. “People in poor countries already living with increasingly severe hurricanes, floods and other disasters made worse by the climate crisis, need commitments for real money from rich countries.”