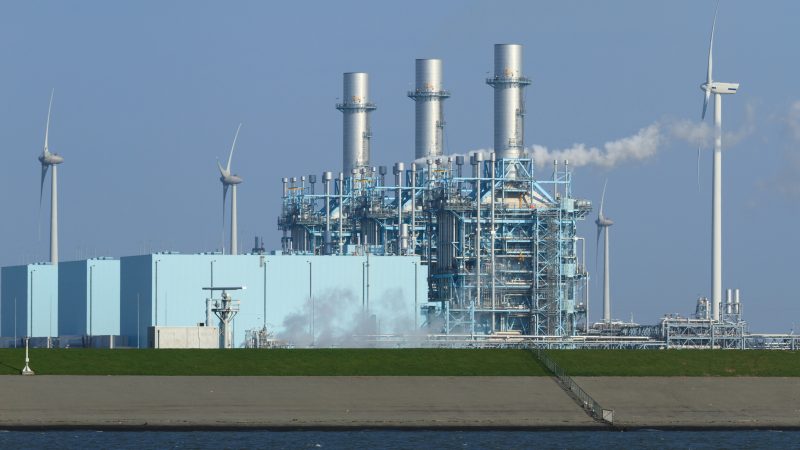 The Nuon Magnum power plant in Eemshaven, Groningen, in the Netherlands. The new multi-fuel power station can run on gas, biomass and coal. A project is currently underway at the power station to convert one of its units to run on hydrogen by 2023. [Sander van der Werf / Shutterstock]

The director of CINEA, a recently established EU agency managing €55 billion in EU funding for clean energy and transport, has told EURACTIV about the challenge of ending fossil fuel projects entirely, saying coal and natural gas assets “are not simply going to go away” and need to be managed during the transition.

With its €55-billion portfolio of EU-funded programmes running until 2027, the agency has “a clear focus on climate and environment,” said its director, Dirk Beckers.

Among other energy-related programmes, the agency manages €9.5 billion in research and innovation funding until 2027 in areas such as bioenergy, solar, wind, geothermal, heating and cooling, tidal, wave, and hydropower, he said.

All of these are geared towards the EU’s decarbonisation goals, with the aim of reaching climate neutrality by 2050.

“Both renewable and energy efficiency European policies are aligned towards ambitious decarbonisation goals for 2030 and 2050” and “will enable this transition to happen faster, safer but also more efficiently,” he said.

For example, projects related to floating wind turbines have contributed to improved performance and cost reductions in the technology. Other projects, meanwhile, aim to improve the integration of photovoltaic panels into buildings in order to improve their performance while reducing costs.

CINEA did not start from scratch, though. The agency was built from the former Innovation and Networks Executive Agency (INEA), which managed previous EU programmes with different political objectives.

The most noteworthy is the Connecting Europe Facility, an EU programme dedicated to cross-border transport and energy infrastructure. With €31 billion under management, CEF covers more than half of the agency’s €55 billion funding for the 2021-2027 period, the bulk of which is reserved for transport infrastructure.

“The CEF Energy programme supported 66 Actions in the field of gas infrastructure projects in the last seven years” for a total of €1.5 billion, Beckers told EURACTIV.

Natural gas is a fossil fuel that green campaigners and the European Commission agree must eventually be phased out in order to reach climate neutrality.

But according to Beckers, fossil fuel projects are not totally over yet for CINEA. The agency currently has four ongoing projects dealing with “flexible power plants” which are related to fossil fuels, he said.

The main objective of these projects is to “transform coal-fired power plants into biomass-fired combined heat and power plants to help to decarbonise the energy market” and increase their flexibility, he explained.

Their funding will stop when the projects end, which is expected “in the next three years,” Beckers said.

Asked about the reason for continuing such projects, Beckers said they were motivated by the need to ensure a smooth transition away from fossil fuels.

“We need to be aware that despite the remarkable developments and the significant investments in clean energy technologies, the energy transition will still take some time, even in Europe, which is a world leader in those areas”.

Power plants running on fossil fuels need to be managed during the transition in order to ensure continued supplies of affordable energy to European consumers, he argued.

“We will need to ensure that during the transition phase our energy system will remain stable, reliable and well-functioning,” Beckers said. “This means that fossil-fuel power plants are not simply going to go away and we have to manage them best as they constitute significant sunk costs and are still needed for balancing the grid in some cases.”

Environmental groups, however, beg to disagree.

“We totally see the point of allowing time for the transition, but not switching off gas plants tomorrow doesn’t mean that we need to invest public funds in more fossil fuels,” said Elisa Giannelli, senior policy advisor at E3G, a climate think-tank.

“EU resources should not be funding low ambition or business as usual, but the cutting edge,” she told EURACTIV in emailed comments.

If the funds managed by CINEA support fossil projects, it is because of lack of coherence in the EU budget, she argued.

Beckers maintains that the remaining fossil fuel projects managed by CINEA are focused on increasing the flexibility of power plants so they can act as a backup to variable renewable energy sources like wind and solar.

As such, they allow a higher percentage of renewable energy sources and decreases the overall greenhouse emissions of electricity production, he argues.

But Giannelli rejected those arguments.

“The most important thing is that we do not need any public support for fossil fuel installations or infrastructure, neither for balancing the network nor for expanding infrastructure at transmission or distribution level,” she said.

“Public funding would be better employed supporting energy efficiency and renewable energy rollout, especially when seeing the impact of the gas prices.”

The Connecting Europe Facility (CEF) itself has evolved over the years. Now in its second iteration, the CEF programme funds cross-border transport projects, the integration of the European energy market, and the digital transformation of the economy, bolstering the roll out of high-capacity networks.

Some €25.81 billion of the facility will go to transport projects, of which €11.29 billion is reserved for poorer EU regions and countries. Energy projects will see €5.84 billion in funding, while digital projects can avail of €2.06 billion.

An additional future source of funding for CINEA will come from the regulation on Trans-European Energy Networks (TEN-E), which is currently being negotiated by legislators.

As part of the ongoing talks, the European Parliament has voted to exclude gas pipelines from EU funding – albeit with a few exceptions.

According to Beckers, the revised TEN-E regulation will bring a change in the type of projects the agency deals with, “such as the inclusion of hydrogen pipelines”. 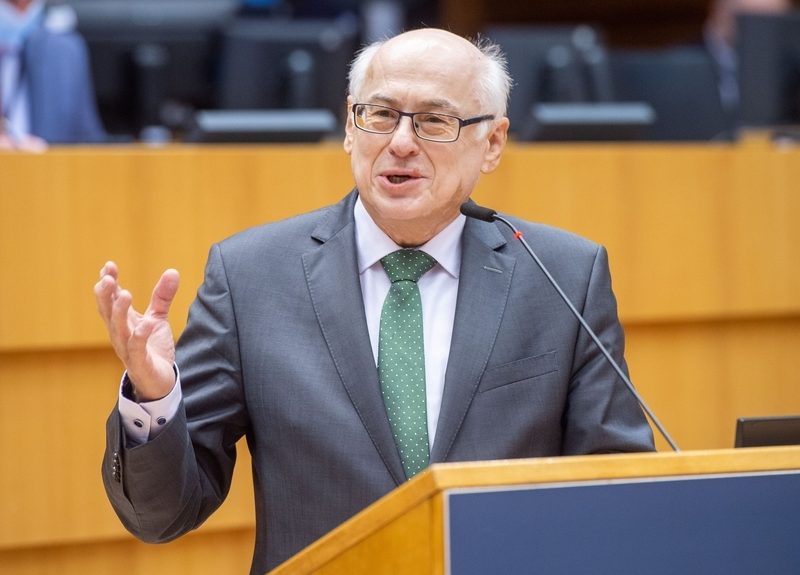 Lawmakers in the European Parliament voted on Tuesday (28 September) to remove support for fossil gas in EU funding rules for cross-border energy infrastructure known as the TEN-E regulation.