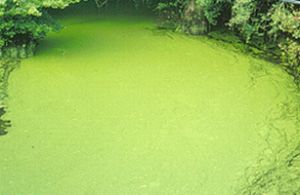 EU member states agreed on Tuesday (15 November) to proposals aimed at reducing the use of phosphorus compounds in dishwasher and laundry detergents, taking a decisive step in tackling the formation of algae in Europe's waters.

The decision, taken by EU member states' representatives, gave the green light to ban the use of phosphates in household cleaning products.

The amended EU regulation aims to reduce the levels of phosphorus compounds found in wastewater that produce 'eutrophication' or the formation of blue-green algae that starve fish of oxygen in lakes and streams.

This issue had attracted the attention of the EU which had threatened member states with possible sanctions.

The new restrictions, which were not included in the initial proposal from the European Commission, relate to banning phosphates use in dishwashers, not only laundry products, a move that was welcomed by the European Parliament.

"Today's news that member states have accepted to extend the restriction on phosphorus to consumer automatic dishwasher detergents is a triumph,"  said Bill Newton Dunn, a liberal MEP from the UK, and Parliament rapporteur on the dossier.

"Five months ago today the Parliament's Environment Committee adopted my proposal for this extension, because we believed it was a straightforward, effective and cost-efficient way to make detergents, which are used every day in households across the EU, more environmentally friendly."

"I am delighted that five months later the Council has finally been able to agree with us."

The regulation will also lead to the harmonisation of national provisions regarding the use of phosphate laundry and washing machine detergents, allowing greater freedom movement for those goods.

"As a consumer, I would like to choose the least harmful products where possible. Ensuring that in the future all detergents on supermarket shelves will contain only tiny amounts of phosphorus is one way to help achieve this goal," Newton Dunn said.

The full Parliament is now expected to give its final green light on the amended regulation during a plenary vote on 13-15 December.

The European Commission had proposed in 2010 to ban phosphate and other phosphorus compounds in laundry detergents.

An existing Regulation (EC) No 648/2004 is aimed at reducing the phosphates found in wastewater and to improve water quality.

The draft regulation at the time did not make any specific mention to automatic dishwashers detergents or the ones used by professionals as "economically feasible alternatives".