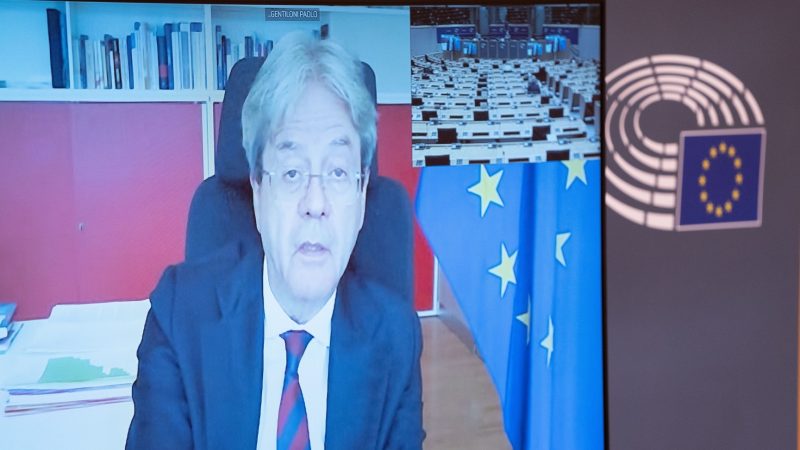 "I have made some preparatory contacts myself, specifically with the Belgian authorities,” said Paolo Gentiloni, the EU’s economic Commissioner. [© European Union 2021 - Source : EP]

Last month, the German government established a reconstruction fund of €30 billion to cover the damages caused by the July floods, which killed 184 people in Western Germany and left 42 dead in Belgium.

In Greece, meanwhile, the government authorised a €500 million relief package in response to the wildfires that ravaged the country in August.

For Athens and Brussels, the expenditure related to this year’s climatic events is putting an additional strain on public finances, which are already under scrutiny at EU level as part of the Stability and Growth Pact.

Although EU fiscal rules are currently suspended due to the coronavirus pandemic, this year’s floods and wildfires will eventually weigh on public debts and deficits.

“Member states indeed certainly have to engage funds in order to deal with the consequences of such catastrophes,” said EU Commission chief spokesperson Eric Mamer in response to a question from EURACTIV about the economic costs of this year’s climate-related disasters.

Mamer pointed to the EU solidarity fund as a potential source of support for affected EU member states.

In addition, the European Commission may also decide to exclude short-term crisis expenditure from the calculation of public debt and deficits, the EU executive said.

“Under EU fiscal rules, short-term emergency costs in response to exceptional major natural catastrophes may be classified as one-offs and thus excluded from the calculation of a Member State’s structural fiscal effort when assessing compliance with the Stability and Growth Pact,” a European Commission spokesperson said.

There are precedents in Italy, where “emergency costs related to the earthquakes in Abruzzo and Emilia as well as other natural disasters have been taken into account in the past,” the spokesperson told EURACTIV in e-mailed comments. 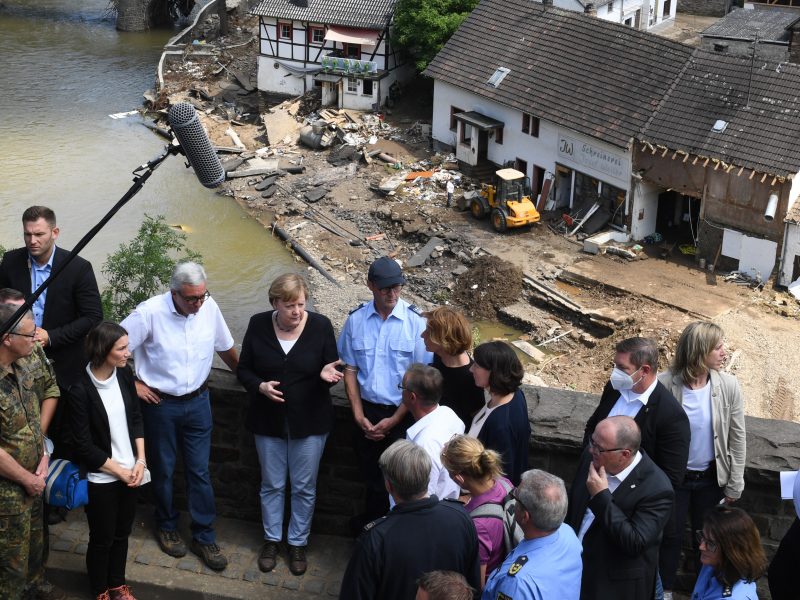 EU member states can indeed propose that costs associated with certain events be considered as exceptional, or “one-offs”, in letters submitted to Brussels as part of their annual draft budgetary plans. The Commission may also decide to classify costs as exceptional independently, without having received any specific request to do so from the relevant EU countries concerned.

In Athens, a government source said the EU executive should consider excluding the costs of this year’s wildfires from Greece’s debt calculation, saying the “extreme circumstances in Southern Europe” justify the move.

In Germany, the finance ministry did not respond to a request  for comment on whether a demand would be made to exclude the costs of this year’s floods from the country’s 2021 debt.

“We will present an updated economic forecast this autumn which will factor in the impact of these events,” said Daniel Ferrie, EU Commission spokesperson on financial stability.

Separately, EU countries can also invest in flood or fire defences as part of national plans submitted to the European Commission to tap into the EU’s €750 billion recovery fund from the COVID-19 crisis.

“However, we have not received any such request so far, I have only made some preparatory contacts myself, specifically with the Belgian authorities,” said Paolo Gentiloni, the EU’s economic Commissioner.

“Modifying national plans requires a consistent investment cost assessment for the reconstruction that is required, but I think it is possible for such a process to be mobilised in the coming weeks or months,” Gentiloni said last week during a joint hearing of the European Parliament’s budgetary and economic affairs committees.