Pascal Canfin warned that the EU "should be tough" during the next round of Brexit talks. [Photo: EP]

French MEP Pascal Canfin told reporters on Monday (27 January) that the EU “should be tough” and “shouldn’t be afraid of an economic no-deal in December”, as the next round of Brexit-based negotiations loom on the horizon.

The talks will determine what sort of relationship the UK and EU will have after the transition period ends on 31 December and Canfin made clear that divergence from bloc rules will make trade relations more difficult.

“Talks haven’t started on the right path, with the UK government saying it wants full [single market] access but also divergence. To me that is like the EU asking for full alignment but with quotas,” the lawmaker warned. 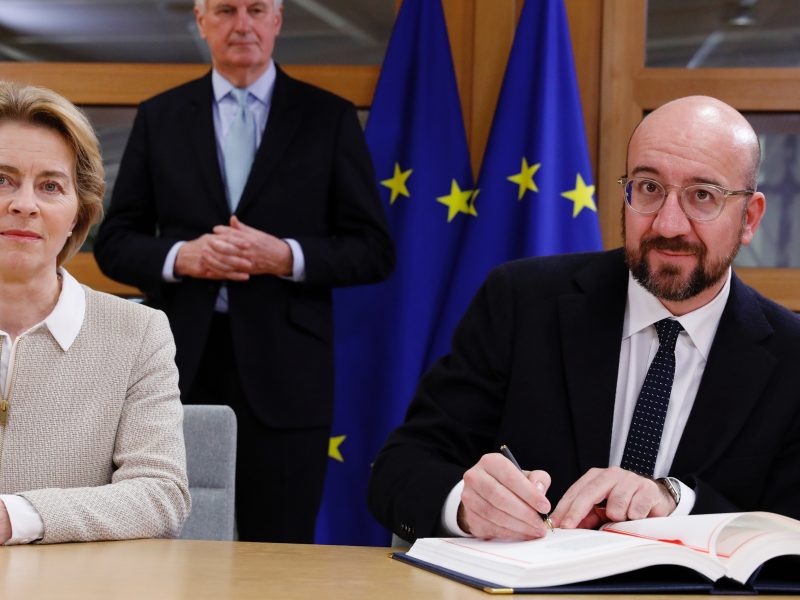 Brussels’ two top officials, the presidents of the European Commission and the European Council, signed off on Britain’s EU divorce agreement Friday (24 January).

As head of the Parliament’s environment committee (ENVI), Canfin will help advise negotiators on related issues during the talks, citing carbon markets as a tangible example of where difficulties might arise.

The UK is currently a part of the EU’s emissions trading scheme (ETS) but the government plans to leave the carbon market and set up its own carbon-pricing equivalent. Canfin told reporters that “the markets have to have the same price”.

“For the EU’s industry, you can’t accept that the UK has full access” to the EU’s single market while a lower carbon price is on offer across the Channel, he insisted.

UK government documents from 2018 suggest that a British equivalent would add up to around €35 per tonne, while the EU ETS currently trades at roughly €25, although the price is expected to increase as new green policies are signed and delivered.

“We started designing the carbon border adjustment mechanism. We might imagine that we will apply this mechanism to the UK in order to restore the level playing field,” Canfin suggested, referring to a new tool aimed at preventing ‘climate dumping’.

The Renew Europe MEP also cited carbon markets when asked if the UK would only be expected to accept EU laws as they stand on the day a new trade deal is signed or if it would have to comply with updates and reviews, known as ‘dynamic alignment’.

Canfin replied that “for the EU team, it’s about no-regression clauses, so you can’t diverge regarding current EU law”, adding that updates to climate rules like the ETS will soon be on the cards with the new Green Deal agenda presented by the European Commission last month. 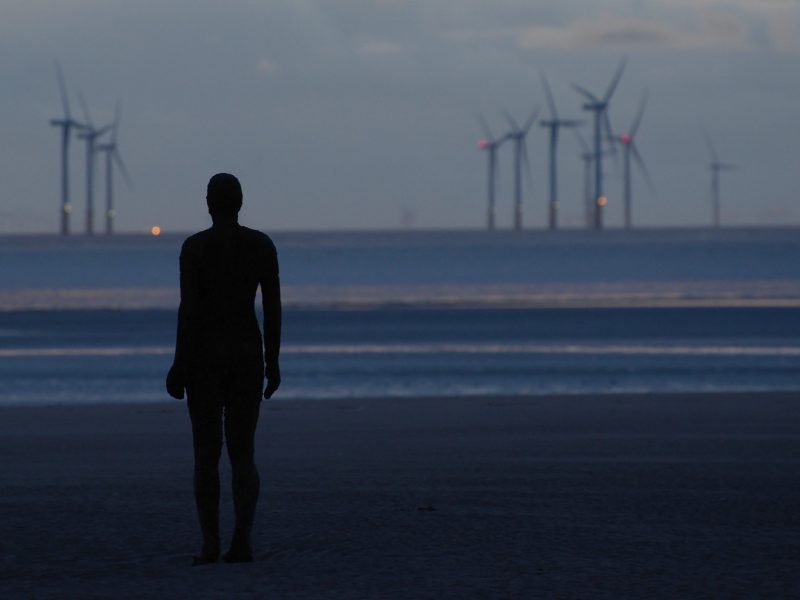 Adopting a carbon border tax is not a given as far as the EU is concerned, although Commission President Ursula von der Leyen has insisted that it will be deployed when and where it is needed.

Heavy industry says that it is a prerequisite for further decarbonisation efforts, in order to maintain Europe’s competitive edge against products and goods from rivals like China and India.

EU trade chief Phil Hogan recently told EURACTIV that the “jury is still out” on how the tax would actually work, refusing to comment on the finer details of the idea until an ongoing feasibility study is completed.

“I expect it will be 2021 or later this year before we see a paper or some conclusions coming out of this process. So it’s a bit early to say how it will work. But at least it’s on the agenda,” the Irish Commissioner said.

The impact assessment is looking into a number of issues, chief among which is whether the tax would be compliant with World Trade Organisation rules.

Von der Leyen has acknowledged the seriousness of the issue by drafting in a number of her officials to work on the mechanism, including Hogan, economy chief Paolo Gentiloni and energy Commissioner Kadri Simson.

But even though it is only in the early stages of development, the tax has already drawn international attention. US commerce secretary Wilbur Ross told the Financial Times last week that Washington would be watching the Commission closely.

His White House colleague, US Treasury Secretary Steve Mnuchin, told a panel at the World Economic Forum that “I don’t think we know how to price these things.”

“And if you want to put a tax on people, you know, go ahead and put a carbon tax, that’s a tax on hard working people,” Mnuchin told European Central Bank President Christine Lagarde.

But a proposal to launch a form of carbon taxation in the US is actually in the works, the Energy Innovation and Carbon Dividend Act. Launched by a a bipartisan group in the US House of Representatives, the proposal is yet to secure the support of enough lawmakers. 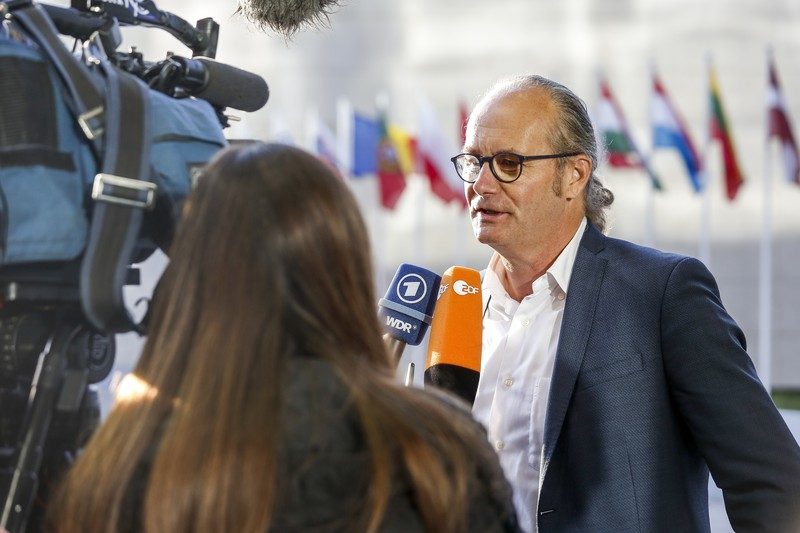