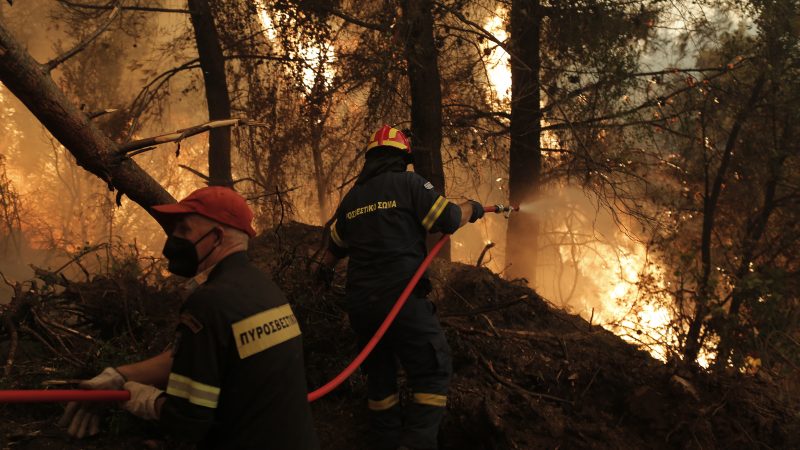 Firefighters battle flames during a wildfire at the village of Istiaia in the island of Evia, Greece, 09 August 2021. [EPA-EFE / KOSTAS TSIRONIS]

EU countries are stepping up their help to Greece to fight forest fires devastating its mainland and some islands, the European Commission said on Monday as it coordinated the assistance.

There are now nine planes, 1,000 firefighters and 200 vehicles deployed by European Union states, a statement said.

France, Germany, Poland, Austria and Slovakia added resources and were sending extra fire fighting units, adding to ones already in Greece from France and other EU nations. 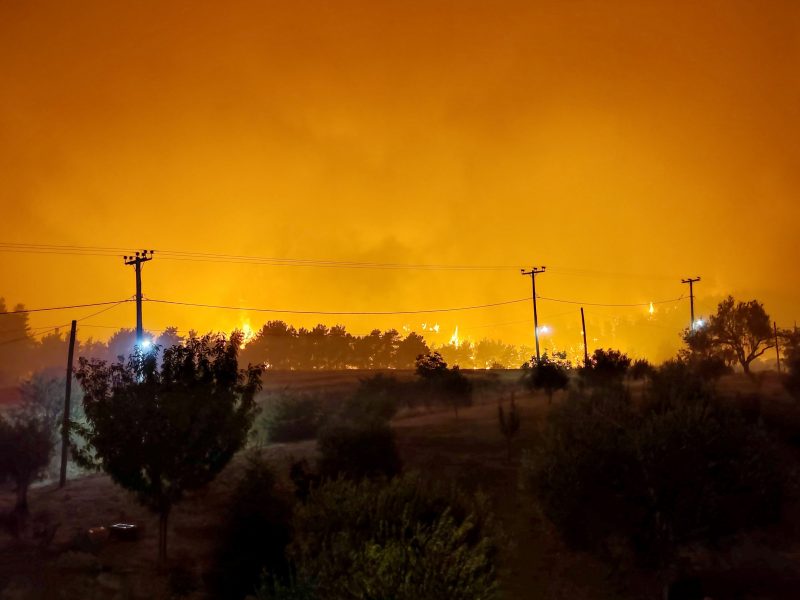 In addition, EU help has gone to battle fires that are also burning in Italy as well as in neighbouring non-EU countries North Macedonia, Albania and Turkey, the commission said. 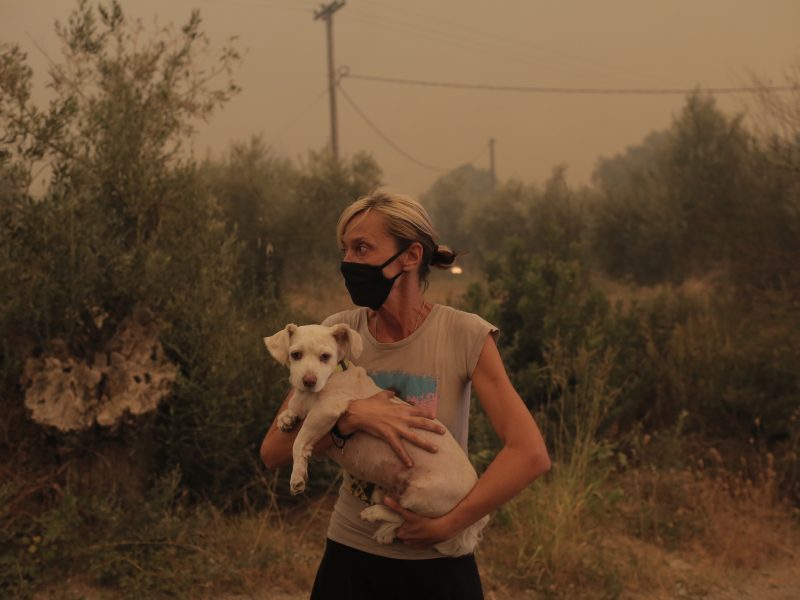 Thousands of people have fled their homes on the Greek island of Evia as wildfires burned uncontrolled for a sixth day on Sunday (8 August), and ferries were on standby for more evacuations after taking many to safety by sea.

“I am very thankful to all the countries who have offered help for their tangible solidarity. Our thoughts are with all those affected and with the first responders who are risking their lives to battle the fires.”