EU member states should participate in an initial voluntary phase of a new carbon offsetting scheme developed by the International Civil Aviation Organisation (ICAO) – but not if it hampers the EU’s own efforts, transport ministers were told on Friday (20 September).

The European Commission’s warning came ahead of an ICAO summit in Montreal on Tuesday at which countries are being asked to sign a resolution that could prevent parties from imposing their own policies to curb aviation emissions.

But she said the Commission intends to push forward its own scheme to curb aviation emissions, regardless of global actions.

The Commission is therefore asking EU member states to reject any ICAO resolution that would prevent the EU from expanding the aviation sector’s obligations under the EU’s Emissions Trading Scheme (ETS).

“President-elect Von der Leyen has announced the intention of the new commission to decrease the amount of free allowances for aviation over time,” she told the ministers, referring to the inclusion of aviation in the ETS, which was delayed in 2012 after a barrage of criticism from China, India and other foreign countries.

The UN agency’s new CORSIA scheme would cap aviation emissions at 2020 levels. An initial phase from 2021 to 2027 is voluntary. So far 81 countries, covering 77% of global aviation activity, have signed up to the initial voluntary phase. But China has not signed up

The scheme was devised after the European Union tried to go it alone in regulating aviation emissions by including aviation in the ETS, the EU’s cap-and-trade scheme for carbon emissions.

Though airlines were meant to have to purchase emissions allowances for all flights using an EU airport from 2012 – even those flying outside EU airspace – the EU backed down after intense opposition from the United States and China.

Aviation’s inclusion in the ETS has been frozen since then, to give ICAO space to agree a global scheme. International flights, meanwhile, are meant to be re-included in the scheme from 2021.

But critics say CORSIA will be wholly inadequate to tackle aviation emissions. That’s why many EU countries want to go ahead with re-including aviation in the ETS even once CORSIA takes effect. This would aim to lower aviation emissions by 43% below 2005 levels by 2030, far more ambitious than CORSIA’s plan to freeze them at 2020 levels.

Friday’s meeting of transport ministers showed there are still differing opinions on how member states should respond to the resolution that could prevent the EU from going further than CORSIA.

Countries might file a “reservation” under the section of the resolution that states CORSIA is “the only global market-based measure” that can apply to emissions from international aviation. But this would mean that EU countries would be indicating that they cannot sign up to the initial CORSIA phase, which would seriously damage the scheme’s credibility and possibly cause it to unravel.

There was concern that rejecting the resolution could mean the EU ends up not participating in CORSIA from 2021.

“At the upcoming ICAO assembly, the main aim of EU member states should be that as many countries as possible sign up in the first voluntary phase,” said Czech deputy transport minister Tomáš Čoček. “Uniform coordination among EU member states on this is a must.”

But several governments said it is not acceptable that CORSIA should infringe on the EU’s sovereignty to put in place more ambitious limits.

“CORSIA’s impact can only be substantial if EU member states participate from the start in 2021,” said Stientje Van Veldhoven, Dutch state secretary for infrastructure. “However CORSIA alone will not be enough. EU should lead by example by having an ambitious EU ETS.”

“CORSIA is an important means, but we need a higher level of ambition, we also need further measures,” said Steffen Bilger, parliamentary state secretary to the German transport minister. “CORSIA and the EU ETS need to be aligned. But in so doing we mustn’t end up undermining the degree of ambition,” he said.

A global resolution to Europe’s battle with China and other countries over curbing aviation emissions is unlikely before October 2013, risking growing pressure from domestic airlines and trade partners.

Rafał Weber, Poland’s state secretary for infrastructure, said the EU should be wary of steps that would put its own airlines at a competitive disadvantage globally. “At this point in time aviation is the only transport sector in the EU ETS,” he said. “Soon CORSIA is going to be launched, that’s a huge achievement because this sector, because of its specificity, needs global solutions.”

Earlier this month, the European Parliament’s environment committee urged member states to reject the ICAO resolution if it would prevent inclusion of aviation in the EU ETS.

“Member states have reaffirmed the EU’s right to make aviation contribute to the fight against climate change,” said Pascal Canfin, the chair of the Parliament’s environment committee. “If this right were challenged in Montreal in a few days, then a written reservation would be necessary,” he added, saying: “I will be very vigilent that this requirement is respected.”

France and the Netherlands want to go even further than including international aviation in the EU ETS. They have called for an EU-wide aviation CO2 tax – a measure that could also be forbidden under the CORSIA rules. 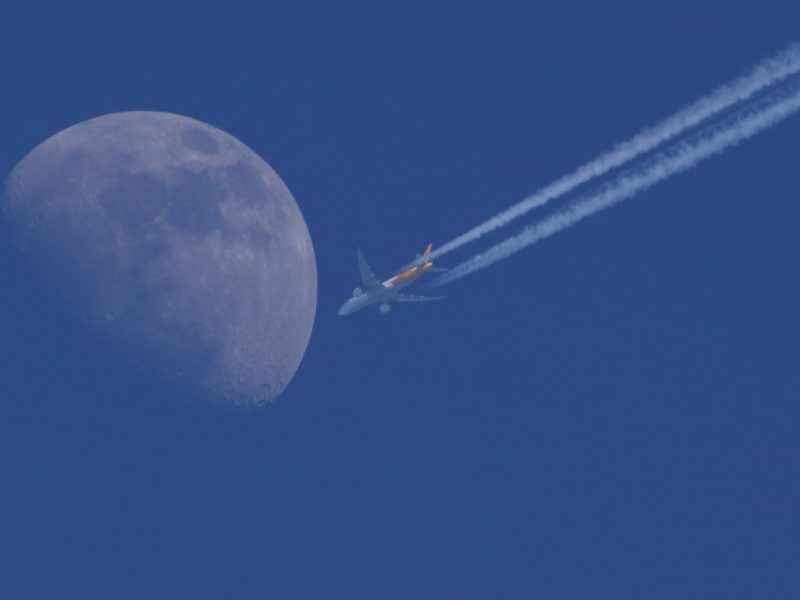