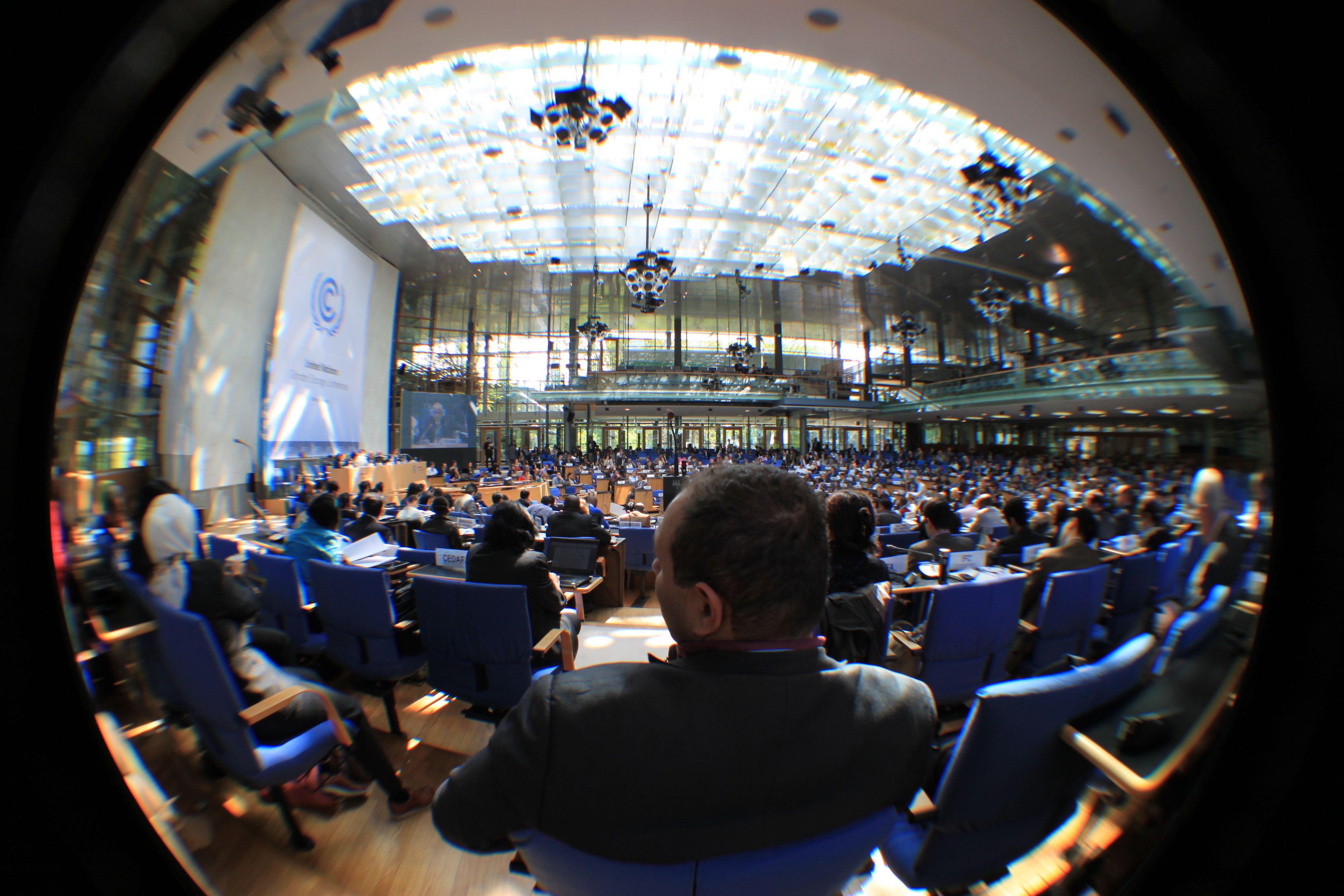 The latest round of negotiations in Bonn cut the UNFCCC text to 85 pages. [Adopt A Negotiator/Flickr]

European negotiators were frustrated by the slow progress made at the climate negotiations in Bonn. The UN insists that establishing a climate of confidence is vital for the success of the COP 21. EURACTIV France reports.

Many participants of the ten day cycle of climate change negotiations in Bonn left disappointed on Thursday 11 June. With six months to go before the COP 21 in Paris, “negotiators are still quarrelling over an ultra-long text,” one observer said.

Delegates from 200 countries have started work on the 89 page text that will form the basis of an international agreement on global warming.

But they have yet to address the core issues, such as whether or not to fix a timetable for the progressive elimination of greenhouse gasses.

Several countries have called on negotiators to speed up their efforts, stressing that only two more preparatory sessions are scheduled before the COP 21 in December.

“We have not seen as much progress as we would have liked,” said Elina Bardram, the director of the European Commission delegation. “We can’t continue to fiddle about indefinitely”.

The EU is trying to use its influence to raise the ambition of the negotiations and rally support from other countries. The positions of Latin American countries, and particularly Mexico, have so far been the most closely aligned with that of the EU.

“We hope the tempo picks up,” an American source said. “These negotiations are a big opportunity. The details are very important.”

Reassurance from the French delegation

Laurence Tubiana, France’s lead negotiator, accepted that “a universal agreement cannot be reached over night”. She said, “I am not disappointed or frustrated by these negotiations.” She also compared the negotiation process to a period of gestation, and stressed the importance of establishing trust between countries.

“It’s a step by step process,” Christiana Figueres, the Executive Secretary of the UN Framework Convention on Climate Change (UNFCCC), told the press.

She added that some progress had been made in structuring the text and clarifying where action may be taken.

Over the last ten days of negotiations, the text has been slimmed down to 85 pages, and 2,300 words cut. This is a start.

Laurence Tubiana had told EURACTIV this winter that she hoped the final text would be around 30 pages.

Su Wei, China’s chief negotiator, said that all countries wanted to limit greenhouse gas emissions with an “ambitious and balanced result in Paris”.

Having already signed a bilateral agreement with the United States, China hopes to do the same with the EU.

The Alliance of Small Island States (AOSIS), which represents many Caribbean and Asian countries severely threatened by rising sea levels, warned that there was “still a lot to be done” to guarantee their safety.

Negotiators will meet again in August and October, but the most difficult questions, like how best to help developing countries and whether or not to make any agreement legally binding, will be left for the COP 21 itself.

On Monday, G7 leaders adopted the objective of reducing the world’s greenhouse gas emissions to keep the global temperature rise below +2°C by 2100, compared to pre-industrial times.

Many developing countries want this time frame brought forward to 2050, while some OPEC members would prefer not to fix any date at all.

The 20th COP took place in Lima, Peru, from 1 to 12 December 2014, and Paris is hosting the all-important 21st conference in December 2015. The participating states must reach an agreement to replace the Kyoto Protocol, the object of which was to reduce CO2 emissions between 2008 and 2012. Agreeing on a framework, whether legally binding or not, is the priority between now and December.

13 to 16 July: third International Conference on Financing for Development http://www.un.org/esa/ffd/overview/third-conference-ffd.html

1 November: UN summary of all commitments