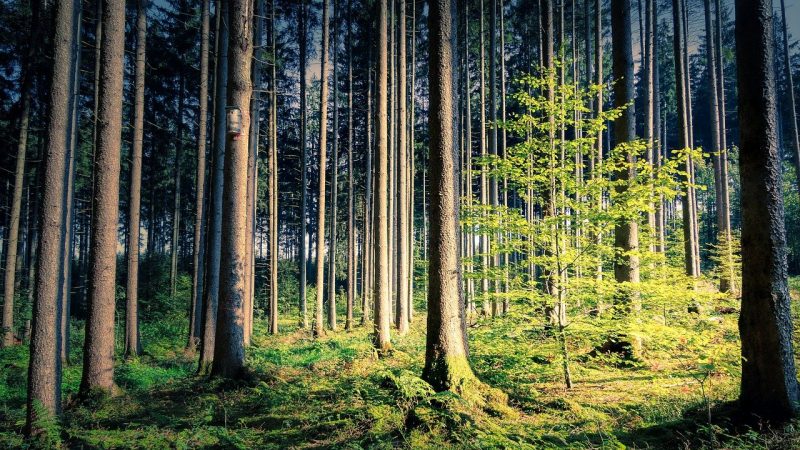 Forests and other carbon sinks have come into the spotlight as Europe talks about 'net' emissions targets, but campaigners say more ambition is needed to boost their role in tackling climate change [Albrecht Fietz / Pixabay]

The capacity of European forests to absorb CO2 “has been shrinking” over the years, warned EU climate chief Frans Timmermans as he presented the bloc’s 2030 climate goals in September last year.

“The sink has to go back to its previous levels” if Europe wants to reach climate neutrality and preserve biodiversity at the same time, he said.

To achieve this, the European Commission is placing its hopes on the land use, land use change and forestry (LULUCF) regulation, which tackles emissions from agriculture and forestry.

A leaked draft of the updated regulation, due to be published on Wednesday (14 July), shows that the European Commission wants to build up the amount of carbon stored to 310 million tonnes by 2030.

That is up from the 263 million tonnes in 2018, according to the Commission. The number is the net total once the amount of carbon captured is balanced against the carbon released by land use practices.

The increase was part of a political agreement made during the negotiations on Europe’s climate law. A push to sequester 310 million tonnes of CO2 could see Europe’s net emissions reduce by around 57% by 2030 – just shy of the 60% reduction the European Parliament was calling for.

“I think it’s a healthy level of ambition. Any less would not be in line with the challenge of climate neutrality. Whether more is possible is difficult to say, to be honest,” said Andreas Graf, project manager for EU energy policy at the think tank Agora Energiewende.

“In Germany, one has anticipated business-as-usual practices would actually lead to a decline of the net sink over the coming years. So very different than an increase. Germany has its work cut out for it to reverse that,” he told EURACTIV.

Under the draft policy proposal, EU countries will be assigned a binding target is for carbon removals as of 2025. This is expected to be contentious, as EU countries are able to shoulder different levels of removals depending on their climate and the state of their forests and agriculture. In places like Sweden and Finland, pressure from the forestry and wood industries is expected to be high.

Across Europe, the increased ambition will require a huge turnaround to grow carbon sinks, which are set to decline to -225 million tonnes under a business-as-usual scenario.

Carbon farming could help achieve that. The leaked LULUCF draft talks about “new business models based on carbon farming incentives,” adding that “certification of carbon removals need to be increasingly deployed in the run up to 2030”.

Restoring carbon sinks can only happen if farmers and forest owners are encouraged with financial incentives, says Artur Runge-Metzger, director at the European Commission’s department for climate action.

“The Commission intends to establish an EU certification system,” Runge-Metzger told EURACTIV in October last year, saying “there is growing interest in so-called ‘carbon farming’” as a way for governments to “incentivise the uptake of carbon in soils or vegetation”.

He says “farmers and forest owners should use a carbon credit scheme, for example, to participate in efforts of other sectors such as aviation and private companies such as food producing companies. These can be carbon neutral when they support afforestation and methodologies to increase sinks in agriculture,” he said in a statement.

Once the accounting system is robust enough, Runge-Metzger says those credits could be brought under the emissions trading scheme, the EU’s carbon market. 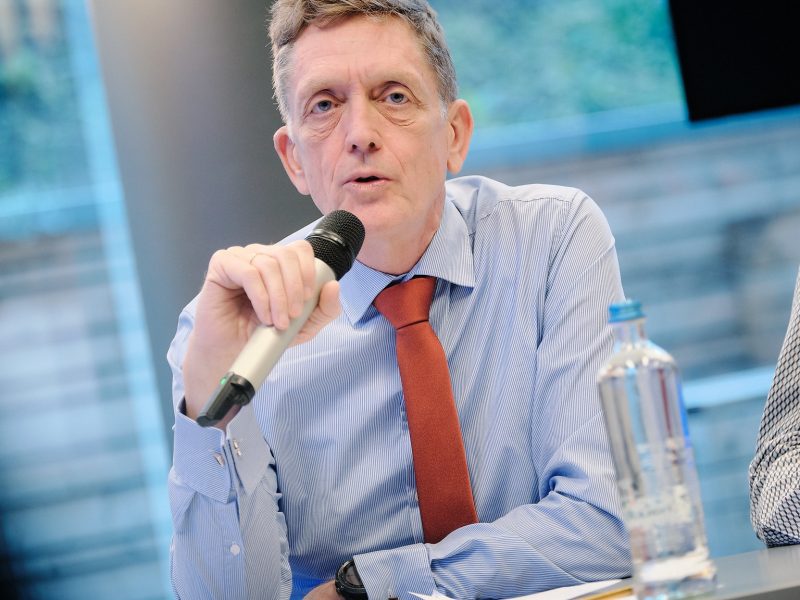 However, climate campaigners have been less enthusiastic about the draft. Alex Mason from WWF says it does not show enough ambition on the amount of carbon that could be sequestered.

“We and others are calling for 600 million tonnes. The reason for that is because we think the climate emergency – as Greta Thunberg says – should be treated as an emergency and that means we have to go a lot faster to have any hope of staying below 1.5°C and avoiding passing tipping points,” he told EURACTIV.

Reaching such a high level of sequestration would mean a significant reduction in forest harvesting, reduced demand for short term wood products, a more circular economy and rewetting cropland to return it to peatland.

In the European Parliament, the socialists and democrats (S&D) group appears to agree. Delara Burkhardt, a German MEP who is designated LULUCF spokeswoman for the S&D, said the EU goal needs to be examined more closely to see if more ambition can be achieved.

There are also concerns about the European Commission’s plan to include non-CO2 agriculture emissions in the scope from 2031. The aim would be to reach net zero emission agriculture by 2035 and agriculture with negative emissions by 2036.

Campaigners have warned against putting too much emphasis on sink removals because they are not permanent. For instance, forest fires could destroy a carbon sink and release those emissions back into the atmosphere.

Alongside this, there are concerns that it will remove the incentive for the agriculture sector to decarbonise.

“We think it’s a bad idea to be treating those two emissions and removals as directly equivalent and it’s also not clear why agriculture – fertiliser use and intensive livestock farming – why that should be gifted the forest carbon sink rather than any other sector,” said Mason.