The Commission wants to withdraw the ETS free allowances in parallel with the introduction of a carbon border tax. [Shutterstock]

The European Parliament’s environment committee has voted for a new EU-wide target to reduce carbon emissions 60% by 2030, setting the stage for tough negotiations with EU countries and the European Commission, which is expected to propose a 55% goal next week. EURACTIV Germany reports.

With 40 votes in favour and 37 against, the European Parliament’s Environment Committee yesterday (10 September) agreed on a new EU climate target for 2030.

The text, which still needs the approval of the entire Parliament and the 27 EU member states before becoming law, commits Europe to reduce greenhouse gas emissions by 60% compared to 1990 levels, up from 40% currently.

Commission President Ursula von der Leyen is expected to advocate an increase of “at least 55%” during her first State of the Union annual address to the European Parliament next week.

If confirmed by the full plenary in October, the 60% goal would put the Parliament on a collision course with the European Commission and EU member states.

The 55% goal is now all but certain to receive backing from a majority of MEPs in the centre-right European People’s Party (EPP), the largest group in Parliament, which have rallied behind von der Leyen’s European Green Deal agenda.

In addition to the 2030 goal, MEPs also agreed to establish an independent EU Climate Change Council made up of 15 experts who will propose further adjustments to the bloc’s emission reduction targets, in line with the latest science.

The adjustments would be calculated on the basis of a CO2 budget scientifically determined by the Climate Council rather than the Commission’s initial idea to tighten emission reductions by a fixed percentage each year, starting in 2023.

The end game, regardless, would be to achieve climate neutrality by 2050.

In their position, lawmakers also voted for halting all fossil subsidies from 2025 and give EU citizens a right to sue governments if they fail to meet their national contributions.

“This is a complete success, which would not have been possible without the pressure from the climate movement around Fridays For Future,” said Michael Bloss, the shadow rapporteur for the Greens in the Environment Committee.

The result of yesterday’s vote was a “climate hammer” that sets new standards, he told EURACTIV Germany.

For lawmakers in the environment committee, the uncertainty over the CO2 emissions percentage remained until the very end.

Swedish rapporteur Jytte Guteland (S&D) had earlier presented a target of 65%, which is considerably more than the 50-55% range considered by the Commission. Although she received support from the Greens and the Left, the liberal Renew and Socialist groups agreed to a 60% goal during the negotiations.

Resistance came from the centre-right EPP group, which considers a target of more than 55% to be unrealistic. Conservative German MEP Markus Pieper advised against entering talks with EU member states with an excessively high target. Earlier this week, he spoke out against a higher target in the Parliament’s Industry Committee, which voted for 55% on Monday.

“The Parliament’s position must be meaningful and coherent and not serve as a tactical manoeuvre,” Pieper told journalists on Wednesday. He warned against placing an excessive burden on industrialised countries like Germany, which already now bear a large part of the emission reductions outside the EU emissions trading scheme (ETS).

“Germany is the only country that is opting out of coal and nuclear power at the same time. Therefore, we cannot accept that we will be burdened even more,” he added.

Some German Christian Democrats in the Bundestag have also spoken out against a higher climate target in the past, calling for a reorganisation of burden sharing based on the economic performance of EU member states.

Indeed, the investments required for a higher climate target are likely to be substantial.

While the Commission had estimated annual costs ranging up to €620 billion to achieve a 55% reduction target according to a first calculation, Germany’s Institute for Economic Research estimated that to achieve a 65% target, costs would have to amount to €3 trillion. 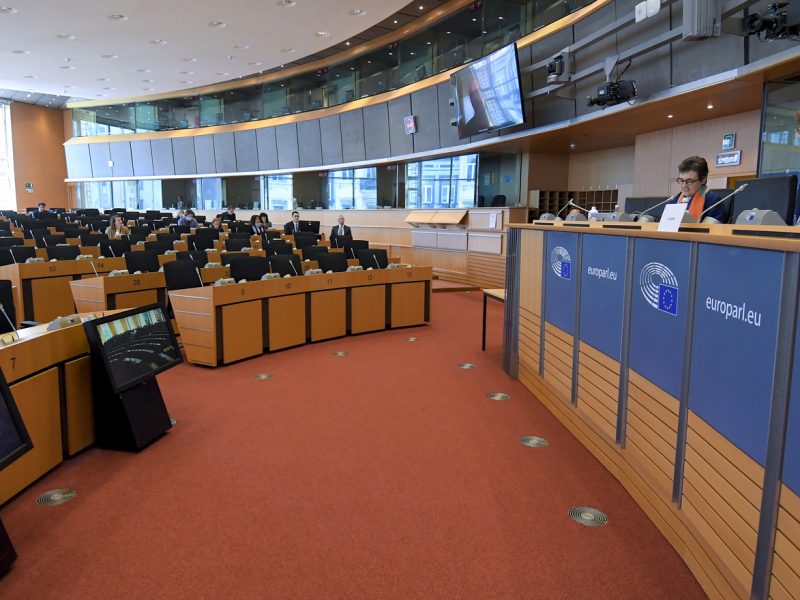 The European Parliament’s environment committee discussed for the first time on Thursday (28 May) a proposal by Swedish MEP Jytte Guteland to set an EU-wide CO2 reduction target of 65% by 2030. EURACTIV Germany reports.

According to Green MEP Bloss, it is incomprehensible that Conservative MEPs have rejected a higher target than 55%. “Those who vote against climate change are on the wrong side of history and ignore the climate reality,” he said.

Global emissions would have to fall by 7.6% each year to reach the 1.5-degree target of the Paris Agreement, according to the United Nations emissions gap report published in November. If this were to be achieved, the EU would have to reduce emissions by 65% by 2030.

After yesterday’s vote in the environment committee, the full European Parliament is now expected to vote on the proposal in a plenary vote scheduled for October.

EU heads of state will then debate the proposal in mid-October with a view to reaching agreement at this year’s last meeting of environment ministers on 17 December.

By June 2021, the Commission plans to adapt numerous new proposals to align the bloc’s rules and regulations with the EU’s new climate goals. These include new car emission standards, building efficiency, renewable energies, as well as an amendment to the EU’s carbon trading scheme. 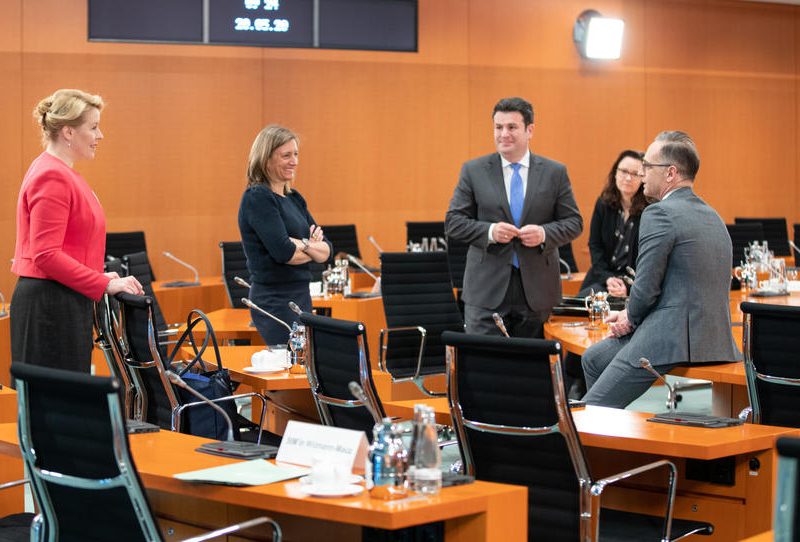