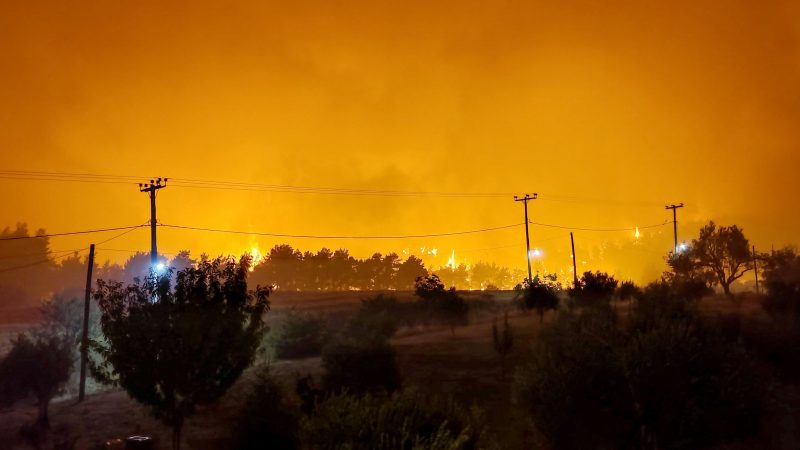 A wildfire burning in the area of Limni in Evia island, eastern coast of Central Greece, 04 August 2021.[EPA-EFE / PANAGIOTIS KOUROS]

“We are working around the clock to send help as fires rage across Europe,” commissioner Janez Lenarcic said in a statement.

“I thank Cyprus, Czechia, France, Slovenia and the Netherlands for swiftly deploying firefighting airplanes, helicopters and a team of firefighters to support countries heavily affected by forest fires.”

The dispatch of the aircraft and firefighters were being coordinated by the EU Civil Protection Mechanism, with the European Commission picking up most of the mobilisation cost.

Greek firefighters have been battling several heatwave-fuelled forest infernos, including around Athens that have destroyed or damaged dozens of homes and businesses and forced the evacuation of villages, and others in the south and on the island of Euboea. 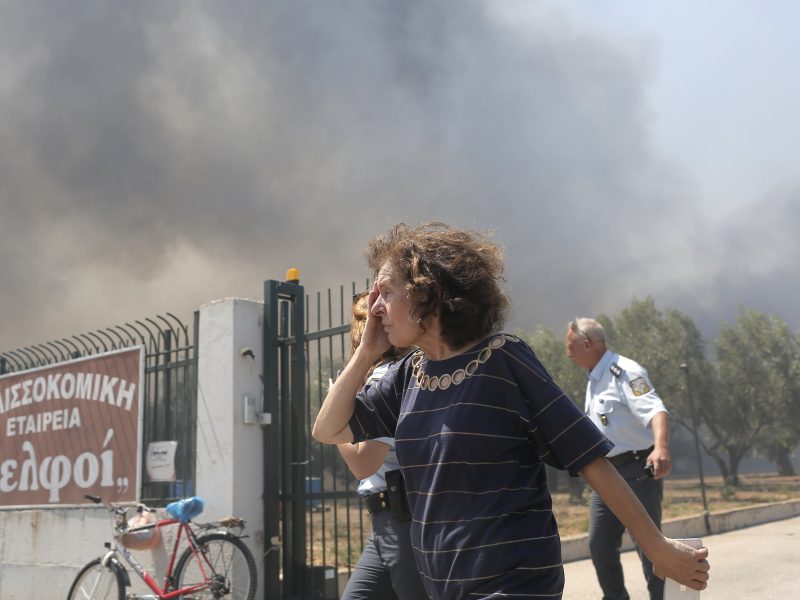 A wildfire raged uncontrolled north of Athens on Tuesday (3 August), burning homes and forcing authorities to order more evacuations as they grappled with 81 forest fires during Greece’s worst heatwave in over 30 years.

Devastating fires have also scorched parts of Italy, including in Sicily and near Rome.

Both Greece and Italy are EU member states.

EU help was also being given to non-EU neighbours, in the form of two helicopters sent to Albania and 45 Slovenian firefighters to North Macedonia.

The European Union earlier this week deployed firefighting help to Turkey, which is also struggling with violent summer wildfires that have sent residents and tourists scrambling to safety. 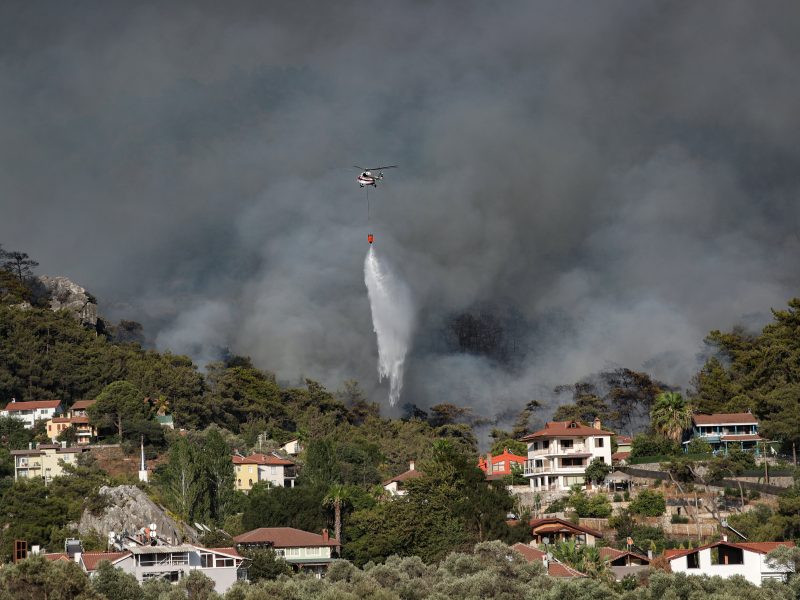 The European Union sent help to Turkey on Monday and volunteers joined firefighters in battling a week of violent blazes that have killed eight people and put pressure on President Recep Tayyip Erdogan.