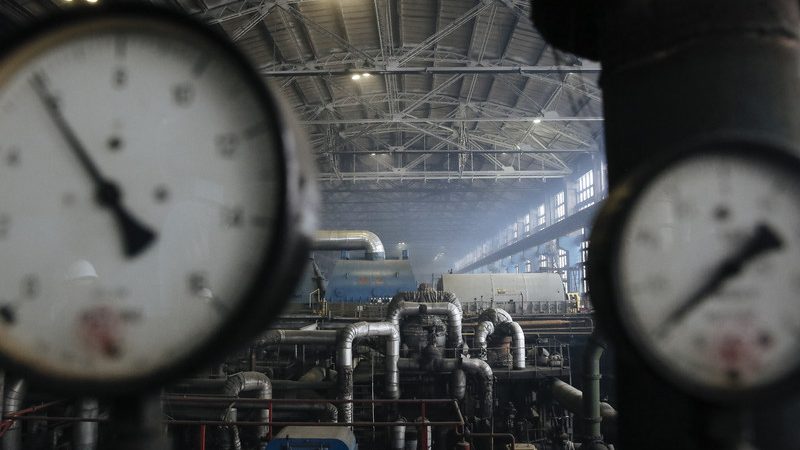 File photo. A general view of a workshop in the 'Tripolskaya heat station' in Ukrainka town, near Kyiv, Ukraine, 11 February 2016. A batch of South African coal arrived in Ukraine, on 5 February. This coal is supplied to thermal power plants of Tsentrenerho state energy generating company. Ukraine doubles coal imports from South Africa, while reducing them from Russia, according to local media. [EPA/ROMAN PILIPEY]

European countries, scrambling to secure alternatives to Russian coal, imported 40% more coal from South Africa’s main export hub in the first five months of this year than over the whole of 2021, figures obtained by Reuters showed on Wednesday (15 June).

Starting the second week of August, Russian coal imports will be banned in the European Union, part of wide-ranging sanctions on Moscow.

RBCT did not immediately reply to a request for comment. RBCT usually provides figures annually, and does not give a comprehensive breakdown of export destinations.

The Netherlands, Italy, France, Spain, Denmark, Poland, Germany, and Ukraine have received coal from RBCT so far this year. Some of them only began importing from RBCT after Russia invaded Ukraine on 24 February.

The Netherlands received no coal from RBCT in January or February, but imported 1.27 million tonnes of coal from the terminal in March, April and May, with volumes increasing each month. It was the fourth top recipient of RBCT coal, accounting for 5.76% of total volumes.

France’s coal imports from RBCT jumped nearly seven-fold, from just 68,005 tonnes over the whole of last year to 464,432 tonnes so far this year.

Spain, Poland and Germany did not import any coal from RBCT last year. In the first five months of this year, Spain has imported 355,250 tonnes, Poland 181,515 tonnes and Germany 157,383 tonnes.

Japan, which has also said it would ban Russian coal imports, received 388,249 tonnes of coal from RBCT since January, nearly double the tonnage it bought last year.

China, the third biggest importer of coal from RBCT in 2021 with 6.09 million tonnes, did not receive any coal from the terminal this year, the figures showed, reflecting China’s increased imports of Russian coal.

The surge in exports to Europe came despite a backdrop of poor performance at RBCT, underscoring the missed opportunity for South Africa as prices of the fossil fuel shot up.

Poor maintenance, a lack of locomotives, and copper cable theft have eroded South Africa’s state-owned freight rail services which transport coal to RBCT and other ports. Some miners are using trucks to get their coal to port instead.