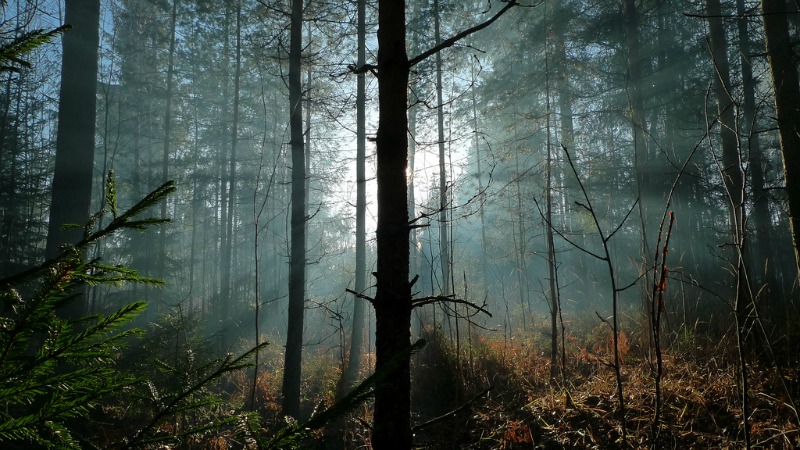 A European Commission plan to share emissions reduction efforts in the forestry and agricultural sector across European countries is up for discussion for the first time on Monday (17 October).

The EU’s 28 environment ministers will seek to keep the momentum going in the fight against climate change, one week after European nations breathed life into the UN Paris Agreement, which aims to limit global warming to 2°C.

Nineteen EU member states – including Poland – are expected to have ratified the Paris accord by the time the next UN climate summit opens in Morocco on 7 November.

A global agreement to combat climate change will take force after support from European nations sent the accord across an important threshold on Wednesday (5 October), prompting US President Barack Obama to hail it as a “historic day” for protecting the planet.

EU countries are now turning to a more tricky discussion relating to emissions cuts in the transport, buildings and agriculture sectors, which are not covered by the EU’s cap-and-trade scheme for greenhouse gases.

Altogether, these three sectors are being told to cut their emissions by 30% come 2030, compared to 2005 levels. This will be counted as part of the EU’s headline objective of reducing emissions by 40% compared to 1990.

But how countries will achieve those cuts is proving potentially divisive for EU environment ministers, who are meeting in Luxembourg to address the highly technical issue of Land Use, Land Use Change and Forestry (LULUCF) emissions.

Environmentalists have warned that, depending on how LULUCF is accounted for, the EU might end up watering down its climate ambitions, reducing its overall carbon reduction goal from 40% to 33%.

EXCLUSIVE / Weaknesses in the oversight of the European Union’s forestry sector has exposed it to the risk of being used to game government climate commitments and scoop up millions of euros worth of carbon credits.

The LULUCF sector is considered critical because it does not only remove carbon dioxide from the atmosphere – acting as a “sink” – it also contributes to emissions via deforestation, livestock production, and fertiliser use.

Each EU country was assigned an emissions target for their non-ETS sector under a Commission proposal for an Effort Sharing Regulation tabled in July this year. However, they were also offered some “flexibilities” to help them achieve those, where LULUCF accounting comes into play.

“The watchword here is cost efficiency,” said a senior EU diplomat who was briefing journalists in Brussels today (14 October). “The idea is to have flexibility so that we can maximise the potential of each country,” he explained.

As the diplomat repeatedly put it, what matters is the cots-effectiveness of the measures adopted, which have to take account of each country’s potential for emission cuts across the three sectors.

“When you are a big agricultural or forestry country, your potential is not the same as Luxembourg for instance, which is a very small country standing at a European crossroad for road transit,” the diplomat explained.

Still, discussions on Monday could be tense because groups of countries have tended to form along the exactness of their national targets, which broadly reflect their GDP.

Finland for instance is expected to complain about the way its vast forest potential has been calculated, which may end up shrinking its carbon budget, said one EU lobbyist who follows forestry issues. And Germany is unhappy because it thinks there are too many credits available which risk undermining the overall effort sharing target.

At the end of the day, EU ministers may end up delaying the hard talk, partly because no firm decision is expected at this stage and maybe also because the debate will be streamed live on the Council website, giving the EU discussion potentially unwelcome public exposure.

“Let’s not bicker on the targets,” the diplomat said. “Rather, let’s try to focus on the means to achieve them and the flexibilities that can help us achieve them in a cost effective way.”

Environmentalists, for their part, warn that the EU is missing “a golden opportunity” to turn forests into a powerful weapon in the fight against climate change.

“We all know that to go 1.5 degrees we need to go to zero emissions, and then we need to keep going down into negative emissions,” said Hannah Mowat from FERN, an environmental group that coordinates NGO activities on forests at European level.

“The only technology we have at our fingertips to do that is forests. This proposal keeps treating forests as the producer of credits: this distracts us from the need to go to zero emissions, but also fails to incentivise the forest sector to increase carbon storage and sequestration,” Mowat said.

Proposed changes in the way the EU accounts for land use and land use change (LULUCF) emissions are scientifically flawed and could lead to dangerous global warming, writes Hannah Mowat.

Agriculture, transport and buildings are the only three major sectors currently not regulated under the EU’s Emission Trading System (ETS), which caps emissions form large industrial installations such as steelmaking and power generation plants.

The European Commission has said that such ‘non-ETS’ sectors must cut their emissions by 30% compared to 2005 levels by 2030. Road transport, for example, accounts for a fifth of EU carbon dioxide emissions, and agriculture is responsible for 9.6% of EU greenhouse gases.

The details were laid down on 20 July by the European Commission when it tabled its Effort Sharing Regulation. Each country was given a national target calculated on its GDP per capita, which will contribute to the bloc’s overall goal. These national targets range from a 0% cut for the poorest EU country, Bulgaria, to a 40% for the richest – Luxembourg and Sweden.

The Effort Sharing Regulation for the first time also brings in emissions from land use, land use change and forestry (LULUCF), which act as a "carbon sink" by removing CO2 from the atmosphere.