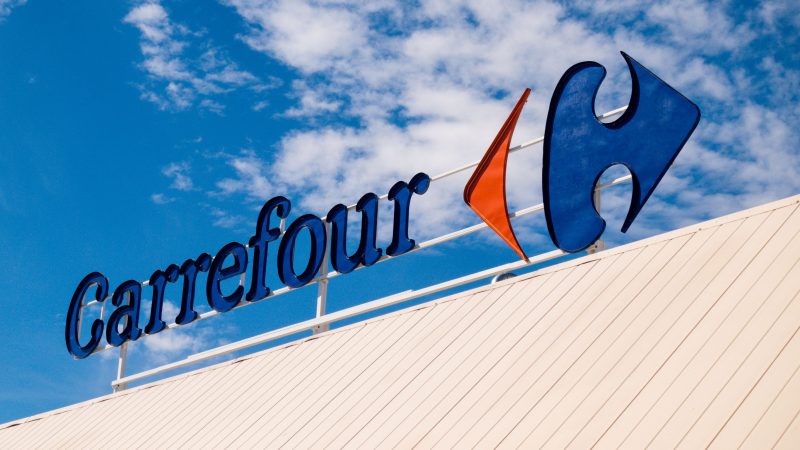 Carrefour Belgium, Delhaize and other European brands are dropping products with possible links to deforestation in Brazil [Veja / Shutterstock]

Several European supermarket chains are dropping Brazilian beef products linked to the destruction of the Amazon rainforest and tropical wetland, the US activist group Mighty Earth said on Wednesday (15 December).

Chains such as Carrefour Belgium have committed to pulling from their shelves corned beef, beef jerky and fresh prime cuts suspected to come from cattle raised in the Amazon and the Pantanal tropical wetlands.

Activists have long criticised the environmental footprint of the global meat industry, blaming it for some two-thirds of global biodiversity loss.

It has also accused meat processing firms of not delivering on promises to end deforestation in their supply chains.

“We look at the origin of the products that we would have in other countries – if we find any – to make similar decisions if the case arises,” Carrefour’s director of corporate social responsibility Agathe Grossmith told AFP.

Mighty Earth said other chains including Albert Heijn in the Netherlands, Lidl, Sainsbury’s and Princes in Britain were taking similar initiatives.

A spokesman for Sainsbury’s, which sources the bulk of its beef products from Britain and Ireland, told AFP the company was taking measures to ensure sourcing of its corned beef products outside Brazil.

An Albert Heijn spokesperson told AFP that “we have now taken the decision to eliminate progressively Brazilian beef and are seeking out alternatives from other countries of origin.”

The measures come as the European Union looks to bring in new legislation designed to fight deforestation. Mighty Earth director Nico Muzi said in a statement he saw the “noose tightening” around the necks of those involved in deforestation.

Brazil’s top beef exporters defended their environmental records. JBS, the world’s biggest meat company, said it had “no tolerance” for illegal deforestation and had “proactively blocked” more than 14,000 suppliers to date.

However, it acknowledged that “the challenge for JBS, and for the beef cattle supply chain in general, is to guarantee this same control over the suppliers of its suppliers.”

It says it is implementing a platform using blockchain technology to eliminate deforestation from its indirect supply chain by 2025.

Brazil has struggled to deal with “cattle laundering,” in which ranches that are blacklisted for deforestation illegally sell their animals to “clean” ranches that then sell them to meat-processing companies.

Minerva Foods, another top exporter, said it “has been a pioneer” in identifying and fighting deforestation, and “has made a commitment to ensure zero illegal deforestation throughout the supply chain in South America by 2030”.

Another top firm accused in the report, Marfrig, said it “is absolutely committed to social and environmental issues” and to finding ways to “integrate its (supply) chain and bring more transparency to its operations”.

The Amazon is the world’s largest tropical rainforest. Deforestation, after falling for several years, has risen since far-right President Jair Bolsonaro came to power in 2019.

The vast majority of the cleared land is used for cattle ranching.