According to the EU environment agency's report, a number of measures could be implemented to accelerate the decarbonisation of agriculture, including supporting farms in their efforts to reduce emissions from agriculture, organic farming and increased requirements for fertilisers. [Photo: Shutterstock]

While agriculture is one of Europe’s biggest emitters of greenhouse gases, it is struggling to reduce its emissions, according to a European Environment Agency report published this week.

In the report, the agency looked at efforts to reduce emissions made by the agricultural, construction and transport sectors, as well as by small and medium-sized enterprises sectors (SMEs), which are not covered by the EU’s emissions trading scheme (ETS).

Taken together, these sectors accounted for around 55% of emissions across the EU, while the energy, heavy industry and aviation sectors – the emissions of which are covered by the EU ETS – accounted for the rest (45%).

To enable Europe to meet its emission reduction promises, the sectors covered by the report need to collectively reduce their greenhouse gas emissions by 30% by 2030.

The 30% target is a significant contribution to the EU’s overall climate objectives, which currently aim to cut emissions by 40% by 2030.

And this is all the more necessary as the EU is in the process of strengthening its targets with the new climate law presented by the European Commission on 4 March. The new legislation pledges at update from 40% to between 50% and 55%.

But as Europe is halfway towards meeting its 2030 targets, the EU agency estimates that member states will need to double their current efforts, in order for the bloc’s climate ambitions to come to fruition.

The agricultural, construction, and transport industries, as well as SMEs, have reduced their emissions by only 11% between 2005 and 2018, which was the period covered by the study. That is only about one-third of what is expected of them by 2030.

Agricultural is doing pretty poorly, as its emissions only decreased by 1%. The transport sector, which only managed to reduce its emissions by 8%, is another sector that is not managing to pull out the stops.

The report notes that “the transport and agriculture sectors provided very limited emission reductions between 2005 and 2018”.

According to the report, a number of measures could be implemented to accelerate the decarbonisation of agriculture, including supporting farms in their efforts to reduce emissions from agriculture, organic farming and increased requirements for fertilisers.

However, the agency is not very optimistic about the sector’s potential to reduce emissions. “Member states and the UK indicate a limited emission reduction potential for this sector,” it wrote in the report.

In France, the independent advisory council on climate also released its annual report, in which it noted an 8% decrease in emissions from the agricultural sector between 1990 and 2018. However, emissions have stabilised over the period 2015-2018 with an emissions’ decrease of 0.1% per year.

This trend puts the sector on track with the country’s National Low Carbon Strategy (NLCS), whose objectives for the agricultural sector are nevertheless modest.

Indeed, the strategy aims for a 20% reduction in emissions from French agriculture between 2015 and the fourth carbon budget, scheduled for 2029-2033. 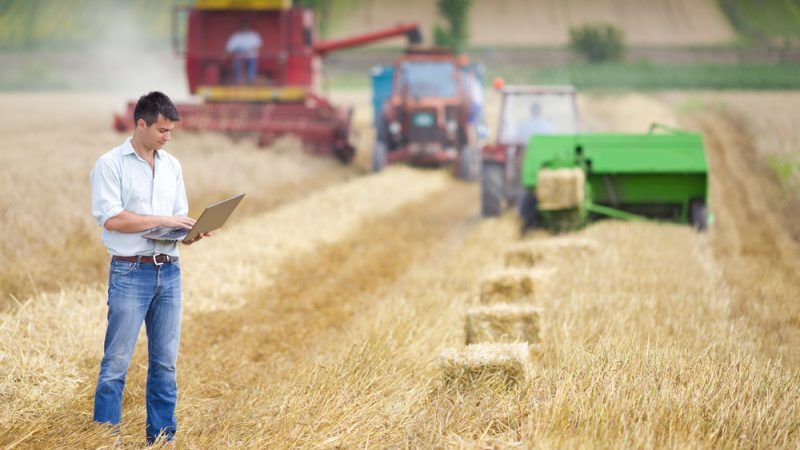