A document from the European Commission is causing unrest among environmentalists in Brussels. On Thursday (31 October), the EU executive published its latest list of so-called “Projects of Common Interest” (PCI) for energy, which are intended to promote energy security across borders.

“Electricity and smart grids account for more than 70% of the projects, mirroring the increasing role of renewable electricity in the energy system,” the Commission explained in a statement.

By contrast, the number of gas projects “decreased from 53 two years ago to 32, or 21% of all projects on the PCI list,” the EU executive added, saying “this is in line with the role of gas when meeting the EU’s decarbonisation objectives.”

Energy infrastructure projects eligible for EU funding include transmission grids and storage facilities for renewable energies. But, according to environmental campaigners, it also includes 55 natural gas projects, not 32. The discrepancy results from the Commission counting some projects in clusters rather than individually, explains Colin Roche from Friends of the Earth, an environmental organisation.

“The new PCI list mocks the EU’s promises to create a climate-neutral Europe,” he said.

The gas projects include new LNG terminals in Greece, Cyprus and Poland, as well as two particularly controversial terminals in Krk in Croatia and Shannon in Ireland, where natural gas produced by fracking is expected to be imported from the US to Europe.

The fact that these projects are now officially supported by the EU means that their planning and approval procedures will be speeded up and that they have good chances of receiving EU funding. The money comes from the “Connecting Europe Facility” fund, which is worth €30 billion. Around €3.8 million are currently flowing from the fund into projects that have been awarded PCI status by the EU.

By selecting the projects, the EU is clearly showing where its priorities lie, Roche told EURACTIV. “The PCIs reflect how the EU plans to expand our gas infrastructure in the coming years. New investments in fossil gas reflect the EU’s official environmental goals,” Roche said, adding this sends “quite the wrong signals”. 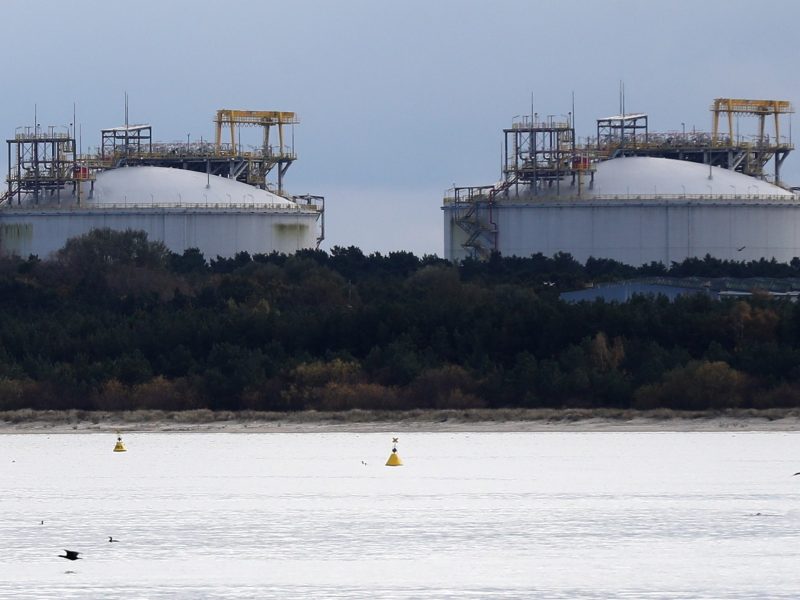 Gas will remain indispensable for some time to come

The Commission, for its part, defended the proposed list. At a lunchtime briefing to Brussels journalists on Thursday, a spokeswoman stressed that the proportion of gas projects on the PCI list had fallen by 40% compared to last time. This shows a “very, very clear tendency” towards less gas production in the future, the official said.

“We have always made it very clear and transparent that we need gas in the European energy mix. Our focus is on diversification and the shift towards clean energy. But gas will continue to play a role for some time to come,” the spokeswoman added.

Gas is widely regarded as a transition fuel between coal-fired electricity and renewable energies. And it certainly has advantages to offer: Gas is comparatively cheaper and less polluting than coal when combusted in power plants, and many EU countries already have a well-developed gas network, which could be repurposed to carry low-carbon gases in the future, such as biomethane and hydrogen.

In the future, it is hoped that fossil natural gas could be replaced by green hydrogen produced from electrolysis. The EU is, therefore, planning to expand the gas infrastructure sufficiently to secure energy supplies during the transition.

“The EU gas grid has become more robust and if all ongoing PCIs are implemented, the EU should have a well-interconnected and shock-resilient gas grid by the early 2020’s,” the Commission said.

For Colin Roche, however, the construction of new LNG terminals is more a long-term problem.

EU member states had already committed themselves in 2009 to cease the allocation of state subsidies for fossil fuels by 2025. But little has happened since then. According to a study by the EU Commission this year, between 2014 and 2016, the member states promoted fossil fuels with an average of €55 billion per year.

And although the EU had called on member states to include strategies to eliminate fossil subsidies in their national energy and climate plans, no state has yet put forward such a strategy, as a recent study by environmental organisations found out.

The EU Parliament and Council now have two months to approve the Commission’s PCI list. However, they are unable to reject individual projects, such as one of the LNG terminals.