France is to set out three demands for negotiations to continue, which would crucially include respecting the targets of the Paris Agreement on fighting climate change, the government said.

“The draft agreement has no provision to impose discipline on the practices of the Mercosur countries in the fight against deforestation,” the French government said in a statement.

Its statement came as a report was delivered to Prime Minister Jean Castex that is hugely critical of the deal, describing it as a “missed opportunity for the EU to use its negotiating power to obtain solid guarantees” on environmental issues.

The 184-page report looks in detail at the deforestation of the Amazon and rise in production of beef in the region.

The pact still needs to be ratified by all 27 EU member states. France is far from alone in voicing resistance.

German Chancellor Angela Merkel earlier this month expressed “significant doubts” over the deal, given the extent of deforestation, her spokesman said. Parliaments in Austria, the Netherlands and the Belgian region of Wallonia have also indicated their opposition to the deal in its current form.

In an extraordinary spat last year, Macron rebuked the “extraordinarily rude” Bolsonaro after the Brazilian leader personally expressed approval for a Facebook post implying that Brigitte Macron was not as attractive as his own first lady, Michelle Bolsonaro.

Bolsonaro has hit back, accusing Macron of treating Brazil like “a colony or no-man’s land.” 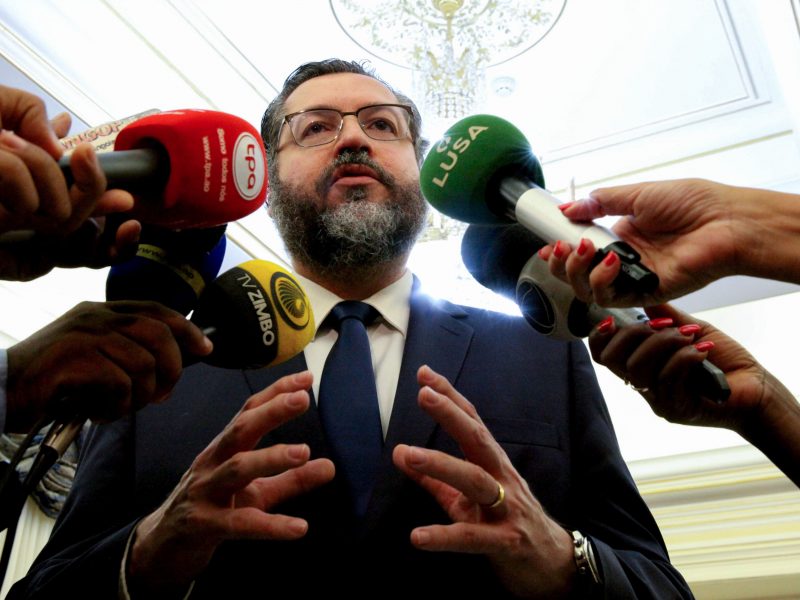 Mercosur ministers reported progress on the final text of a trade agreement with the European Union on Wednesday (1 July) on the eve of a summit meeting overshadowed by French President Emmanuel Macron’s latest comments against the deal.