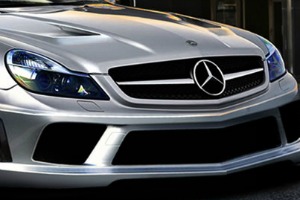 The French Court has overturned a government suspension of Mercedes-Benz car sales because they do not use a more environmentally-friendly air-conditioning refrigerant mandated by an EU directive. EURACTIV France reports.

In June, French authorities blocked the registration of certain car models, unless they used coolants that conformed with the EU's MAC directive.

But the top French administrative Court on Tuesday (28 August) ordered  the authorities to proceed with the registration of Daimler Mercedes A-class, B-class, CLA and SL cars.

The French Transport Ministry had argued that the Mercedes cars' posed an environmental threat. The Court will make a final ruling in a year’s time.

The safeguard clause invoked by the French authorities to justify the ban was activated by Mercedes' use of R134a, an air conditioning coolant prohibited since the beginning of 2013.

R134a has a global warming potential (gwp) around 1,300 times higher than carbon dioxide.

However, the Court does not consider this coolant to be a serious threat to the environment, as the majority of French car-makers use the same product. A notable exception is Renault, which recently switched to a new product – in conformity with EU law -for its latest electric car.

Daimler says that it considers that air coolant – R1234yf, which has a gwp of 4 – to be dangerous and has raised questions regarding its flammability. Toyota has already withdrawn the product from some Prius and Lexus models.

Experts say the move by French authorities to halt Mercedes-Benz registrations could have been interpreted as a reaction to Germany’s refusal to make progress on a more binding EU legislation on CO2 emissions.

CO2 emissions are linked to car power and German cars, which are often more powerful than the French ones, pollute more.

The European Commission said it could launch an infringement procedure against Germany.

The French Transport Ministry has “taken note” of the Court’s decision, adding however that this opinion could in no way prefigure the final Court ruling, nor the Commission’s decision to launch the infringement procedure.

Daimler, in a statement from its headquarters in Stuttgart, said that it was “delighted” with the opinion and that it expected “the French authorities to start registering our vehicles within the next 48 hours.”

Holger Krahmer, the environment spokesman for the liberal party FDP, welcomed the Court's decision and asked for a whole new directive from the European Commission. Such a move would be problematic in terms of competition as many car-makers, including French ones, have already made big investments in refrigerant systems so as to comply with EU legislation.

Last June, the French government halted the registration of several Mercedes-Benz cars (A, B, CLA, SL), because they do not comply with EU law.

According to the new rules, vehicles must use less harmful air conditioning coolants. Their impact on climate must be at the most four times higher than the CO2, air coolants have a 150 times stronger impact on the climate. Mercedes says that the new fluids are flammable and went back to using the old ones.

On 28 July 2013, French Transport Ministry invoked a safeguard clause to justify the ban on the new Mercedes cars on its soil.