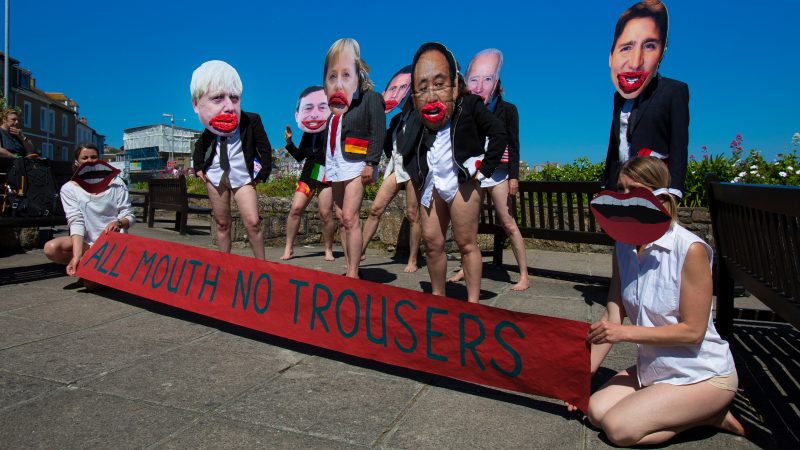 Female members of the environmental movement Extinction Rebellion (XR) pose as G7 leaders during a demonstration in St. Ives, Cornwall, Britain, 13 June 2021. Embodying the saying 'all mouth and no trousers' through costume and partial nudity, activists aimed at illustrating that the G7 leaders are making promises on climate change but taking no real action. [EPA-EFE/JON ROWLEY]

The Group of Seven leaders on Sunday (13 June) pledged to work together to tackle carbon leakage, weeks before the European Union is due to propose a world-first plan to impose CO2 emission costs on imports of certain polluting goods.

As large emitters such as the EU wrestle with how to meet targets to cut CO2 emissions drastically and quickly, concerns are rising about so-called carbon leakage – the risk that tough climate policies could cause companies to relocate to regions where they can continue to pollute cheaply.

“We … acknowledge the risk of carbon leakage, and will work collaboratively to address this risk and to align our trading practices with our commitments under the Paris agreement,” G7 leaders said on Sunday in a joint communiqué.

The leaders said policies to put a price on CO2 will help them decarbonise their economies.

They steered clear, however, of mentioning carbon border fees – an idea set to take centre stage next month, when the EU will propose its long-awaited plan to force importers to pay for their emissions.

A draft of the EU policy would require importers of iron and steel, aluminium, cement, fertilisers, and electricity to buy digital certificates to get their goods over the EU border. Each certificate would represent a tonne of CO2 emissions embedded in the goods.

Brussels says the policy is needed to put EU firms on an equal footing with competitors in countries with weaker climate policies.

However, it has stoked opposition from countries including Russia, for whom it could make access to the EU market more expensive for certain goods.

It could also hit some G7 members. The draft proposal would apply to some goods Britain and the US sell into Europe, including steel and fertilisers.

Brussels has said countries with sufficiently ambitious climate policies may be able to dodge the fee. 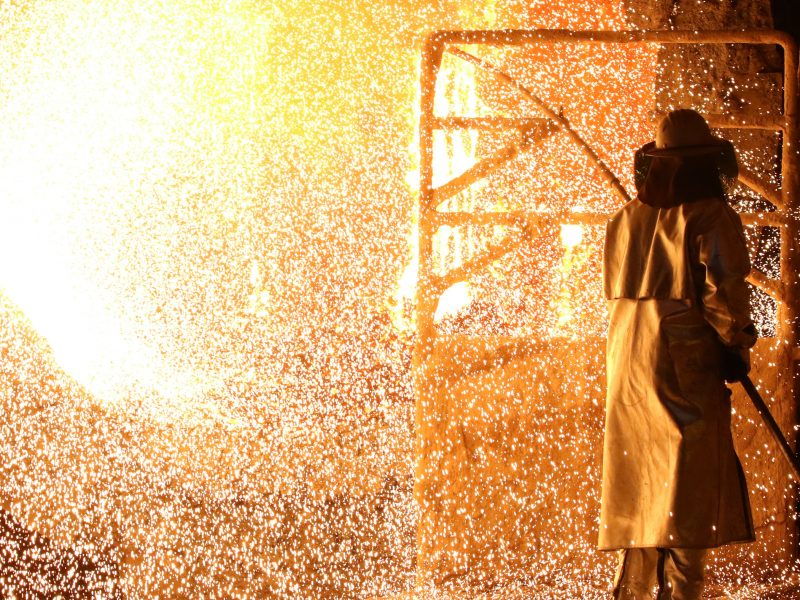 The European Union plans to impose carbon emission costs on imports of goods, including steel, cement and electricity, according to leaked documents obtained by EURACTIV.