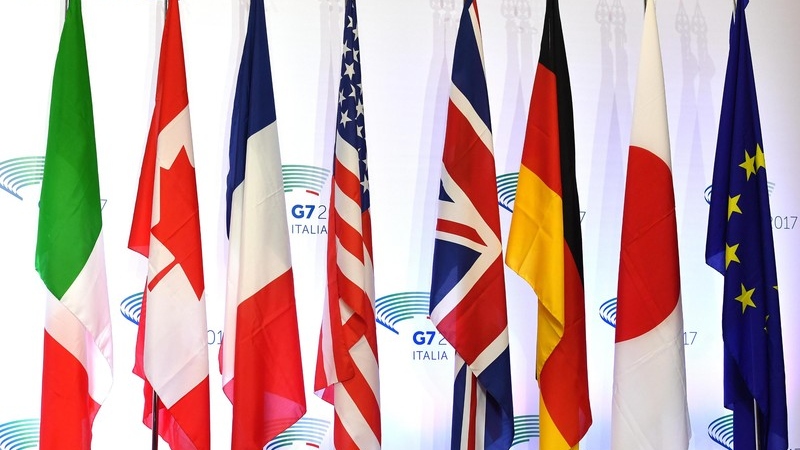 A meeting of G7 Finance Ministers and Central Bank Governors in Washington DC has led to a new agreement on collaborative efforts to monitor supply chain pressures across the globe.

With nations reeling from supply chain bottlenecks – the IMF recently downgraded US growth forecasts by 1%, the most of any G7 nation – ministers met to discuss ways to mitigate against future cases of disruption.

UK Chancellor Rishi Sunak chaired the meeting and stressed the importance of global cooperation. Sunak announced that the UK is pledging an additional £1 billion in Special Drawing Rights (SDRs) to the IMF’s Poverty Reduction and Growth Trust (PGRT). The PGRT provides zero-interest loans to vulnerable countries that need financial support.

“Supply chain issues are being felt globally – and finance leaders from around the globe must collaborate to address our shared challenges,” said Chancellor Rishi Sunak.

“Today we have collectively agreed to work closely over the coming months – and together we will build a strong and resilient recovery,” he added.

As part of the discussion, the G7 has, for the first time, agreed to collaborate on how carbon pricing can be integrated to help deliver the ambitions of the Paris Agreement.

It is the latest step from the G7 to ramp up climate commitments ahead of COP26.

Earlier this year, finance ministers agreed on a historic mandate for climate reporting in line with the recommendations of the global Taskforce on Climate-related Financial Disclosures (TCFD).

The UK was the first major nation to confirm plans to mandate climate disclosure back in November 2020.

The proposals would see any company with more than 500 employees and more than £500 million in annual turnover in the UK disclose potential risks associated with climate change and the net-zero transition into annual reports. The recommendations are in line with the TCFD and look set to impact more than 1,500 companies.

A consultation from the Department for Business, Energy and Industrial Strategy (BEIS) has now been launched with a view to enforcing the report approach from April 2022.

Following the G7 Summit this summer, nations agreed on a commitment to halve emissions by 2030, against a 2010 baseline, on the road to net-zero by 2050 at the latest. Businesses are encouraged to contribute by setting science-based targets to cut emissions and by joining the UN’s Race to Zero initiative.

Beyond these sector-specific commitments, the communique states that the G7 will strive to get back on track to deliver an existing commitment to provide $100 billion in annual funding to help low-income nations decarbonise while accelerating climate adaptation.

An Oxfam report reiterates that G7 governments are failing to deliver on the longstanding $100 billion pledge. Oxfam estimates the G7’s current commitments would deliver $36 billion by 2025, of which less than $10 billion would be for projects and initiatives on climate adaptation.