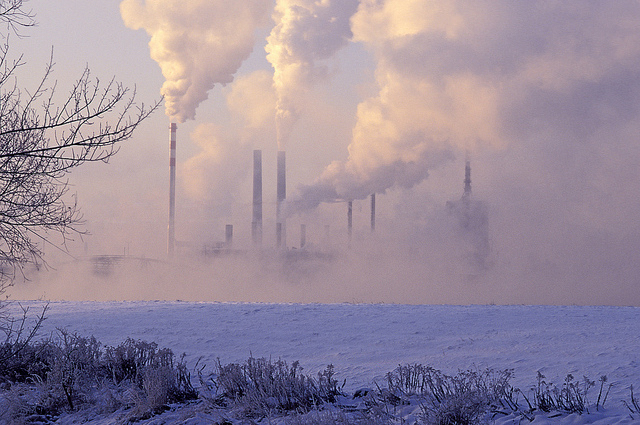 Climate experts say the need to agree on a global carbon price to cut pollution and aid clean technologies is a no-brainer, and yet the topic will have no place at the upcoming Paris climate talks.

World leaders, captains of industry, the International Monetary Fund and the World Bank had all expressed hope that the Paris meeting would welcome the idea.

Paris will host beginning next week a gathering of nearly 140 world leaders to spearhead a climate pact tasked with keeping Earth liveable for humanity.

But despite a myriad carbon pricing schemes having been experimented with across the world and plenty of big-name support behind the idea, the Paris gathering will not address putting a global price on pollution.

The idea of setting a price for emitting carbon dioxide is to encourage polluters to reduce the amount of greenhouse gases they emit by making them pay the bill and focus on the need to develop and invest in green technology.

>>Read: COP21 will end a decade of failed climate finance

Frederic Dinguirard, from The Shift Project think tank, wants to see “the creation of a ‘signal-price’ which triggers a decision to invest long-term, as these are the investments which are necessary to make the transition to a low carbon society”.

The Global Commission on the Economy and Climate, an independent initiative on how the global economy can meet green challenges that is co-chaired by Mexican former president Felipe Calderon and economist Nicholas Stern, recommends that “governments introduce a strong, predictable and rising carbon price.”

The body says carbon pricing is “a particularly efficient way to advance climate and fiscal goals” as a means of “helping to guide consumption choices and investments towards low-carbon and away from carbon-intensive activities. It also sees the recent fall in oil prices as “an opportunity to advance carbon pricing and fossil fuel subsidy reform.”

Twenty managers’ organisations from around the world, including BusinessEurope, recently wrote to UN climate chief Christiana Figueres stressing the importance of a carbon market being created as part of accords stemming from the Paris conference.

“The development of a global carbon market will help stimulate investments in innovative technologies, installations and products to be made in locations where they deliver the greatest possible climate benefits at the lowest economic cost,” wrote BusinessEurope, which urged “the setting of a global level playing field to ensure a fair comparison.”

But despite their efforts, the issue will not feature in COP21 talks, to the chagrin of Brice Lalonde, UN special advisor and a former French environment minister.

“(This) illustrates perfectly the rather abstract side of the negotiations and the world inhabited by diplomats as compared to the world’s economic reality,” says Lalonde.

Lalonde says it is “not totally to be ruled out” that carbon pricing could win a mention in an international Paris agreement.

But he suggests it is somewhat unlikely given that “the petrol producing or coal producing nations don’t want it as it will render their development more expensive”.

To date, some 40 nations and 23 cities have already introduced or scheduled the introduction of carbon pricing, covering around 12% of global greenhouse gas emissions, according to World Bank figures.

“So things are evolving — but not quickly enough to have a real impact on economic models,” complains Pascal Canfin of the World Resources Institute in his guide to the issues facing Paris participants.

Europe did bring in an emissions trading scheme a decade ago but with its surplus of allowances, coupled with low pricing, has not sparked the desired low-carbon investment decisions. The scheme also drew constant criticism from groups like BusinessEurope, which denounced the high costs incurred for regulated companies.

Canfin says: “The price of carbon is an issue where international cooperation allows acceleration of national action. The results of Paris on this point will thus be a key element our in judging the success or otherwise of the climate summit.”

Lalonde meanwhile says the price level needs to be sufficiently high to “dissuade” firms from cleaving to the high-carbon path as well as pushing other green measures such as ending subsidies for fossil fuel.

Dinguirard says an “arsenal” of measures is required to cut carbon emissions, comprising “all kinds of constraints, incentives” — measures which would cement awareness of the global warming issue.

Here is a brief look at several methods of applying carbon pricing:

A monetary levy added to a product's sale price on the basis of the volume of greenhouse gases emitted in its production and use. Several European countries and Mexico have introduced such a tax. The IMF recently said it favoured the option as the "best" solution despite reticence in the business world.

A legally fixed standard determining the limit of greenhouse gas emissions allowed for the production of a good or a technology.

This is a more flexible mechanism which fixes emissions reduction obligations and allows firms or countries to trade quotas, buying or selling depending on whether they have surpassed or remain inside set emissions limits.

This is the system currently in use in the European Union, California and New Zealand. China, the largest emitter of greenhouse gases, says it will adopt this system in 2017.

These mechanisms do not directly fix the price of carbon but are complementary. They are designed to compensate, on a voluntary or statutory basis, greenhouse gas emissions via the financing of projects aimed at emissions abatement.