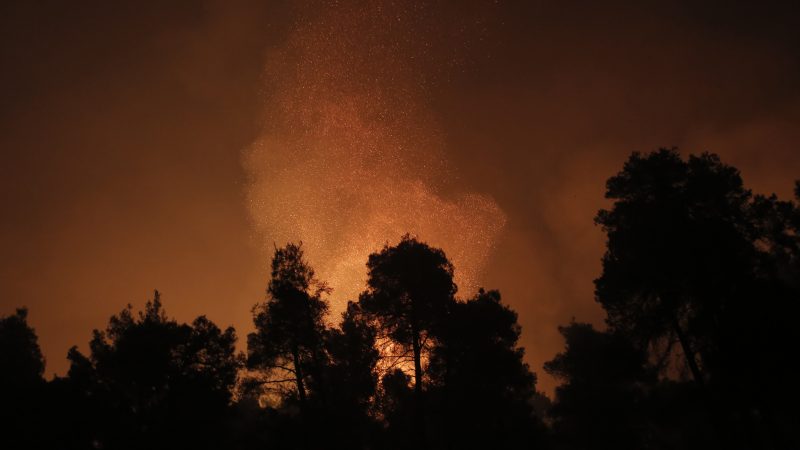 Flames raise to the sky during a wildfire at the village of Kamatriades in the island of Evia, Greece, 09 August 2021. [EPA-EFE / KOSTAS TSIRONIS]

Greek Prime Minister Kyriakos Mitsotakis on Friday appointed a new minister in charge of recovery from natural disasters in a bid to defuse growing anger over the struggle to curb wildfires that have charred thousands of hectares of forest.

Mitsotakis has this week apologised for delays in the firefighting effort while defending his government’s action and authorising a 500-million-euro ($586.95 million) relief package.

Hundreds of houses and businesses have been destroyed and around 65,000 hectares (160,620 acres) of forest destroyed by the conflagrations since the start of August, with relief finally brought by rain on Thursday on Evia, Greece’s second-largest island and the scene of some of the worst blazes. 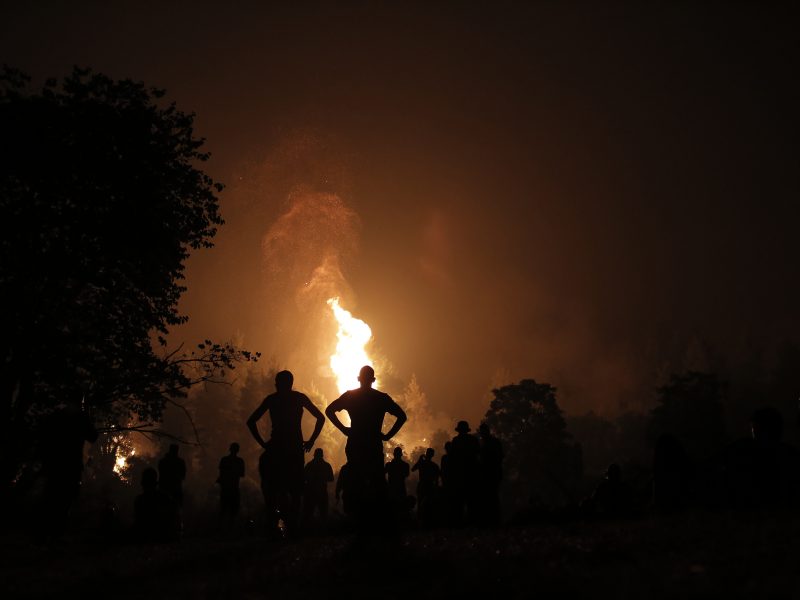 Greek Prime Minister Kyriakos Mitsotakis apologised on Monday (9 August) for failures in tackling the devastating wildfires that have burned across Greece for the past week as the country counted the cost in lost homes and livelihoods.

Fire brigade officials told Reuters that forest fires on Evia and in the mainland Western Peloponnese and Northern Attica regions remained under control but that many firefighters had stayed on in the areas to fight possible flare-ups.

“The internal government reshuffle is aimed at strengthening the response to natural disasters and crises and at supporting residents of the fire-affected areas,” a senior government official told Reuters.

The new deputy minister, Christos Triantopoulos, will be responsible for aid and recovery from natural disasters, a new post created to compensate businesses and families hard hit by recent blazes.

With a string of deadly wildfires burning in countries from Turkey to Algeria amidst record summer heatwaves, extreme weather events caused by climate change have become a central policy challenge to governments across the Mediterranean.

In Greece, one civilian has been killed and another died helping prepare fire defences. Two injured firefighters are in hospital.

Other new faces in the Greek government include Ioannis Economou, a deputy agriculture minister, as government spokesman – a position that had been vacant since March. ($1 = 0.8519 euros)