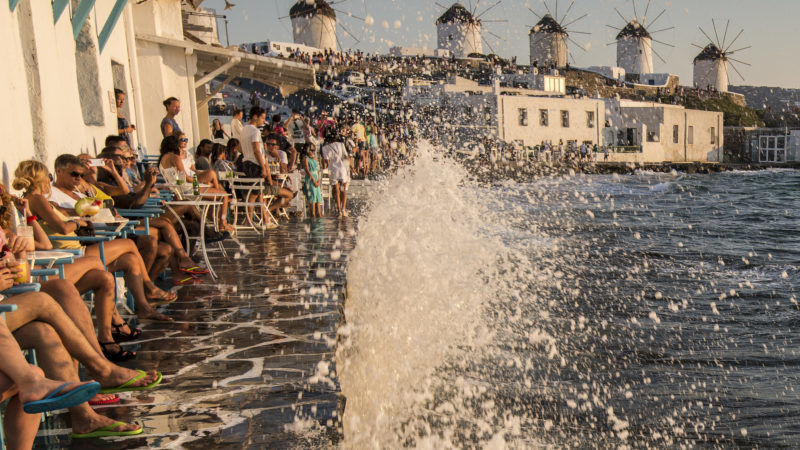 The coastline of Mykonos could move 150m inland as the sea level rises. [www.david baxendale.com/Flickr]

The total reported economic losses caused by weather- and climate-related extremes in the 33 EEA member countries between 1980 and 2016 amounted to more than €450bn, according to a recent study released by the European Environment Agency. EURACTIV Greece reports.

In addition to that, extreme weather events in the same period, such as heatwaves, prolonged droughts and forest fires have caused 89,873 deaths across Europe. Greece is one of the most vulnerable countries to climate change in Europe, according to experts, and faces a gloomy future in the decades to come.

Can you imagine the worldwide famous island of Mykonos losing one of its most visited beaches?

This is no longer a science fiction scenario, due to the adverse impacts of climate change. According to a study published by a Greek think tank, the southern beach of Ornos in Mykonos will be completely lost as sea levels rise, bringing the shoreline 150m inland from the coast, flooding streets and buildings. Exposed archaeological sites such as the Temple of Epicurean Apollo and Ancient Olympia will be in direct danger.

Forests will be at risk as forest fires become more common. Overall, the rise in sea levels is likely to flood 3.5% of the country’s land. It is estimated that the phenomenon could cost the country about 2% of its GDP.

Approximately 5.5 million Greeks in the 25 largest cities in the country will face burdensome thermal conditions due to the rise in temperature and therefore the health of millions of Greeks aged over 65 will be at risk from the rapidly rising number of days at very high temperatures.

In 2007 a megafire in the western Peloponnese burnt 670,000 acres of forest, olive groves and farmland and caused the death of 46 people. The fire destroyed 1,000 houses and 1,100 other buildings, damaging hundreds more. By 2050, high-risk days are expected to grow from 15% to 70% each year and the increased risk period will increase from two weeks a year to six.

Although Greece is a country with abundant sources of renewable energy (solar, wind and geothermal) it is still addicted to coal. It depends on 16 ageing lignite coal units for around half of its electricity production and is planning new coal plants. 1100MW of coal stations will cost an estimated €2.4 billion and emit around 7m tonnes of CO2 per year. 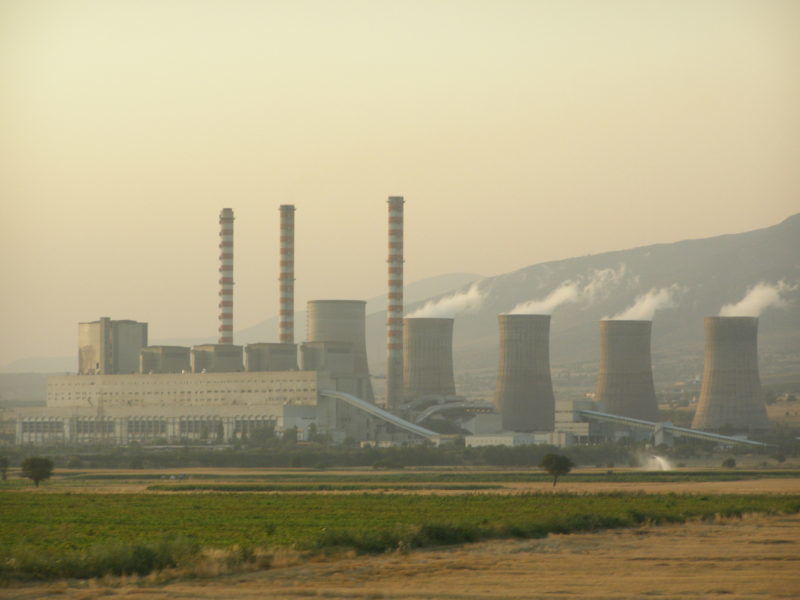 Environmental activists have accused Greece of violating an international convention by directly granting permits to its national energy company and making it impossible for anyone to launch a legal challenge against them.

The Greek government has not yet planned a roadmap for the energy transition to a carbon-neutral economy. A recent press release from Eurelectric, which represents 3,500 utilities with a combined value of over €200 billion, reaffirmed a pledge to deliver on the Paris climate agreement and vowed a moratorium on new investments in coal plants after 2020. The only exceptions to this initiative were Poland and Greece.

The EU has set a long-term goal of reducing greenhouse gas emissions by 80-95% by 2050. Greece does not seem willing to follow up and change its mindset over its dependence on lignite. Mykonos and ancient Olympia should prepare to face the impacts of climate change.