Juncker met 18 business lobbyists in 2015, but not one green NGO 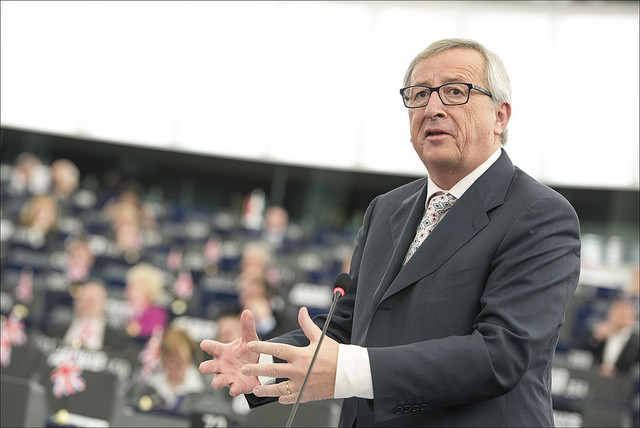 EXCLUSIVE / European Commission President Jean-Claude Juncker did not meet a single green NGO in 2015, but found time for one-on-one meetings with 18 business and industry organisations.

Juncker’s website shows 29 meetings from 22 January to 10 December 2015.  The apparent bias will be seized on by those who accuse the Commission of not caring about the environment, and prioritising business interests.

Jeremy Wates is Secretary General of the European Environmental Bureau (EEB), which is Europe’s largest federation of environmental citizens’ organisations.  It is also a member of the Green 10, a grouping of the most influential Brussels environment NGOs.

He said, “It’s a sad fact that President Juncker has shown little interest in the environment.  To our knowledge, in the 14 months since he has taken office , he has not had a single meeting with any environmental organisation.”

“It’s not double figures but there have been several requests from EEB and Green 10 and we have never had a positive response to any of them.  It does have a chilling effect,” said Wates, “We hope that this will change.”

2015 was a big year for green issues in the EU. As well as the landmark UN Climate Change Conference (COP21) in Paris, there was huge controversy over the withdrawal of the Circular Economy package of waste and recycling laws, and the ‘fitness check’ on the Birds and Habitats Directive.

The Commission’s Regulatory Fitness and Performance Programme (REFIT) scrutinises EU legislation as part of the bloc’s drive to cut red tape on businesses.

An EU consultation on the Birds and Habitats Directive drew the most responses ever received – over half a million – all calling for the laws not to be weakened as part of the ‘better regulation’ strategy.

The European Commission said, “What matters more than looking at individual meetings is the broader picture which makes absolutely clear the importance of environmental issues for the Juncker Commission.”

The executive said that environmental and sustainable issues were integrated into the its ten political priorities, and that Juncker’s cabinet had met green NGOs.

Wates said, “The Commission is a team, but it is a team with a boss.” Discussing the freezing out, he said the EEB had met with Juncker’s predecessor José Manuel Barroso, and his predecessors.

Daniel Freund, of Transparency International, which in June said 75% of all Commission meetings were with corporate lobbyists, added, “Big companies get more one-on-one meetings with Commissioners.

“There is no question of course that lobbyists can wield more influence when they have the undivided attention of a Commissioner.”

A significant share of NGO meetings took place in roundtable debates with ten or more campaigners getting a joint meeting with a Commissioner, said Freund.

The EEB has published a document outlining how the European Commission’s political priorities could be ‘greened’ in a bid to bring Juncker to the table.

Since January 2015, Juncker has had one-on-one meetings with;

Juncker also met with three trade unions, and with Bill Gates, for the Bill and Melinda Gates Foundation, Kofi Annan, for the Kofi Annan Foundation, and George Soros, for the Open Society European Policy Institute.

Commission First Vice-President Frans Timmermans, in charge of better regulation and overseeing sustainable development, met with the Green 10 twice, the Ellen MacArthur Foundation, and the EEB.

>>Read: Coverage of the Birds and Habitats Directive

0 responses to “Juncker met 18 business lobbyists in 2015, but not one green NGO”