Juncker’s annual speech in Strasbourg gave centre stage to issues such as migration, jobs and growth, institutional reform and the future make-up of the Union itself but the Commission president’s green credentials were found wanting.

Although reiterating the EU’s commitment to the Paris Agreement and confirming that the Commission will shortly present a proposal on reducing transport sector emissions, Juncker’s more pronounced focus on other policy areas disappointed many green groups.

In a scathing appraisal of the Commission boss’s contribution, the head of Climate Action Network (CAN) Europe, Wendel Trio, accused Juncker of sounding “like a broken record” when it comes to climate change.

He added that the “biggest disappointment of the morning was that he [Juncker] failed to acknowledge that standing up for the Paris Agreement means stepping up and committing the EU to higher climate targets.”

That point was shared by Jeremy Wates of the European Environmental Bureau (EEB), who urged the EU “to increase its ambition by 2030 and do more in all sectors – not just transport”. Waters also scolded Juncker for not mentioning sustainability or the 2030 SDG agenda.

Luxembourgish Green MEP Claude Turmes urged the European Commission to undergo a “systematic change in thinking” in order to regain the trust of citizens, as well as voicing his disappointment that Juncker “does not consider climate, environmental and agricultural policies as priorities”.

Turmes’ S&D colleague and vice-chair of the Parliament’s environment committee, Parti Socialiste MEP Gilles Pargneaux, told EURACTIV.com that it was “regrettable that the fight against climate change only had an anecdotal place in the speech” and hoped that the transport emissions proposal will be comprehensive enough to tackle a sector that contributes over a quarter of Europe’s emissions.

In allocating so little time to climate and environmental matters in his speech, Juncker left himself open to accusations that he considers the job done. He made a particular point of mentioning that the Paris Agreement was ratified “in this very house”, Turmes remarked.

Friends of the Earth Europe’s Leida Rijnhout acknowledged that Juncker recognises the need for a rethink on Europe in some areas but warned that it is “business as usual” in others. She added that his Commission is still “too focused on trade, investment, the eurozone and defence”.

But Juncker’s loyal energy and climate lieutenants, Commissioners Maroš Šefčovič and Miguel Arias Cañete, both backed their president’s assertion that the EU will “be in the vanguard of climate action”.

Commissioner for Environment Karmenu Vella added that the economic agenda outlined by Juncker showed the “enormous potential for a cleaner, healthier and more sustainable future”. The Maltese politician added that a “strong economy and good environment go hand in hand”.

The European Parliament recently supported increasing renewable energy targets initially proposed by the Commission, as well as indicating support for bolstered energy efficiency goals. Both revised reports will go to plenary within the next few months. 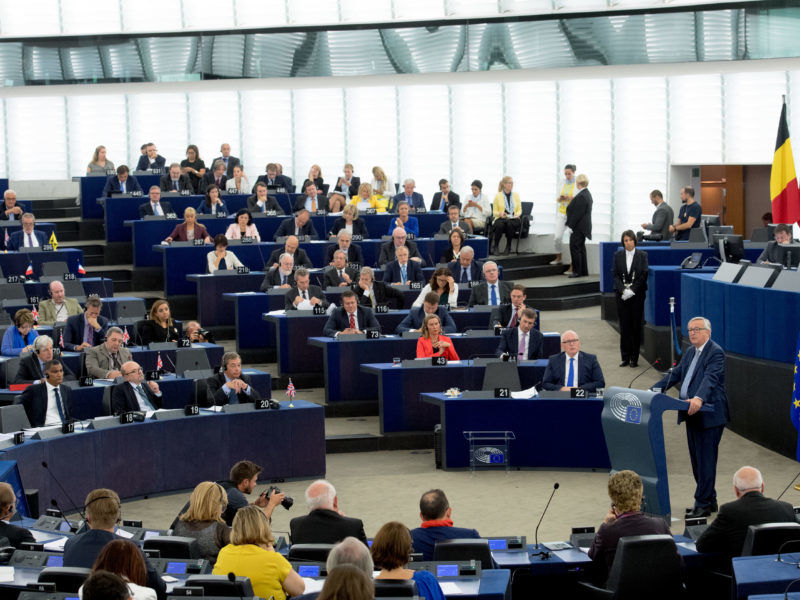