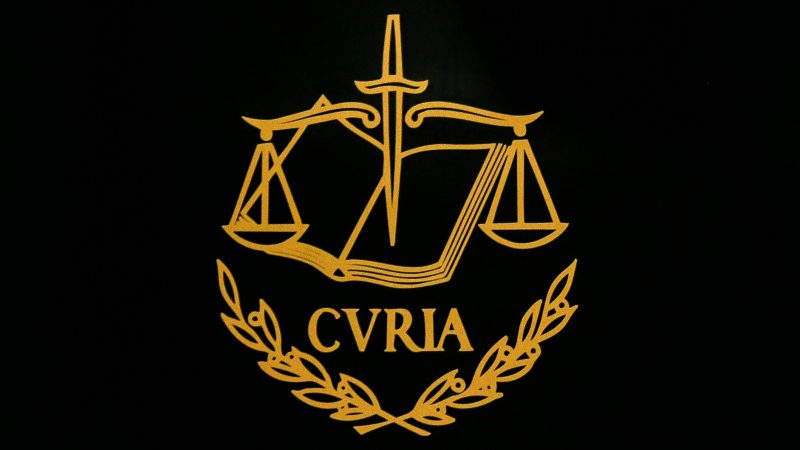 The European Commission has also published its second EU-wide rule of law report for all 27 EU countries. [JULIEN WARNAND / EPA-EFE]

EU countries and the European Parliament are at loggerheads over the revision of the Aarhus regulation, which allows individuals and civil society to challenge law in court on environmental matters, sources familiar with the process have told EURACTIV.

The regulation implements the Aarhus Convention, an international treaty that promotes access to justice in environmental matters. While the EU is signed up to it, it is not acting in line with the treaty, according to the convention’s compliance committee.

It now has until October to fix this and negotiations are ongoing between the European executive, EU countries and Parliament to find a deal on revising the regulation in line with international law.

The second round of negotiations took place on Tuesday (22 June), but there is still a significant gap between the European Parliament’s position and the position of EU countries.

The inclusion of state aid and national-level implementation decisions in the scope of the legislation are the most contentious aspects, according to sources familiar with the negotiations.

The European Parliament’s position is that both of these need to be included in the regulation in order to be compliant with the Aarhus Convention. However, these are sensitive issues for EU countries.

“It’s not just a question of satisfying certain NGOs. It’s not just a question of the credibility of the European Union on the international stage. What is at stake here is the survival of the Aarhus Convention. We have to be aware of that,” said Luxembourg environment minister, Carole Dieschbourg, at a meeting of European environment ministers earlier in June.

“I think that we have to move closer to the European Parliament and we need to take our responsibilities seriously,” she added.

Other countries, like Italy and France, have been more hesitant to support the Parliament’s position. But Hungary said it cannot support measures that go beyond the position of EU member states agreed in the Council of the European Union, the Hungarian delegation told the meeting of EU environment ministers earlier in June.

The European Commission is also reluctant to increase the scope of the Aarhus regulation, warning of a potential overload of the EU’s judicial system.

“We should avoid a situation where the system will be unable to cope with an avalanche of requests and where effective case handling becomes impossible. This can also have a negative impact on the Commission’s capacity to deliver on our joint political priorities – our credibility is also at stake here,” said environment commissioner, Virginijus Sinkevičius at the meeting.

For the European Parliament, the inclusion of state aid and national-level implementation are red lines. Without these, the European Union will still not be compliant in their view.

Not complying “would be a disaster”, according to Martin Hojsík, a Slovak MEP from the centrist Renew Europe political group who is shadow rapporteur on the proposal. “As a union, we stand for liberal democracy and the rule of law. It’s not always easy for us also at home – we have our problematic spots. But it’s one of the core values of the Union,” he told EURACTIV.

Hojsík hopes the next round of negotiations – to be held under the incoming Slovenian EU presidency – will see a conclusion to the negotiations. The deadline is tight as Europe has until October to go back to the international body with its improved plan for the implementation of the Convention.

In the European Parliament, lawmakers feel they have come up with a balanced position and are hoping for negotiations to wrap up quickly with EU member states in the Council.

Parliament concessions include an 18 month phase-in period for compliance on national-level implementation measures. Now the Council needs to move from looking at “if” it will implement compliance to “when”, a source said.

The next trilogue is due on Monday 12 July. It is expected to be open-ended, meaning negotiators are hoping to find an agreement. Negotiations could end up running well into the night.