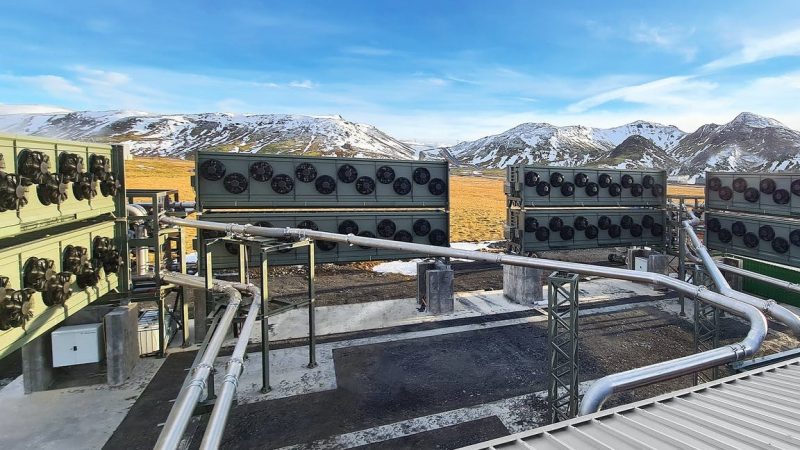 The European Commission will reward green farming practices like afforestation and soil conservation while putting rules to identify activities that “unambiguously remove carbon from the atmosphere” under draft proposals seen by EURACTIV.

A draft EU carbon strategy, first obtained by French news site Contexte, aims to contribute towards the EU’s climate effort by removing CO2 from the atmosphere and “pave the way for a policy of negative emissions in the future”.

The European Climate Law, approved earlier this year, requires that any carbon emissions remaining in Europe by 2050 are to be balanced by removals, “with the aim to achieve negative emissions thereafter,” says the paper.

The EU strategy on “sustainable carbon cycles,” due to be released on 14 December, takes this objective one step further by putting forward plans “to upscale carbon removal solutions that capture CO2 from the atmosphere and store it for the long term”.

This can be done “either in ecosystems through nature-based solutions or in other storage forms through industrial solutions” like carbon capture and storage, says the Commission paper.

Oil and gas companies have been at the forefront of calls to ramp up carbon dioxide removals, attracting criticism from green activists who say they are looking for ways to shirk their responsibility in cutting emissions.

But advocates say carbon removal technologies will eventually be needed because emissions from parts of industry and agriculture will be impossible to eliminate entirely.

Even if nations succeed at cutting CO2 in accordance with the Paris Agreement, there will still be “residual emissions” after 2050 when Europe is supposed to achieve climate neutrality, said Oliver Geden, a German scientist who is one of the lead authors behind the sixth assessment report by the Intergovernmental Panel on Climate Change (IPCC).

“So whenever we talk about achieving climate neutrality by mid-century in a way that complies with the Paris Agreement, it’s assuming that we’re going to remove carbon dioxide from the atmosphere,” Geden told a recent EURACTIV event.

“To me this reads like a very sensible proposal,” he said in reaction to the draft. Until now, governments have only reluctantly dealt with carbon dioxide removal and the strategy will place the EU “among the frontrunners, globally, together with the UK and the US,” he told EURACTIV in emailed comments.

The Commission proposal, he added, “will certainly create a political dynamic” by forcing governments and lawmakers in the European Parliament to invest political attention to the issue.

The key to achieving carbon dioxide removals is so-called “carbon farming”, where landowners are rewarded for green farming practices that capture CO2 or prevent the release of carbon into the atmosphere.

The Commission also seeks to replace fossil fuels by promoting wood in the construction sector or by producing electricity using bioenergy in combination with carbon capture and storage (BECCS) technology to sequester the related emissions.

But nature-based solutions cannot be scaled up indefinitely, the EU executive cautions, pointing to other technological solutions like Direct Air Capture (DAC), which sucks CO2 directly from the air.

Although still in their infancy, these technological solutions are more promising because the removals are permanent – unlike carbon captured from forest growth, which can be reversed when trees are cut and burned.

By 2030, 5 million tonnes of CO2 should be removed every year from the atmosphere and permanently stored using technological solutions like DAC, the strategy says.

By 2030, “at least 20% of the carbon used in the chemical and plastic industry should be from non-fossil sources,” the strategy says. 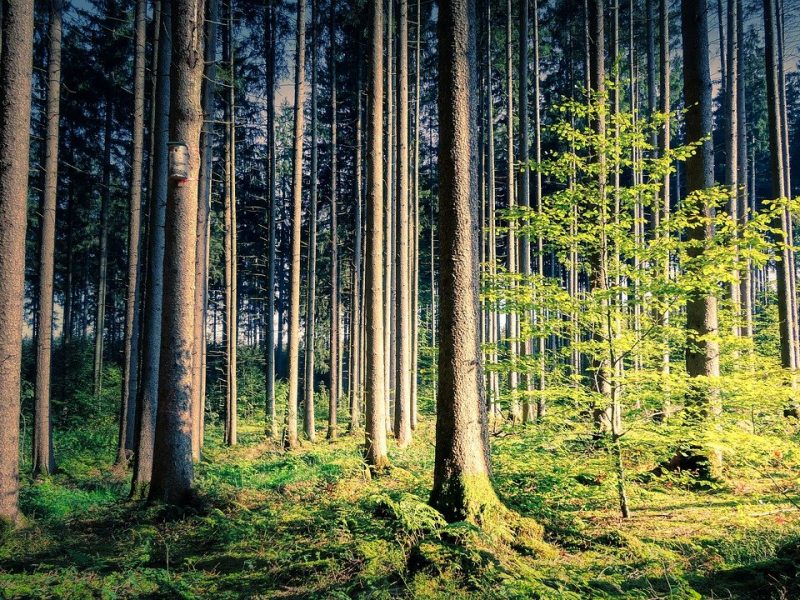 All these solutions will be underpinned by “strong requirements on monitoring, reporting and verification” to ensure the carbon is permanently stored.

This will be based on a certification system, which the European Commission plans to table in 2022 and could later serve as a basis for an international standard.

“All carbon removals need to be accounted for in full transparency and by considering criteria such as the duration of the storage, the risk of reversal, the uncertainty of the measurement or the risk of carbon leakages increasing GHG emissions elsewhere,” the communication says.

These will form the basis for creating a new EU market for carbon removals, working alongside the EU’s existing Emissions Trading Scheme, which covers emissions from large industrial plants.

Carbon removal credits – or “offsets” in climate jargon – are already being traded on voluntary markets, and demand is already outweighing supply, the Commission notes, saying it is considering options “for creating an EU regulated market for the period after 2030”. 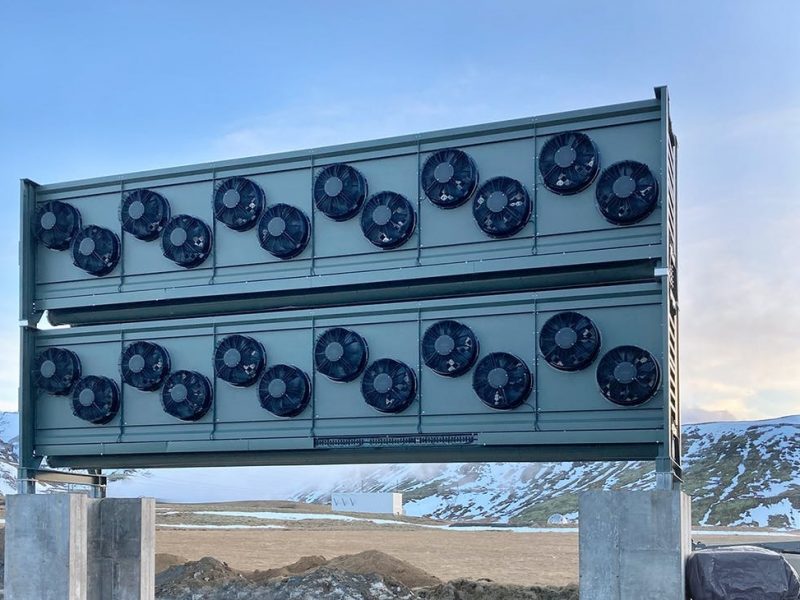 Offsetting schemes like tree-planting are controversial, however. Environmental groups have criticised them as a greenwashing tool that allows fossil fuel companies to continue polluting because their emissions would be compensated by withdrawals elsewhere.

Mary S. Booth, an ecological scientist at the Partnership for Policy Integrity (PFPI), a US-based campaign group, also warned about the “astronomical” cost of deploying technologies like Direct Air Capture (DAC) at scale, which involves transporting carbon across borders to available storage sites.

“For example, the Silverstone project mentioned on page 16 currently captures 12,000 tonnes annually at a cost of millions – about a quarter of 1% of the 5 million tonne goal.”

Geden, the German scientist, agrees that the 2030 target “might be a bit overambitious in terms of the timelines involved,” especially since setting up a monitoring and verification system for a diverse set of CO2 removal methods won’t be an easy task.

Yet, he says the 5 Mt technological removals “are an important signal” for the market. “The signal that these removals should be delivered domestically is very important, so that stakeholders and member states do not prematurely combine this unfounded expectations about international offsets under UNFCCC Art. 6,” he said.

Similarly, Booth said replacing 20% of chemical and plastic production in Europe would require “tens of millions” more tonnes of biomass, or a massive ramp-up of DAC – a solution she said was “an extraordinarily expensive and resource-intensive approach to replace a small proportion of fossil fuel use.”

A new study by PFPI, published on Tuesday (23 November), concluded that EU plans to achieve net-zero emissions by 2050 was based on “unrealistic assumptions” regarding carbon removals.

Under EU climate policy proposals for 2030, new forest growth would absorb 310 million tonnes of CO2 by 2030 while another 250 Mt would be sequestered from biomass energy with carbon capture and storage (BECCS), a technology that Booth says “effectively does not exist”.

If those plans are approved, “use of forest wood for fuel will increase 50%, contributing to the weak land sink target and making the EU reliant on BECCS,” Booth warned.

She argues that a cheaper and more immediate solution to capture carbon is to halt deforestation and stop burning biomass to produce electricity.

EU member states currently pay out €10-€17 billion per year to subsidise biomass burning that contributes to pumping CO2 into the atmosphere, according to calculations by PFPI.

Instead, those subsidies “should be reallocated to zero-emissions energy and restoring the declining forest carbon sink,” she suggests.

“To restore ecosystems and the forest carbon sink, the EU needs to harvest and burn less wood,” the study concludes.