Greenpeace activist Gesche Juergens speaks before protesters with banners outside of the Economy Ministry in Berlin, Germany, 21 September 2020. [EPA-EFE/CLEMENS BILAN]

While the EU’s draft trade deal with South American nations mentions the Paris  Agreement, calling for its rapid implementation, there are no provisions related to enforcement or repercussions if the parties fail to implement it, Greenpeace said.

“Omitting sanctionable commitments to stop nature destruction and tackle the climate crisis shows how little regard this deal has for the existential challenges we face,” said Greenpeace trade expert Juergen Knirsch.

“The deal would accelerate the destruction of the Amazon, unleashing climate chaos and annihilating countless species,” Knirsch said.

While parts of the EU-Mercosur trade agreement have been available since July 2019, the Association Agreement text has not been made public until now.

Even without reopening the text of the agreement, “there are some issues that we have to clarify, that we can clarify”, Altmaier said after a meeting of EU trade ministers in Berlin on 21 September.

A “sustainable solution” can be found, he said, urging his EU partners not to be divided on the hot-button issue. The EU’s new trade Commissioner, Valdis Dombrovskis, also said it was “clear that we need to take those issues seriously”.

While Germany is keen to get the treaty ratified quickly, France has insisted on inserting provisions to ensure the trade deal does not lead to further deforestation.

“The draft agreement has no provision to impose discipline on the practices of the Mercosur countries in the fight against deforestation,” the French government said in a statement last month.

Other problems with the draft treaty include a lack of democratic accountability, with national parliaments and the European parliament excluded from decision-making bodies appointed to oversee the enforcement of the deal.

The treaty also encourages investments but there is no requirement for those to meet sustainability criteria, leaving the door open to further deforestation, Greenpeace says.

“In the twenty-first century, international agreements must have the protection of people and nature at their core, not as a ‘nice-to-have’ – this deal doesn’t measure up and must be scrapped,” Knirsch said.

Mercosur countries have said they hope to get the trade deal signed before the end of the year. But the road to ratification is long, and several countries including Austria, France, Ireland, Luxembourg and the Belgian region of Wallonia have expressed concerns over the lack of enforceable environmental provisions in the deal.

To circumvent a potential veto from these countries, the European Commission could decide to split the agreement and submit only parts of it to a vote in the EU Council of Ministers, where a qualified majority would be sufficient.

Such a move “would be a technical manoeuvre to get around the legally binding vote by the Austrian parliament obliging the Austrian government to vote against the agreement in the Council,” Greenpeace said. 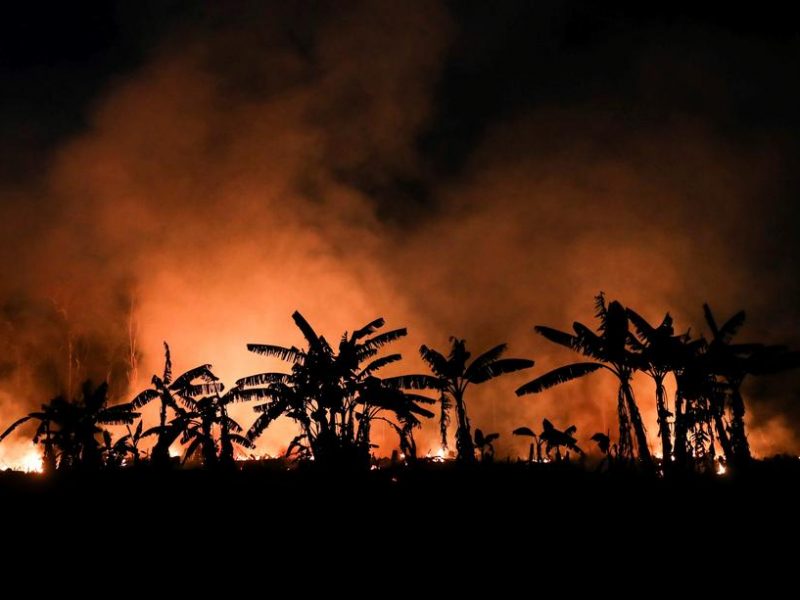