Despite his Christian convictions, the lead candidate for the European People’s Party (EPP) has remained remarkably silent on important environmental issues such as climate change, before changing gear suddenly towards the end of his campaign.

“Yes, absolutely. Europe must move towards net-zero emissions by 2050”.

Those words, articulated in a written interview published today on EURACTIV, were a long time coming for Manfred Weber. For most of the European election campaign, the German candidate preferred keeping his opinions to himself when it comes to the environment.

“He was mostly busy keeping the grand coalition together in the European Parliament,” says Pieter de Pous, a veteran Brussels activist who moved to Berlin over a year ago to become a senior advisor at E3G, a climate change think tank.

Even though Weber has little chance of becoming the next president of the European Commission, his views on the environment still matter hugely because he represents the largest political family in Europe – including the CDU party of German Chancellor Angela Merkel.

To be fair, environmental policy was never a unique selling point for the EPP’s predominantly conservative electorate. When the party held an internal vote last year to select their Spitzenkandidat for the European elections, its green inclinations were represented by underdog Alexander Stubb, a young and dynamic former prime minister of Finland who championed net-zero emissions goals by 2045. 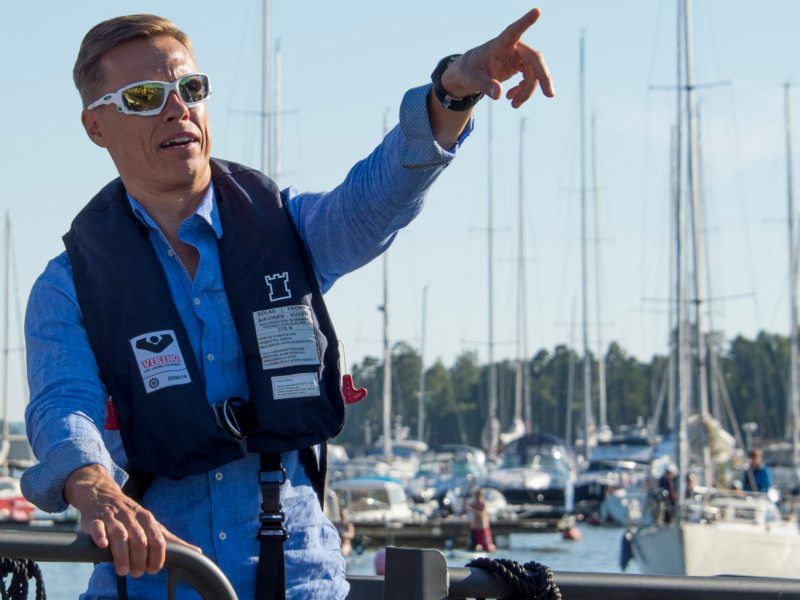 Should he be picked as the European People’s Party (EPP) lead candidate for the European Commission’s top job, Alexander Stubb vows to “work towards a carbon neutral Europe by 2045”. EURACTIV’s media partner Climate Home News reports.

After losing the EPP primary, Stubb gave his support to Weber but did not actively participate in the election campaign. Weber, for his part, did not bring up the climate topic until he was eventually forced into action by domestic politics, observers say.

“He did it because of pressure, coming from Germany in particular,” de Pous told EURACTIV, saying the school strike movement in Germany had exposed the environmental weaknesses of Weber’s CSU party in Bavaria.

In a regional vote last October, the Green Party became the second strongest political force in the traditionally conservative Bavaria, where Weber’s CSU had ruled almost single-handedly since 1957.

“That put a stop to their current approach of just kicking the can down the road and postponing tough choices,” de Pous says. “They need to face the tough choices now,” he added referring to the German climate commission set up by Chancellor Merkel earlier this year to draft a new climate protection law.

According to de Pous, the youth climate strikes in Germany also largely explain Merkel’s sudden about-turn on climate policy. In a surprise move last week, the German Chancellor gave her backing to the EU’s proposed carbon neutrality target for 2050. She had until then refused to commit to any date in particular.

Another game-changer, de Pous says, came in February when a petition to “save the bees” registered a record 1.75 million signatures in Bavaria. The CSU government in Bavaria was compelled to follow up on the historical petition and immediately adopted a bill to translate it into law.

That made the CSU realise that the environment “is a topic they couldn’t ignore any longer,” de Pous says, pointing out that Weber’s party had “never really given much attention to it until now”.

A Christian faith in environmentalism

The CSU’s belated interest in the environment could make Weber look like a novice on green topics. But he can, in fact, claim some expertise on the matter.

In his EURACTIV interview, Weber says he “became aware of questions related to ecology from an early age,” when he was a member of the youth organisation of the Catholic Church. As a young student in mechanical engineering, he specialised in environmental technology and later founded a consultancy firm specialised in this field after his studies.

“Environmental issues were one of my areas of expertise also in the Junge Union, the Youth organisation of the CSU,” Weber told EURACTIV, stressing that this was not common at the time. 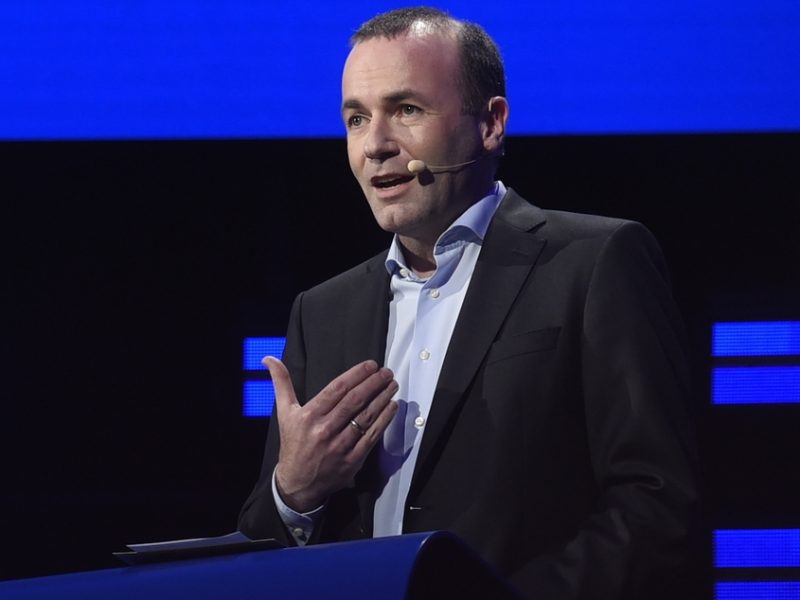 Weber says he was “deeply impressed” by the second encyclical of Pope Francis, Laudato Si, which calls on humans to take greater care of the planet and urges “swift and unified global action” on climate change.

According to Weber, Christians “have a duty to help preserve our environment and all living beings on our planet. This is at the heart of my concept of Christian Democracy: organising, in a democratic manner and by integrating all members of society, a sustainable future for our planet.”

Although his chances of becoming Commission president are slim, Weber is still likely to be offered a key position in the EU executive or in the European Parliament.

That should put his environmental credentials under close scrutiny after the European election. In Parliament, Weber’s CSU party already came in for criticism last month when Climate Action Network Europe, an NGO, published an analysis of voting records in the European Parliament. 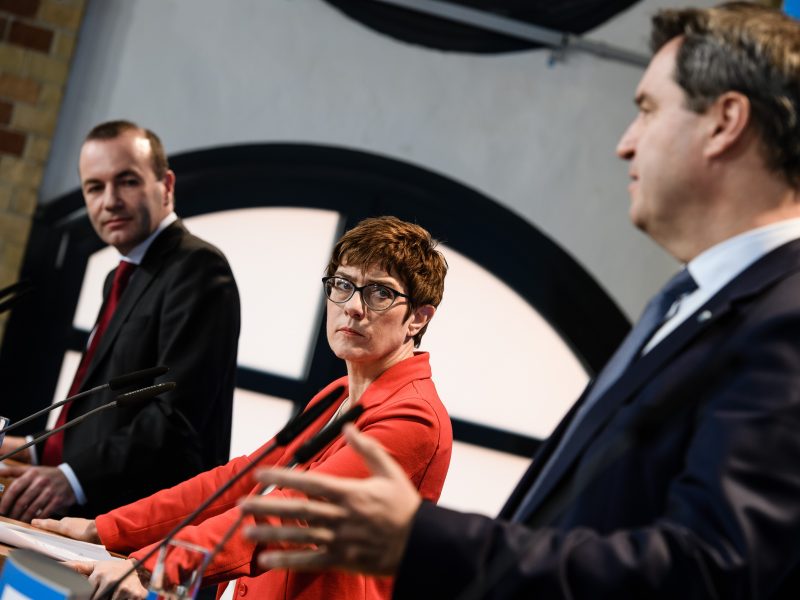 Such scrutiny will probably intensify after the elections. In fact, it has already begun.

The Institute for European Environmental Policy (IEEP), a think tank, recently produced an analysis of the election manifestos of major European parties. And although both Weber’s 12-point plan and the EPP manifesto make the implementation of the Paris Agreement a priority, the IEEP says they fall short on climate policy.

“Their proposals are unlikely to get us where we need to be in terms of emissions,” says IEEP director Céline Charveriat. “What we have right now from the EPP is not sufficient,” she told EURACTIV.

Because he is an engineer by training, Weber seems to have big faith in research and technology, Charveriat said. In his EURACTIV interview, Weber indeed calls for “more money dedicated to future-oriented research,” saying that “only new innovations and clean technologies” will address the climate crisis.

But while Charveriat agrees innovation is critical, she says relying solely on it is unlikely to be sufficient to address Europe’s ambition gap on climate change. “Other parties have made concrete proposals saying Europe needs to look beyond the ETS and look into a reform of taxation, for instance,” Charveriat said.

“And there, the EPP manifesto solely mentions the ETS which hasn’t delivered a carbon price that is high enough to actually spur the action that is needed.”

Youth climate strikers are probably the most sceptical about Weber’s commitment to environmental policies. “In his speeches, Mr Weber backs the goals set in the Paris climate agreement and advocates for climate neutrality in the EU by 2050,” says Carla Reemtsma, a young climate activist from Fridays for Future Germany.

“But as soon as concrete measures need to be taken, he refuses to ‘walk the talk’ and does not act appropriately in view of the situation we are facing,” she told EURACTIV Germany.

In Reemtsma’s firing line is Weber’s commitment to push clean technologies “that do not yet exist” such as low-emission airplanes. This criticism is echoed by the IEEP’s Céline Charveriat, who says those “are nowhere near ready and will not tackle the sharp increase in the volume of global flying”.

Another concern relates to Weber’s “rhetoric” which according to Reemtsma challenges climate protection measures on social justice grounds.

“This doesn’t seem to imply that he will translate his fine words into actions,” Reemtsma said.

Probably more worrying for environmentalists is Weber’s campaign promise to drastically reduce the number of EU regulations by cutting 10% of EU laws across every policy area. “He says he wants to cut down 1,000 European laws, but he doesn’t say which ones,” says Pieter de Pous.

When similar exercises were conducted in the past, environmental policies were usually the first to get the axe. And the CSU has always been at the forefront of EU initiatives to “cut red tape,” which became an old refrain in Brussels under the Barroso Commission.

In fact, the 10% figure is directly lifted from the work of one of Weber’s closest allies, Edmund Stoiber, former minister-president of Bavaria. In 2007, the Commission of José Manuel Barroso launched a high-level group, whose aim was to eliminate 25% of the administrative burdens on businesses resulting from EU regulations or the transposition of EU laws at national level.

The group, chaired by Stoiber, published its final report in October 2014, just before the Juncker Commission was sworn in. Its conclusions were somewhat counter-intuitive. It showed that 32% of administrative costs were not related to EU laws as such but to the way they were being implemented at the national level, often going beyond EU requirements (so-called “gold-plating”).