Climate change threatens the survival of many regions. [Shutterstock]

Even when it comes to the climate, humanity would not be affected equally if the planet were 1.5°C warmer.

At stake are the fates of millions of people, whose livelihoods may change substantially. This is particularly outlined by the third chapter of the IPCC’s landmark report, released on 8 October 2018, which focuses on the impacts of 1.5°C global warming on natural and human systems.

The amount of food obtained from the oceans is declining as they absorb man-made CO2 emissions, causing changes in their chemical composition that are currently “unprecedented” for the first time in 65 million years.

“Irreversible” losses of marine and coastal ecosystems have been recorded, primarily affecting fertile coral reefs. Between 70 and 95% of these ecosystems would be lost with a 1.5°C increase and they would entirely disappear in the case of a 2°C increase.

There would also be the same reduction in fishing nurseries. The productivity of fisheries in general, and aquaculture in particular, will fall drastically – even with an increase of 1.5°C – as a result of climate change’s effects of on physiology, habitats, breeding, the incidence of disease and the risks posed by invasive species.

Fields will also come under strain. Forage production, becoming longer and sometimes more abundant, might be of lower quality. The salinisation of coastal areas also represents a major challenge.

Harvests of corn, rice, wheat and possibly other cereal crops would be even less abundant with a 2°C rise in temperature, particularly in sub-Saharan Africa, southeast Asia and Central and South America.

The nutritional quality of rice and wheat is particularly at stake in the Sahel, southern Africa, the Mediterranean, Central Europe and in the Amazon.

Rising temperatures are expected to have adverse effects on livestock, depending on the scale of changes to the quality of feed, the spread of disease and the availability of water resources.

This is not to mention the competition between food production and other land uses. Given that they represent significant carbon storage, forest production and bioenergy are expected to change the landscape.

Similarly, forest areas, which store carbon, could take over 10 million square kilometres between 2010 and 2050. 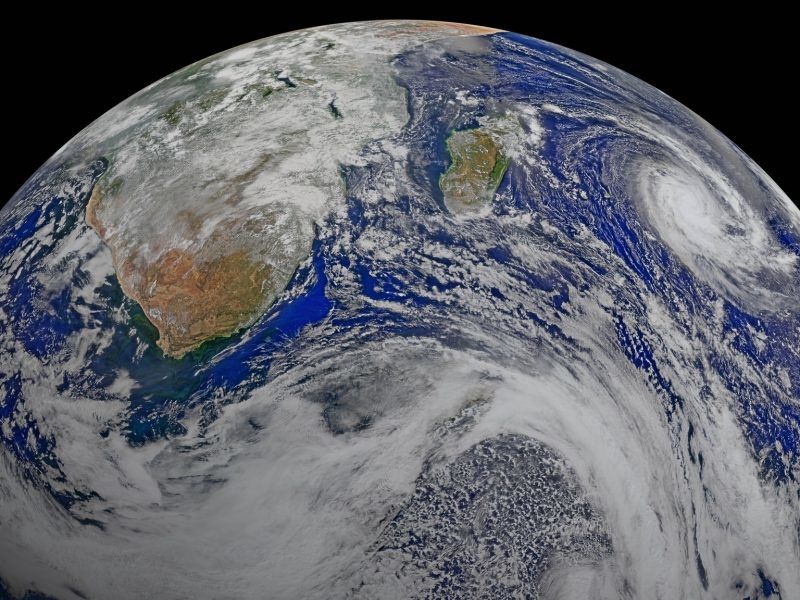 Vegetarianism as a solution

The IPCC outlined some options such as the sustainable intensification of land-use practices, ecosystem restoration and adopting diets which use fewer resources – in other words, vegetarianism.

There are many solutions which involve “overcoming socio-economic, institutional, technological, financing and environmental barriers that differ across regions,” according to the UN body’s report.

A bad start for wildlife

Wildlife is faring no better since – of the 105,000 species studied – 9.6% of insects, 8% of plants and 4% of vertebrates are expected to lose more than half of their habitat if there is an average temperature increase of 1.5°C.

On the other hand, should there be a global temperature increase of 2°C, the figures would rise to 18% of insects, 16% of plants and 8% of vertebrates.

These reductions in habitats could be exacerbated by forest fires and the spread of invasive species, which would increase more sharply still if the global temperature increased by 2°C.