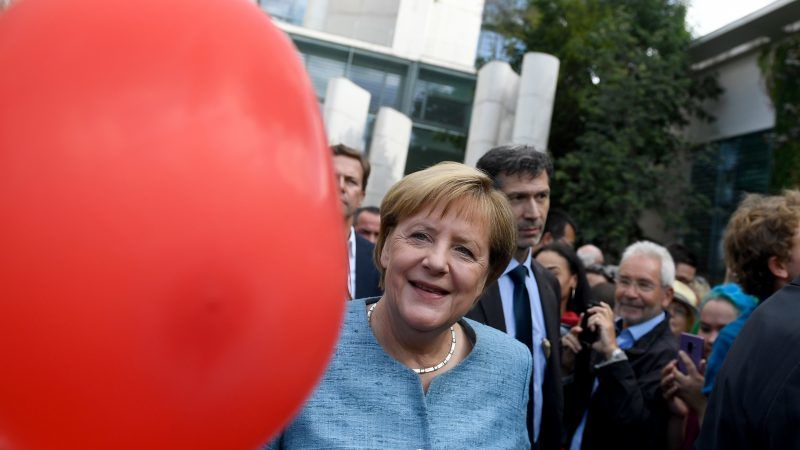 “I think we should first stick to the goals we have already set for ourselves. I don’t think permanently setting ourselves new goals makes any sense,” Merkel told ARD public television in an interview on Sunday evening.

Her comments carry special weight as Germany is the EU’s most powerful economy and its industry, particularly the car industry, has been among the slowest to adapt to the energy transition.

EU climate chief Miguel Arias Cañete said last month he was considering increasing from 40 to 45% the size of cuts to harmful carbon dioxide emissions that EU countries should target by 2030 in response to evidence that climate change was gathering pace.

“I’m not particularly happy about these new proposals,” Merkel said.

Climate change “also with us”

Commenting on the necessity to adopt effective measures in order to fight the impact of climate change, Merkel stressed that a transition towards the decarbonisation of the transport sector (Verkehrswende) is necessary.

“We need a ‘Verkehrswende’, that is very clear,” she said, adding that new forms of mobility should be gradually introduced in order to support that transition.

“We’re going to have a very fast phasing now of electromobility,” she continued, pointing out that she is taking into account that sales figures for e-cars have so far been developing slowly in Germany.

The chancellor underlined her responsibility for Germany’s contribution to climate protection. The accumulation of extreme weather events and rising temperatures in the past summers has shown that climate change is taking place “also at home, and not only in remote countries in Africa or elsewhere”.

Merkel now admits that “she herself has become the biggest obstructor of a more ambitious EU climate policy,” Greenpeace said. “This reveals Merkel’s failure on climate policy”.

After more than a decade as Chancellor, Angela Merkel's climate legacy emerges, and it ain't pretty: First underperforming at home, then blocking new EU climate goals. Merkel's climate approach is a shameful mix of distract and delay. https://t.co/TeTWjwiIgY