Everyone benefits from a carbon tax at the EU's border because it not only fights pollution and acts as a lever for exporting good environmental practices, but it also appeases more protectionist-leaning parties.

Already defended by former French Presidents Sarkozy and Hollande, the idea of a carbon tax at the EU’s borders is typically French and has ended up convincing almost everyone.

Everyone benefits from such a tool because it fights pollution and acts as a lever for exporting good environmental practices, but it also appeases more protectionist-leaning parties.

Macron was the only head of state who recently opposed opening trade negotiations with the US, the country that wants to withdraw from the Paris Climate Agreement. In France, linking international trade with environmental protection is now accepted.

“Faced with Trump’s America and Bolsonaro’s Brazil, we have no choice but to impose environmental conditions,” said a candidate of Macron’s party La République en Marche (LREM).

But a lot needs to be done to convince European partners of a ‘green protectionism’ with a French touch. In Germany, the conservative Union of CDU and CSU expressed their opposition to a national carbon tax, defending the reform of the European carbon market instead.

Sweden also appears viscerally attached to free trade, as even its representatives from the Green party refuse to introduce obstacles on the all-powerful market.

Marine Le Pen’s Rassemblement National is proposing to “promote localism by making short circuits tax-free and overtaxing globalised imports that are un-ecological.” Although the term European carbon tax is not mentioned, the concept is there.

By bringing environmental and border protection closer together, Le Pen’s party has found an angle of attack that allows it to make its programme greener without dropping its nationalist rhetoric.

Nicolas Dupont-Aignan from the right-wing Debout la France also included the concept of a carbon tax at the EU’s borders in his programme, in the form of “anti-pollution” customs duties. For him, the objective is to “protect our environment, our jobs and our way of life from imports that are unfair.”

On the far right, only François Asselineau is opposed to European taxation, stating that leaving the EU is a priority and any such initiatives are secondary. He also reminded that unanimity required at European level in such matters is currently blocking similar initiatives, with regards to taxing digital giants for instance.

On the other end of the political spectrum, ‘green protectionism’ is also gaining popularity.

Left-wing party La France Insoumise, with Manon Aubry leading the European list, considers the European carbon tax to be a tool that can implement “solidarity protectionism” and promote “ecological and local production”. No derogation is envisaged.

Greens want “green protectionism” to be based on the introduction of “a socio-environmental tax at the borders which takes into account the real costs of products.”

Green party Ecologie-Les-Verts go even further and call for the implementation of “binding sanctions” against those attempting to avoid the ecological transition.

Benoît Hamon’s leftist Generation.s party calls for a mechanism fairly close to others on the left, but wants to introduce the idea of progressiveness that will be “indexed to the level of development of each country and emissions.”

Finally, the joint list of the French Socialist Party and the leftist Place publique party, considers that this tax will make it possible to “finance transition and development aid policies.”

While the concept of green protectionism is popular with many parties, it remains unacceptable for others, such as Les Républicains. In the European Parliament from 2014 to 2019, the right-wing party defended a very liberal European trade policy by voting in favour of free trade agreements.

For the Républicains, supporting a European carbon tax is not necessarily associated with the idea of European protectionism; but it is the same idea that is behind proposal 31 of the list led by François Xavier-Bellamy.

The party with about 15% of support in the latest polls proposes to set up an “ecological barrier” by implementing anti-pollution custom duties on imports from countries that do not respect our environmental and social standards.”

The revenue from this carbon tax at the borders will be allocated to the EU budget earmarked for research and innovation. 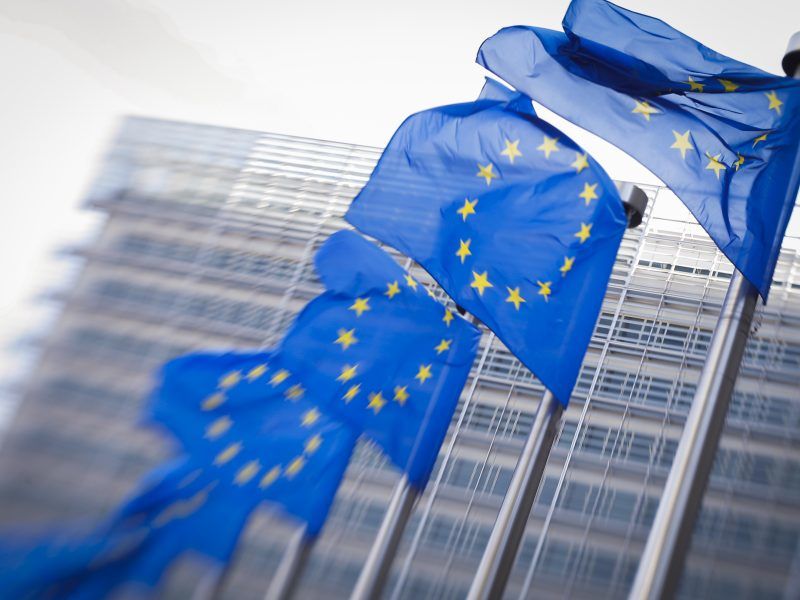