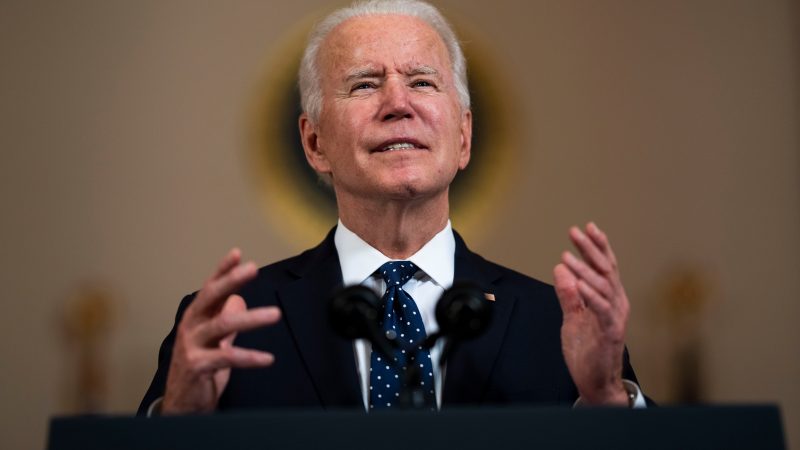 US President Joe Biden will welcome 40 leaders for a two-day virtual Earth Day summit starting on Thursday (22 April), heralding a US return to the climate frontlines. [EPA-EFE/Doug Mills]

Fewer than one in four of the world’s largest companies are on track to meet basic climate change targets, according to a new study published on Thursday (22 April) ahead of a US-hosted climate summit where world leaders are expected to announce new commitments to cut emissions.

Findings of the survey of nearly 700 listed firms in 14 countries from 2015 to 2019 were unveiled on the day US President Joe Biden launches a virtual climate summit.

Just three months into office, Biden will welcome 40 leaders for the two-day virtual Earth Day summit, where he is expected to roughly double US targets for slashing emissions responsible for climate change over the next decade.

Biden hopes the new US goal will prompt other leaders “to make announcements to raise their ambition” as well, an administration official said. 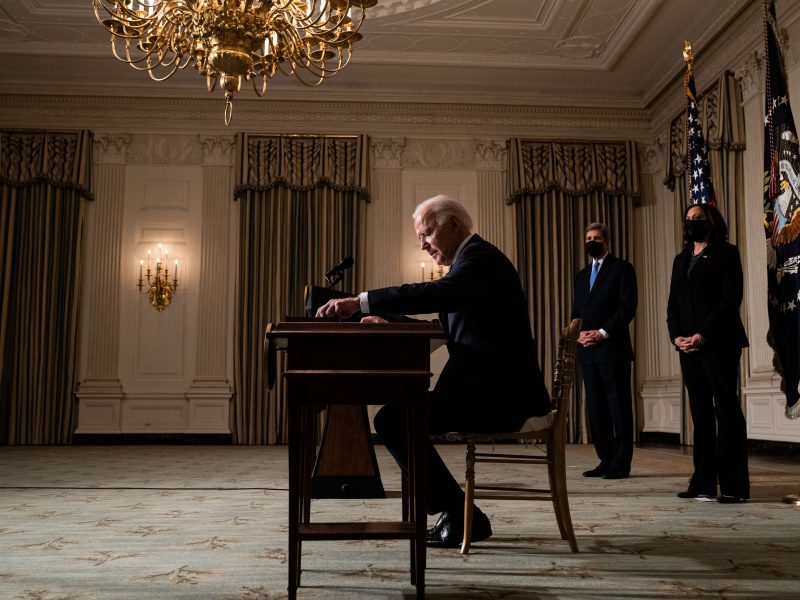 US President Joe Biden on Wednesday (27 January) signed a series of orders aimed at quelling rising global temperatures and announced that the United States will host a climate summit in April.

But world leaders will have a mountain to climb. According to British investment firm Arabesque, just under a quarter (24.84%) of the world’s large listed companies have taken action to limit global warming to 1.5 Celsius.

But the study found that 15% of the companies listed on leading indices including the FTSE 100, S&P 100, DAX and Nikkei do not publish their greenhouse gas emissions.

The proportion even increases to 29% for the Chinese Hang Seng.

The 2015 Paris Agreement seeks to limit global warming at 2.0 degrees Celsius above pre-industrial levels, and if possible, no more than 1.5C.

The 1.5-degree target is proving difficult to achieve but 70% of firms are expected to meet the 2.0-degree figure by 2030.

“Declarations of good intention by themselves are not going to lead to the required timely actions,” said Arabesque chairman Georg Kell.

“In fact, despite the growing number of commitments, average carbon dioxide levels in the atmosphere have increased since 2015.

“This year is a potential turning point, offering corporate leaders a chance to think big and to act accordingly. But time is running out.” 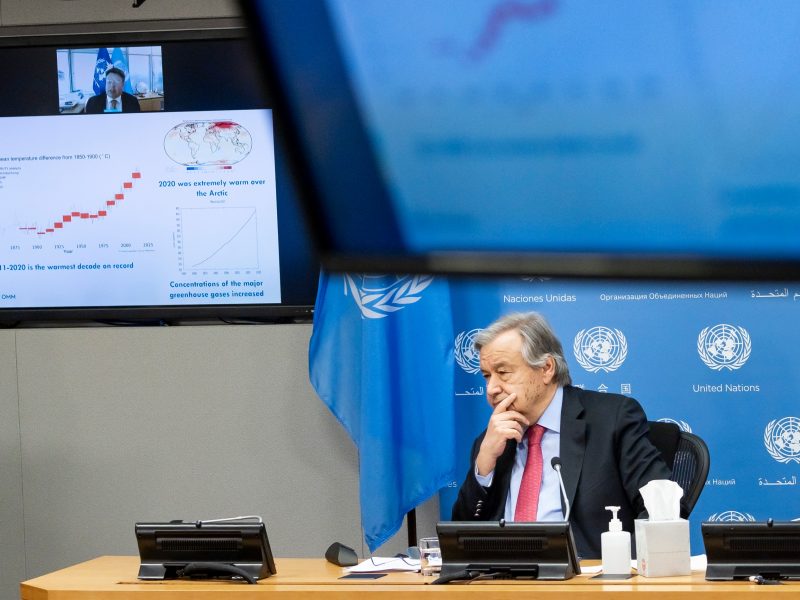 The COVID-19 pandemic had no effect on emissions but made impacts of global heating even worse for millions of people, says a new report by the UN’s World Meteorological Organisation, published on Monday (19 April).

Biden has invited 40 world leaders to the virtual Earth Day summit, including China’s President Xi Jinping and his counterpart Vladimir Putin of Russia.

Green groups expect that Biden, who is pushing a green-friendly $2 trillion infrastructure package at home, will roughly double US targets for slashing emissions responsible for climate change over the next decade.

China, for its part, confirmed that President Xi Jinping will take part and give an “important speech”. China is by far the largest carbon producer and with the United States emits around half of the pollution responsible for climate change, meaning any solution is impossible without both countries.

Beijing last year promised to go carbon neutral by 2060 with emissions peaking at around 2030 but it has also kept up reliance on coal, the dirtiest form of energy, and bristled at EU-led calls for a carbon tax that would hit its exports.

Meanwhile, in Brussels European lawmakers on Wednesday reached a last-minute agreement with members states on a net reduction of “at least 55%” of greenhouse gas emissions by 2030.

Britain’s Prime Minister Boris Johnson on Tuesday vowed an ambitious 78% cut to carbon emissions by 2035 compared to 1990 levels – 15 years earlier than once planned.

London’s environmental efforts are under particular scrutiny given it hosts the next UN climate conference, COP26, in Glasgow, Scotland, in November. 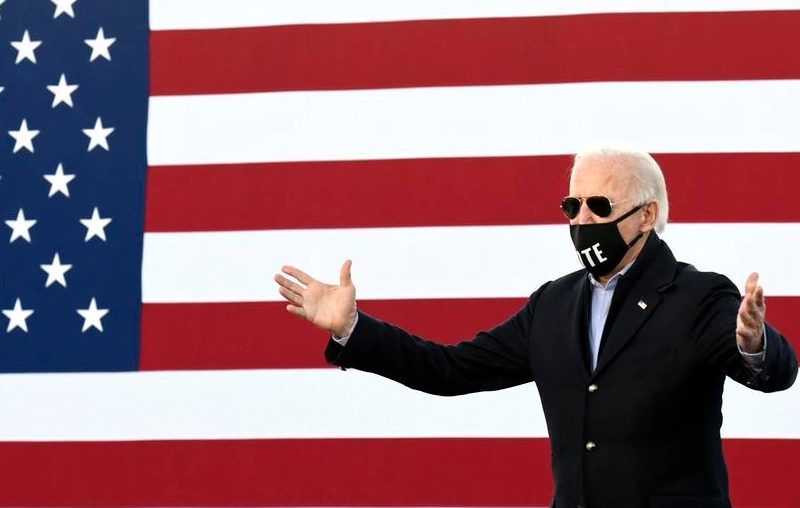