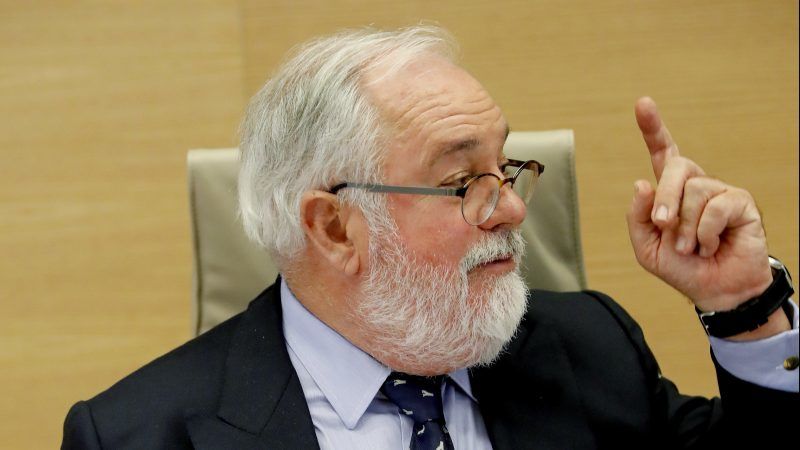 Updated with College of Commissioners result.

The European Commission will unveil its much-anticipated plan for a “climate-neutral Europe” later on Wednesday (28 November), in an effort to show EU countries how to stick to the goals of the Paris Agreement and endorse a shared long-term strategy.

In the strategy, obtained by EURACTIV, EU capitals will have a choice of eight different scenarios that range from business-as-usual emission cuts to net-zero options. The Paris Agreement obligates its signatories to finalise long-term plans by the beginning of 2020.

But EU climate boss Miguel Arias Cañete told EURACTIV that “climate neutrality by 2050 is of course the preferred option. It’s feasible and it’s necessary. We have all the tools to be ambitious.”

Cañete added that “in the months ahead, these scenarios must be studied in detail, so that we achieve net-zero emissions by 2050 in the most cost-effective way”. As far as the Spanish Commissioner is concerned, that rules out all but two of the proposed scenarios.

During this morning’s college of Commissioners meeting, Cañete and his 27 colleagues gave the green light to the strategy.

On page three of its 25-page-long communication, the Commission indeed states that “the aim of this long-term strategy is to confirm Europe’s commitment to lead in global climate action and to present a vision that can lead to achieving net-zero greenhouse gas emissions by 2050”.

Sources told EURACTIV that during heavy scrutiny by the EU executive’s chain-of-command, this wording actually looked to be in jeopardy, as there were concerns about being so explicit on the net-zero goal and the date.

Climate experts insist that the Commission’s timing is bang-on-the-money, as it will benefit from momentum generated by the Intergovernmental Panel on Climate Change’s (IPCC) landmark report and big expectations ahead of the COP24 summit in Poland.

In what the Commission will insist is neither a “target-setting exercise” nor an attempt to rewrite 2030 energy goals, the EU executive admits that the current estimate of 60% cuts by 2050 are “not sufficient for the EU to contribute to the Paris Agreement’s temperature goals”.

Cañete acknowledged that this is only “the starting point” for long-term planning but the structure of the strategy itself means that member states will be afforded a lot of room to manoeuvre, regardless of which scenario they actually pick.

Poland infamously vetoed the Commission’s previous attempt to draft a long-term climate policy path in 2011 and then again in 2012, and the lack of targets in this edition is a response to that failure.

The EU’s current overall emissions reduction goal for 2030 is 40% compared with 1990 levels but the Commission has used 45% as its working baseline for the scenarios, insisting that new rules mean the bloc will “de facto” hit that target.

MEPs have already advocated for that target to increase to 55% and many environmental groups want the net-zero goal moved up to 2040 instead. Both cited the UN IPCC report on global warming as reason to be more ambitious.

The crazy costs of inaction

The strategy arrives just in time to play a part in the ongoing wrangling over the EU’s next long-term budget and it does not disappoint when it comes to promising big financial gains and avoiding massive costs.

Commission modelling shows that net-zero emissions would mean “estimated benefits of up to 2% of GDP by 2050 compared to the baseline”. EU GDP is expected to double from the 1990 level by mid-century, which means extra cash of around €400 billion.

Moreover, those figures do not factor in savings made through reducing climate damages like flooding, heatwaves and droughts. The European Environment Agency calculated that over €400bn was lost between 1980 and 2016. 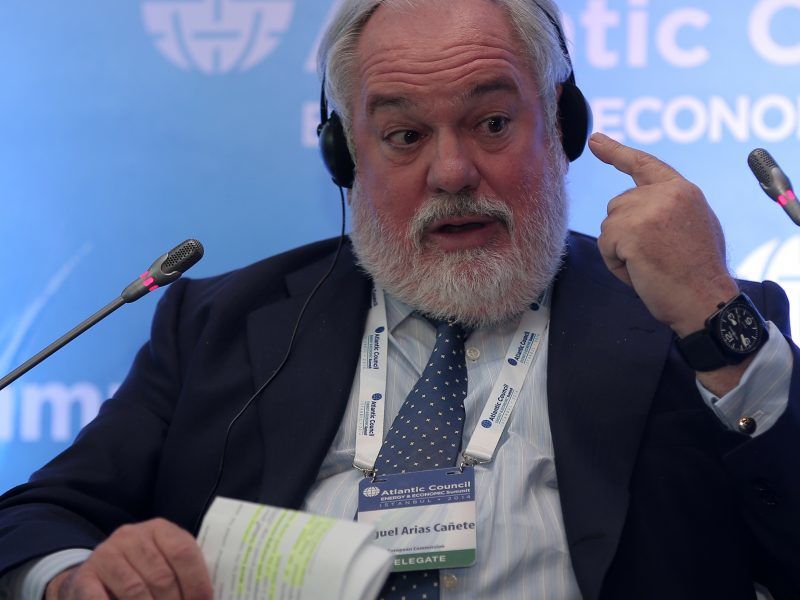 In a business-as-usual scenario, the Joint Research Centre found in a 2018 study that 3 degrees Celsius of warming would cut GDP by €240bn. That estimate drops to €79bn with 2 degrees.

The JRC report also offers a suggestion as to why the Commission did not factor in climate damages, warning that the estimates could “also offer a misleading perspective of the EU climate damages because the list of considered climate impacts is incomplete”, citing “known-knowns, known-unknowns and unknown-unknowns”.

Its research also highlighted the stark difference between Northern and Southern Europe under the “high-warming scenario”. Countries like Greece, Italy and Spain could see GDP slashed by over 8%, while northern nations would lose around 1%. 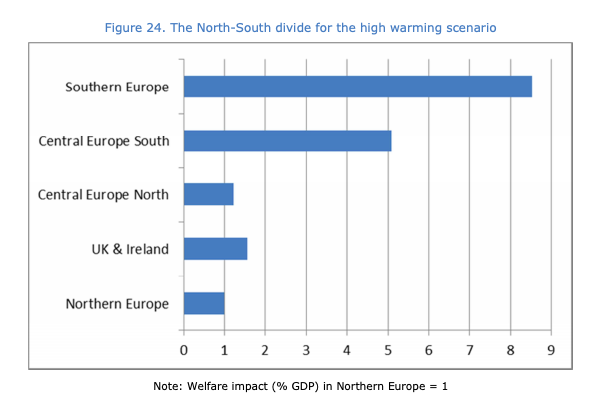 In March 2018, the European Council tasked Cañete and his services with drafting a long-term strategy. Now Commission officials will eagerly await an initial verdict on their efforts at the end-of-year summit on 13 December.

Although EU leaders are, at most, only expected to “welcome” the Clean Planet Vision in the council conclusions, several member states have already nailed their colours to the net-zero emissions mast.

But two lower level council of ministers meetings, scheduled for after the big summit, could set the future trajectory of the strategy, as energy and environment chiefs meet separately on 19 and 20 December, respectively.

At time of writing, the strategy is only listed as an ‘any other business’ item on the environment meeting’s agenda, while it is set for a more in-depth discussion the day before during the energy ministerial.

Environment ministers are generally seen as more progressive and open to working towards the Commission’s more ambitious scenarios, while their energy counterparts are more sceptical about the costs involved.

“Energy ministers have already put 2050 on their agenda, we need environment ministers to do the same and start a serious conversation how to deliver this transformation,” insisted European Environmental Bureau activist Roland Joebstl.

He added that “it’s irresponsible that we’re in 2018 and some energy ministries still favour coal interests over people’s health and protecting our climate”.

But it does seem more likely that environment chiefs will be in the hot-seat, given that they traditionally lead on climate matters and that energy is only a part of the strategy. Transport, economy and agriculture ministers will also expect to have their say.

Beyond 2018 though, it seems like the Sibiu summit in Romania, dubbed the ‘Future of Europe’ summit, will prove the first main testing ground of the strategy.

EU leaders are scheduled to meet on 9 May to make “a renewed commitment to an EU that delivers on the issues that really matter to people”, according to Commission press materials.

Climate change, migration and the future EU budget will all be featured and endorsement at that stage could make the strategy a major part of the European election campaign. Whatever happens though, legislation will only be proposed by the next Commission.

The European Parliament will also want its say and has confirmed that it will prepare a resolution, following up on its COP24 resolution, which called on the EU executive to include a net-zero emissions option.