"That is why we need much stricter regulations. Relying on free will not be enough," said Herbert Fustermanns of the green energy supplier Naturstrom. [Alicia Prager]

“The climate cabinet is trying to legitimise its poor results with us. But the climate cabinet has just become a ‘climate cabaret’,” said Clara Mayer, an activist from the Fridays for Future movement who spoke in Berlin shortly after the German government made its announcement.

In the firing line is the government’s proposed CO2 price for the transport and construction sector, which youth climate activists consider far too timid. Under the proposal from the German climate cabinet, a price of €10 per tonne will start applying as of  2021, with prices rising every year, to reach €35 per tonne in 2025. From then on, a cap on emissions will start applying, with annual limits decreasing year on year.

As she took the main stage at the Brandenburg Gate in Berlin, Mayer announced that the climate strike would continue every Friday with increased determination because the 1.5C target had become even more out of reach.

The mood among climate activists had already been heated by Culcha Candela, a popular band from Berlin, which played two concerts. During the event, the group said that although the climate cabinet had made a few compromises, it was nevertheless too late for such timid commitments.

Millions of people worldwide took part in Fridays for Future’s Global Climate Strike, which is taking place from 20-27 September. Protests started in the Pacific Islands and continued in Australia, Southeast Asia, Africa, Europe and America.

In Germany alone, 1.4 million joined the protests, while 270,000 took the streets in Berlin. Not only students took part, as all generations joined the crowd in Berlin Mitte.

The movement’s diversity is also one of the main differences to earlier environmental moments like those in the 80s, according to Karin Schwalm (66).

Schwalm was also disappointed by the government’s climate package and highlighted that “our efforts need to become much more radical. It will not be enough to paint capitalism green. And e-cars are not the solution either”.

The protest was so emotionally-charged and the party mood so widespread that it ultimately inspired those who otherwise might not get involved, according to Schwalm. “With such masses, one could already develop proper pressure, although things are not yet going fast enough,” she added.

Naturstrom’s Herbert Fustermanns also sees it that way. Fustermanns stated that his green energy supply company is the only energy company that Fridays for Future allowed to set up a stand on 18 March.

However, he is aware that even renewable energies can only be a limited solution. That is because the production of green energy cannot be climate-neutral and because renewable sources can not cover current energy consumption levels.

“That is why we need much stricter regulations. Relying on free will not be enough,” Fustermanns said.

In Germany, the climate cabinet’s decision could have set an important signal, according to the tenor among the strikers. “But the decision has shown that the government has no ambitions,” criticised one of the members of Fridays for Future, Carla Reemtsma (21).

The next big strike in Berlin – next to the Friday protests – will be organised by Extinction Rebellion on 7 October. This international organisation wants to prevent mass extinction because, according to the UN, about 200 species disappear every day.

With such information,  protesters do not want to stand by idly and watch. 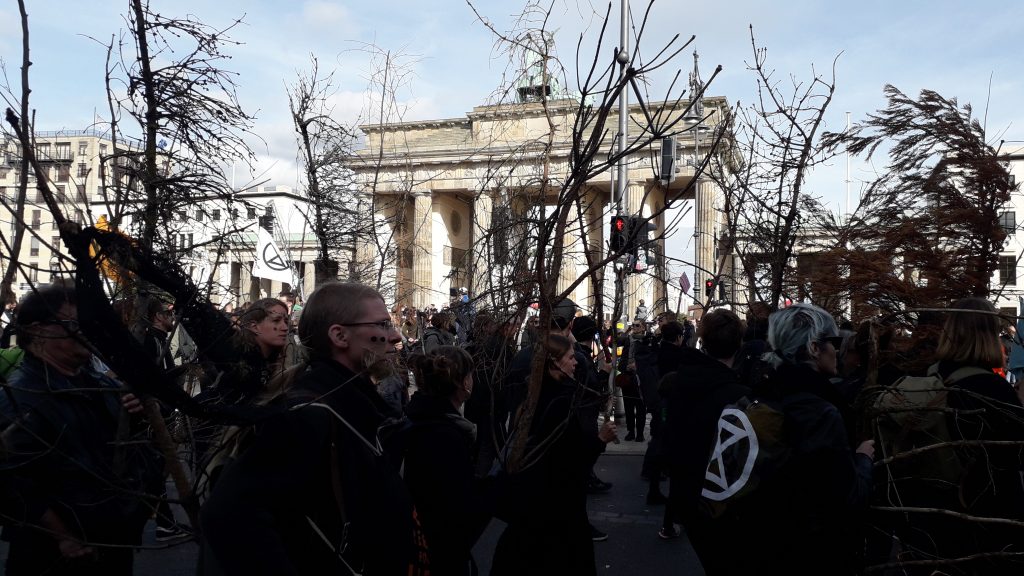 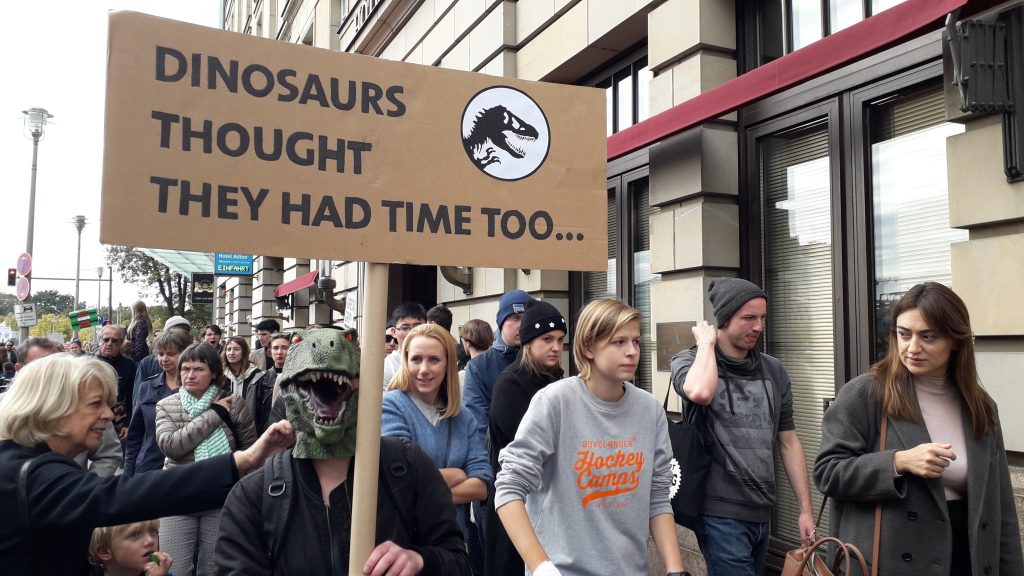 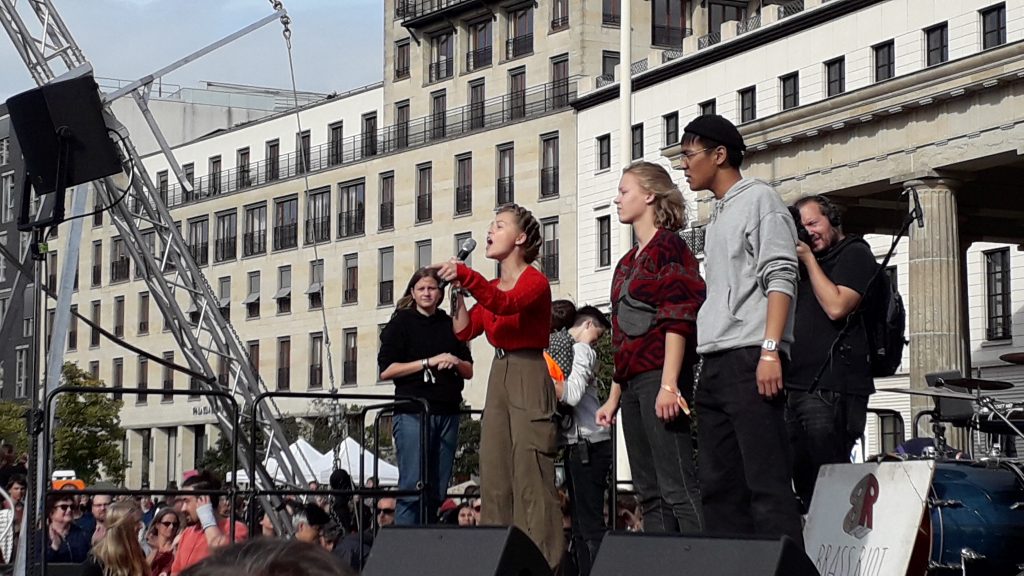 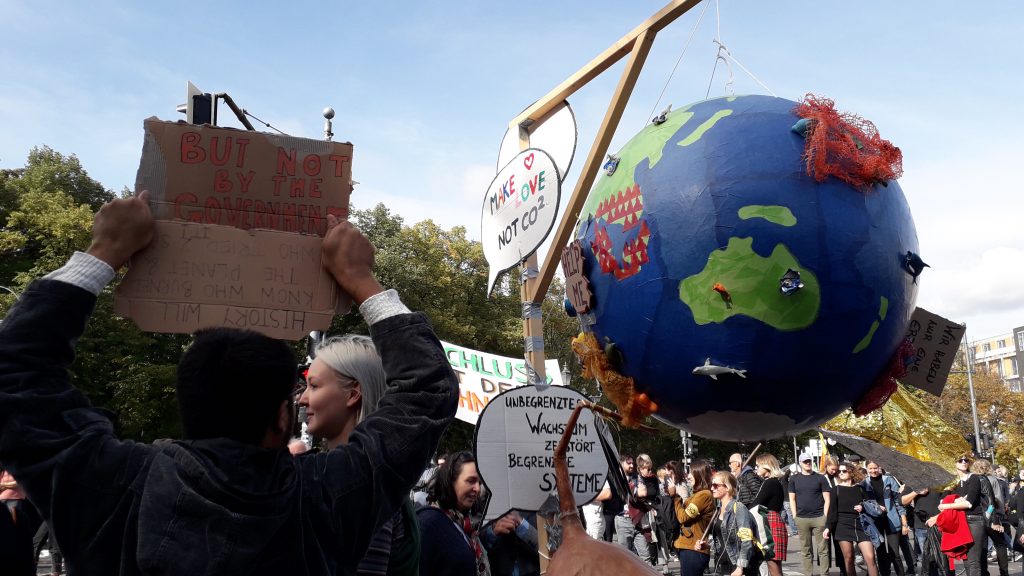