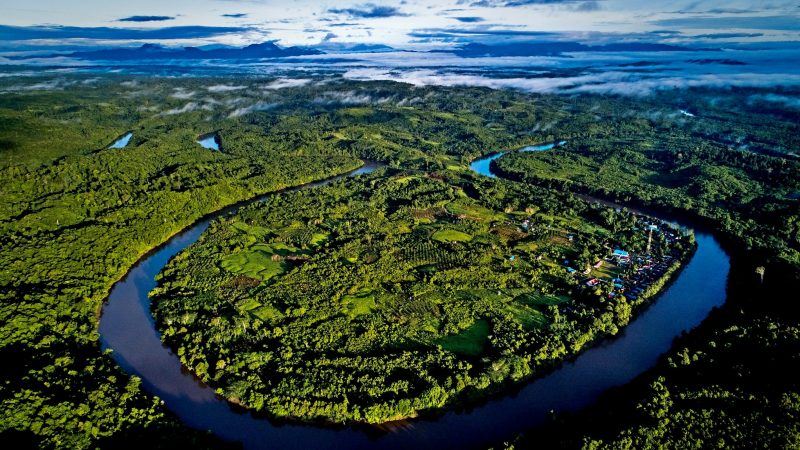 “The contribution of projects in least developed countries and selected developing countries should be counted towards the targets of the Union and the member states,” says an amendment to the draft European Climate Law tabled by the centre-right EPP, the largest political group in the European Parliament. [Water Alternatives / Flickr]

The Parliament will hold a plenary vote next Tuesday (6 October) on the draft European Climate Law, which seeks to enshrine into hard legislation the EU’s goal of reaching “climate neutrality” by 2050.

Ursula von der Leyen, the president of the European Commission, tabled a proposal on 16 September to reduce the bloc’s emissions by 55% by 2030 – an objective that will now be inserted into the draft climate law so that it can be made a legally-binding obligation on the 27 EU member states.

But campaigners have raised the alarm about proposals mooted in the European Parliament to also include international carbon offsets in the EU’s climate goals.

“The Commission shall set out how the use of international market mechanisms can contribute to the cost-effective achievement of the objectives,” says an amendment to the draft climate law, tabled by the centre-right European People’s Party (EPP), the largest political group in the European Parliament.

“The contribution of projects in least developed countries and selected developing countries should be counted towards the targets of the Union and the member states,” the amendment adds.

In a bid to fend off criticism, the amendment also insists that carbon offsets should meet the “highest quality standards such as environmental integrity and additionality” and avoid “double counting” of emissions.

But that was not enough to allay fears from environmental groups.

“The EPP’s 2030 climate target is desperately trying to dress up a license for Europe to pollute by relying on already vulnerable forests and shifting the responsibility for carbon offsetting to poorer countries,” said Sebastian Mang from Greenpeace.

“Pushing developing countries to plant trees just so that dirty corporations can continue polluting and Europeans can keep driving SUVs is wrong and won’t stop climate breakdown,” he told EURACTIV.

Campaigners have previously condemned EU Commission proposals to include carbon removals from forestry and agriculture – so-called “carbon sinks” – into the bloc’s 2030 target, saying this would effectively dilute the bloc’s climate objectives.

“We already know that the Commission’s 55% net target with carbon sinks actually works out at 50.5-52.8% in terms of actual emission cuts in polluting sectors. We also know that the EU is currently expected to achieve 46% cuts in emissions by 2030 (under existing legislation). That makes the EPP 2030 target utterly laughable,” Mang said.

In Parliament, the battle lines are already drawn. The socialists, greens and leftists are pushing for a 65% emissions cut, saying this is the only target that is consistent with science and the 2°C warming objective of the Paris Agreement.

The Liberals will defend a 60% cut, while the EPP seems ready to abandon its traditionally conservative stance on climate policy to support a 55% target.