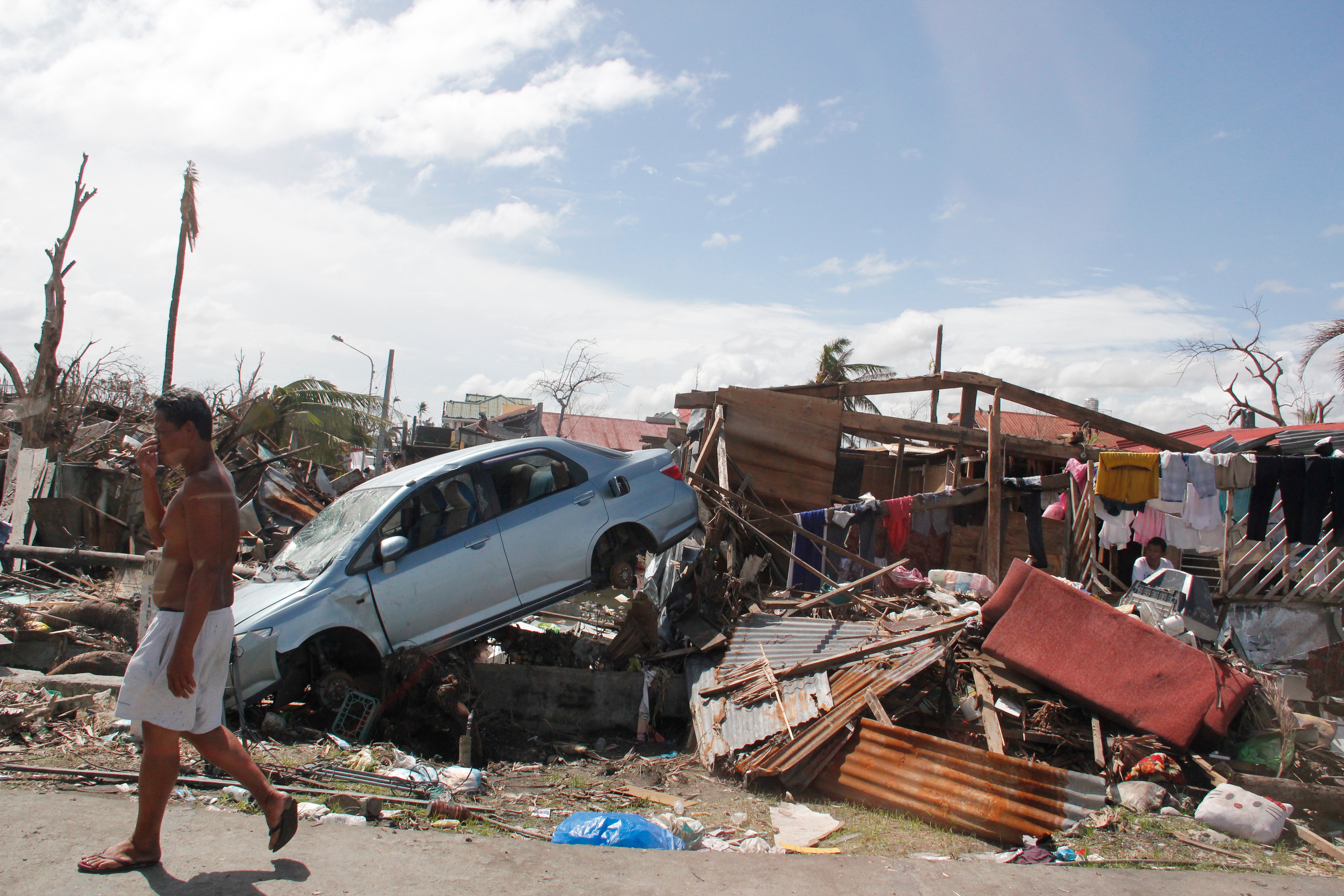 The aftermath of a typhoon in the Philippines, in 2013. [DFID/Flickr]

Recent figures have shown that German financial institutions have pumped billions of euros a year into the Philippines’ coal sector.

Nowhere else in the populated-world are the effects of climate change as visible as they are in the Southeast Asian nation. Every year, around 30 typhoons hit the country and every year they are getting stronger and more devastating. At the same time, the Philippines is going through a coal-boom; by 2030, 59 new coal-fired power stations will be built, through financial support from German banks, notably Deutsche Bank.

“Contrary to public commitments, German financial groups take no responsibility for climate protection. They are complicit in climate change,” commented Katrin Ganswindt of the environmental organisation urgewald, on Wednesday (4 November).

German banks alone have injected €5.7 billion in the Philippines’ coal sector in the last three years, mainly in the form of stocks and bonds, with only a limited part being made up of direct loans. Deutsche Bank is the largest investor, having invested €4.5 billion, with Allianz a distant second, with €1 billion. The biggest beneficiaries are the power plant operators TEPCO and the Ayala Corporation.

The announcement about the planned coal-fired power stations came as a shock to environmentalists. Gerry Arances, coordinator of the Philippine Movement for Climate Justice (PMCJ), has already called his country the “Ground Zero” of climate change. He fears that increased use of coal as a fuel will not only accelerate climate change and impinge on the human rights of certain members of society, but that it will also have negative consequences on the health system.

An as-yet unpublished PMCJ study, carried out with Harvard, predicts that the construction of the 59 new power plants could cause the deaths of up to 1,637 people a year due to increased emissions, a rise in the death rate of 100%.

Together with Oxfam, urgewald called for German banks to come up with a “coal-exit plan” before the COP21 climate conference in Paris later this month. It would be an important step in climate protection and send a signal to the growing protest movement in the Philippines, led by the Catholic Church.

“Not so long ago, tens of thousands of people protested around the country against the expansion of the coal sector. A growing movement calls upon donors such as Deutsche Bank and Allianz to invest responsibly, instead of harming us,” said Gerry Arances. The Filipino environmentalist called for banks to rethink their investments and switch to renewables. According to Arances, the Philippines has massive untapped potential in the renewable energy market and would be capable of producing more than 200,000 MW, more than 13 times what the country actually needs for itself.

But a coal phase-out plan in the next month is unlikely, as the sector is booming across the region. The governments of Southeast Asia are sticking with coal, as it is a reliable energy source that will be able to support the rapid growth of their economies for years to come. In the Philippines, energy-intensive mining is also a key industry.

NGOs have therefore asked the German government to crack down on the international financing of coal. Oxfam expert Jan Kowalzig told EURACTIV that such a move, as well as direct and indirect projects, would mean that the German government would help the Philippines work toward an energy revolution. That is why Berlin has been asked to stop financing coal through the KfW development bank and export credit guarantees, and to pledge to reduce international funding for CO2 intensive energies at the Paris conference.

Regine Richter, a banking expert with urgewald, said that banks should not wait on political action to change their policies. She referred to two banks in France, Credite Agricole and Natixis, which recently turned their back on carbon financing. However, “the German banks are sitting this one out”, criticised Richter.

More and more private capital is flowing into the coal industry: last year, 92 private banks pumped at least €66 billion into various parts of the coal industry. Compared with 2005, such climate-damaging investment has quadrupled, as shown by a study published by BankTrack on Wednesday (4 November).

Since July of this year, Deutsche Bank has been an accredited member of the Green Climate Fund and, as such, has the possibility to fund projects in developing countries.