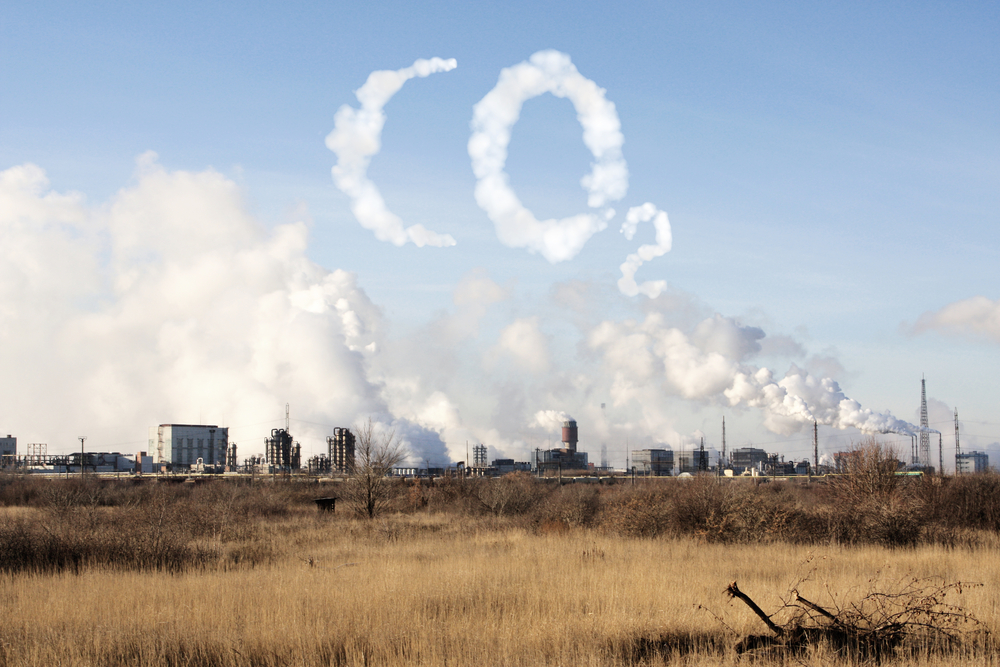 Reducing greenhouse gas emissions, or eliminating them altogether, is key to the UN goal of limiting global warming to 2C. [Shutterstock/Lukiyanova Natalia / frenta]

A pivotal question has split world powers along unfamiliar lines as they haggle over how to avert catastrophic global warming: Should they set a goal of entirely eliminating carbon-belching industries?

Tensions over the concept, called “decarbonisation”, illustrate how wide the divides remain less than six weeks before a 195-nation UN forum gathers in Paris to try to tame climate-altering forces.

Two decades of negotiations over how to rein in global warming have been fraught with disagreements.

But few are so basic as the dispute over how far to go in eliminating emissions of carbon dioxide (CO2) and other so-called greenhouse gases blamed for trapping the Earth’s heat.

Just weeks ahead of the 30 November-11 December meeting in Paris, nations cannot even agree on the meaning of decarbonisation. Does it denote a desired outcome, or an open-ended odyssey? Does it apply only to CO2 or other greenhouse gases too?

The term has flashed in and out of various versions of a draft agreement to be presented to ministers and heads of state in the French capital.

Green groups pushing for a 100% renewable economy by 2050 hailed the word’s reappearance — following a minor rebellion by developing nations – in a revised text unveiled in Bonn Tuesday (20 October).

“It tells us the direction of travel, and where we want to be by 2050, by the end of the century, and how we are going to get there,” said climate activist Mohamed Adow of Christian Aid, a group fighting for the rights of poor countries.

Unlike many issues bedevilling the talks, the tussle over decarbonisation does not respect the traditional split between rich and developing nations.

It was the United States that insisted on putting the term back on the table, after it had been excised by the two presiding diplomats in a radical pruning during the Bonn talks.

‘You cannot rely on coal’

The European Union – aligned with Washington on most climate matters -resists using the word.

This is despite French President François Hollande and German Chancellor Angela Merkel successfully lobbying other members of the Group of Seven (G7) rich nations to enshrine decarbonisation in a joint statement in June.

“The EU is in a bit of a quandary,” said Alden Meyer, a climate analyst from the Washington-based Union of Concerned Scientists.

“Decarbonisation makes it very clear that you cannot continue to rely on coal as a major source of energy. Poland is rejecting that.”

In the 28-member EU, where positions are adopted by consensus, that means gridlock.

Reducing greenhouse gas emissions, or eliminating them altogether, is key to the UN goal of limiting global warming to 2C.

The UN’s science panel recommends slashing emissions from coal, oil and gas by 40-70% by 2050 from 2010 levels, and to near zero by 2100, if the world is to have a reasonable chance of reaching its objective.

Japan, meanwhile, is rapidly ramping up its coal-based energy sector to replace the nuclear capacity it shut down after the 2011 Fukushima disaster.

The only reason Japan, along with coal-reliant Canada, signed on to the landmark G7 statement in June, said Meyer, is because “they could interpret it as a process, not as an outcome.”

Developing nations, too, are divided.

In August, Brazilian President Dilma Rousseff issued a joint statement with Merkel calling for the “decarbonisation of the global economy in the course of the century”.

“Brazil is the first of the major emerging economies to back decarbonisation as a goal,” said France’s climate ambassador, Laurence Tubiana.

China, the world’s biggest greenhouse gas emitter by volume, has pledged to cap rising carbon dioxide emissions by “around 2030”.

Costa Rica has embraced full decarbonisation, but many others under the G77 umbrella of 134 developing nations are reluctant to swear off coal and other carbon-polluting fuels to power fast-growing populations and economies.

The Alliance of Small Island States, whose very existence is at risk from rising seas, was “carefully studying” decarbonisation as a strategy, said its key negotiator Amjad Abdulla.

The hesitation is understandable.

While the rapid phase-out of fossil fuels would lessen global climate impacts, poor nations want assurances from the rich world that there will be money for replacing cheap and abundant fossil fuels with renewable technologies.

Whether the contentious term “decarbonisation” will make it into the final agreement remains to be seen.

“It may require heads of state intervention, and may be one of those last-night, 11th-hour issues,” said Meyer.