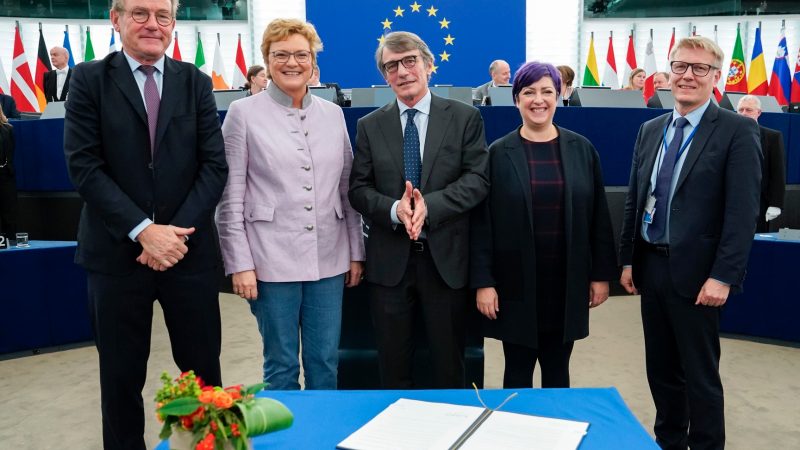 The European Parliament yesterday (25 November) formally rubber-stamped an agreement on the EU’s budget for 2020, including a commitment to ring-fence 21% of EU spending on measures aimed at addressing climate change. EURACTIV’s media partner Climate Home News reports.

The budget is the last annual spending plan of the EU’s seven-year budget, running from the start of 2014 to the end of 2020.

The EU has committed to finance projects worth €168.7 billion, of which 21% will go to measures to address climate change. The bloc had a target to dedicate at least 20% of its expenditure to climate protection in the period 2014-2020.

Great news! The European Parliament has today confirmed the budget for 2020, which includes more money for #climateaction and for compating youth unemployment and promoting the #Erasmus programme. 👏👏 https://t.co/AmBQcvSFKH

Between 2019 and 2020, climate-related spending on innovation, research and infrastructure will be increased by almost €900 million, with a €1.1bn increase for the Horizon 2020 research programme, Van Overtveldt added.

Additional funds have also been allocated to the EU’s Life programme – the union’s fund for environment and climate protection – and the European Environment Agency, which is expected to recruit six new staff members to work on climate issues.

Kimmo Tiilikainen, finance minister of Finland, which holds the EU Council rotating presidency, said the council and parliament “agreed to increase the focus on climate-related actions” in sectors including research and development and energy and transport infrastructure.

Budget commissioner Günther Oettinger said the EU Commission was striving to dedicate at least 25% of the union’s budget to climate action in the period to 2030. “This [budget] is putting us on the right course for that. [It] does look to the future,” he said.

The spending is based on the premise that the UK, which has voted to leave the EU, will continue to partially finance the bloc’s budget for 2020. This may not be the case if the UK leaves the union without a deal – a key issue in the country’s general election next month.

The EU’s next seven-year budget will span from 2021 to 2027 and on-going negotiations between member states are tough.

One senior EU official told Climate Home News a compromise was unlikely to take place before early next year.

Climate action is at the core of the discussions as Poland, Hungary and Czech Republic demand additional funding to transition their economies away from carbon-intensive energy sources in exchange for agreeing to the EU’s 2050 net zero emissions target.

The three eastern European countries are the last hold-outs against the bloc’s 2050 decarbonisation plans. Estonia – the fourth country to have blocked the target in June – came on side last month.

Under initial budget proposals, Poland faced a 23% cut to “cohesion” funds, a pot for regenerating economically depressed regions. It is the biggest loser in a redistribution of tight funds from east to south.

This article was originally published by Climate Home News on 19 November, after EU negotiators struck a deal on the bloc’s 2020 budget.