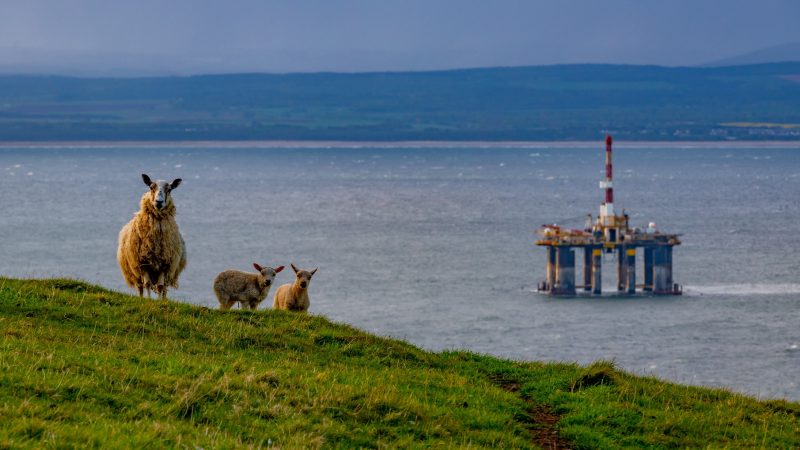 The UK, which is hosting COP26, has been criticised for not blocking new oil and gas fields, in particular the Cambo field off Shetland in Scotland. [Rab Lawrence / Flickr]

Despite pledges of action from many nations, almost none have policies to wind down production, report says. EURACTIV’s media partner, The Guardian, reports.

Fossil fuel production planned by the world’s governments “vastly exceeds” the limit needed to keep the rise in global heating to 1.5C and avoid the worst impacts of the climate crisis, a UN report has found.

Despite increasing pledges of action from many nations, governments have not yet made plans to wind down fossil fuel production, the report said. The gap between planned extraction of coal, oil and gas and safe limits remains as large as in 2019, when the UN first reported on the issue. The UN secretary general, António Guterres, called the disparity “stark”.

The report, produced by the UN Environment Programme (Unep) and other researchers, found global production of oil and gas is on track to rise over the next two decades, with coal production projected to fall only slightly. This results in double the fossil fuel production in 2030 that is consistent with a 1.5C rise.

Detailed analysis of 15 major fossil fuel-producing nations found that the US, Canada, Australia, Saudi Arabia and China all project increases in oil and gas, while India and Russia intend to increase coal production. Only two of the countries expect oil and gas production to decline: the UK and Indonesia.

The report also found that countries have directed more than $300bn (£217bn) of new public finance to fossil fuel activities since the beginning of the Covid-19 pandemic, more than that provided for clean energy.

“The research is clear: global coal, oil and gas production must start declining immediately and steeply to be consistent with limiting long-term warming to 1.5C,” said Ploy Achakulwisut, at the Stockholm Environment Institute (SEI) and a lead author of the report. “However, governments continue to plan for and support levels of fossil fuel production that are vastly in excess of what we can safely burn.”

Inger Andersen, executive director of Unep, said: “The devastating impacts of climate change are here for all to see. At COP26 and beyond, the world’s governments must step up, taking rapid and immediate steps to close the fossil fuel production gap and ensure a just and equitable transition.”

The crucial COP26 climate summit starts in Glasgow at the end of October. The world’s nations must pledge carbon-cutting measures that will keep alive hopes of restricting the rise in global heating to 1.5C. Current pledges would mean a catastrophic 2.7C rise.

But very few are taking measures to reduce fossil fuel output or cut subsidies to the sector. Greta Thunberg recently excoriated global leaders over their promises to address the climate emergency, dismissing them as “blah, blah, blah”.

The vast majority of fossil fuel reserves owned today by countries and companies must remain in the ground if the climate crisis is to be addressed, a scientific study reported in September. It estimated that 90% of coal and 60% of oil and gas reserves must not be extracted for a 50% chance of hitting the 1.5C target. In May, a report by the International Energy Agency concluded there can be no new oil, gas or coal development if the world is to reach net zero by 2050.

The new report analysed publicly stated plans and projections and found production of 240% more coal, 57% more oil, and 71% more gas in 2030 than is consistent with 1.5C. Overall fossil fuel production is 45% more than consistent with even the weaker goal of 2C.

Niklas Hagelberg, at Unep, said: “The data doesn’t look too good. But [keeping to 1.5C] is still possible if we rapidly move towards decarbonisation.”

The report did find that finance provided by G20 nations for overseas fossil fuel projects has started falling in recent years and China announced an end to support for foreign coal plants in September.

“Recent announcements are a much-needed step in phasing out fossil fuels,” said Guterres. “But, as this report starkly shows, there is still a long way to go to a clean energy future. It is urgent that all remaining financiers switch their funding from coal to renewables.” Since the Paris climate deal in 2015, the world’s biggest 60 banks have provided $3.8tn in financing for fossil fuel companies.

“Denmark has taken the decision to cancel all future licensing rounds for oil and gas, and completely phase out our production by 2050,” said the Danish climate and energy minister Dan Jørgensen. “With Costa Rica, we encourage all governments to undertake similar measures and join the Beyond Oil and Gas Alliance.”

The UK, which is hosting COP6, has been criticised for not blocking new oil and gas fields, in particular the Cambo field off Shetland. “Approving the Cambo oilfield would be flatly inconsistent with the science,” according to a letter from scores of the world’s top climate scientists.

This article was first published in The Guardian and is republished here with kind permission.