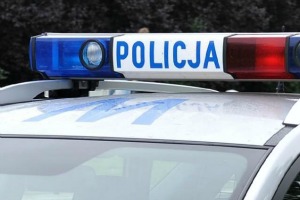 Polish environmentalists say that they are operating in a ‘climate of fear’ involving harassment by the country’s security police, and denunciations from government ministers for “working against the public interests of the state”.

Earlier this month, Treasury Minister Niko?aj Budzanowski used these words, to drub a registered environmental charity, Client Earth, which has campaigned against coal-fired power plants and for shale gas regulation.

"This kind of organisation should accept that there are limits to its activities," Budzanowski said. "In my opinion they have passed their limit."

His words provoked more than 20 Polish NGOs to write to Polish Prime Minister Donald Tusk expressing their "great concern" at what they called an "unprecedented attack" on civil society.

“A climate of fear is definitely being created,” Marcin Stoczkiewicz, a lawyer for Client Earth, told EURACTIV.

“We are acting in the public benefit and we think that cannot just be understood narrowly as the interests of the energy companies. The public interest is also about public health, a healthy environment, and environmental law,” he said.

Poland, which has blocked the EU’s low carbon roadmap three times, depends on coal for 90% of its electricity supply, and has faced disruptive protests over its shale expansion plans, involving Chevron and ExxonMobil, notably in the Rogow and Zurawlow villages.

An independent source of energy from fossil fuels is considered critical to energy security by Warsaw, which still has one wary eye turned eastwards towards Russia.

As such, allegations that Warsaw elides the distinction between energy and state interests are not new. But the claims that experts working with green NGOs have been followed and questioned by officers from the Agencja Bezpiecze?stwa Wewn?trznego (internal security agency) lack recent precedent.

'Watched by the secret services'

“We have information that we are being watched by the secret services,” said an officer for one environmental NGO who asked to remain anonymous. “Their agents met environmental activists and asked many questions connected to the energy area.”

“Some of the experts working for us were [also] visited by secret service agents, asking about their international relations with foreign organisations or movements,” the source told EURACTIV.

Polish government sources contacted by EURACTIV said that it would be wrong to criminalise environmental groups but that the issues involved were “not black and white”.

“A lot of activities by ecological groups are sometimes grey,” said Micha? Go??biowski, the deputy director the Polish treasury ministry’s department of strategic projects, which deals with shale gas extraction.

“It is rather unclear whether such [environmental] organisations represent the interests of local communities or rather some unidentified interests, which are not always very clear or pure of intention,” he told EURACTIV.

Off the record, Polish government sources suggest that some environmental groups might spur protests against shale gas extraction projects, which help inspire the European Commission to commission them to write environmental assessments.

No evidence has been provided for this – and Client Earth strongly denies any impropriety – but EURACTIV has heard allegations that Polish security police have visited colleagues of environmental analysts, to ask for details about their salaries and associations with foreign organisations.

Radek Gawlik was a high-profile activist in the Solidarity trade union, who represented the movement in negotiations with the Communist regime in 1989, and later became an environmentalist, serving as a vice minister in the cabinet of Jerzy Buzek.

A leader of the green NGO Eko-Unia, which campaigns on coal, nuclear and shale gas issues, he is considered a national hero. But his friends have received visits from secret police officials asking about his environmental activities and international contacts.

“I can only guess that it is somehow related to my organisation and activities in areas which are sensitive from the government point of view,” he told EURACTIV.

“I would call it harassment and bullying,” he added. “Maybe the secret service should take care of these politicians who promote archaic energy models instead of environmentalists. It is they who threaten our security and raison d'état today.”

Green groups say that local mayors and lawyers have also been summoned and interrogated about anti-coal activities by the internal security agency, as was a professor from Wroc?aw, Ludwik Tomia?oj?, in 2010.

However, Go??biowski insisted that there was no governmental intention to ban anti-shale gas protest groups. “We would just like to be sure that they really represent the interests of the groups that they should represent,” he said.

To do this, some energy companies have reportedly engaged in activities that cross the line between state surveillance and private security.

Earlier this month, Polish media reported that an energy company representative met with anti-shale gas activists, and compiled a five-page report of the ensuing conversation which was sent on to Beata Stelmach, the Polish deputy foreign minister.

The meeting had reportedly been co-organised by Boguslaw Sonik, the European Parliament’s rapporteur on shale gas legislation, and its report included personal characteristics of the anti-shale activists – including farmers – and notes about ‘emerging conflicts’ between them.

The paper was then forwarded to Thomas Arab, the head of the treasury and deputy head of the internal security agency, with a note from Stelmach saying that it indicated “a significant radicalisation of positions of NGOs in relation to shale gas”.

Go??biowski told EURACTIV that it would be “quite obvious and natural for energy companies to cooperate with certain public organs”.

“If we are talking about state security interests – in terms of energy security – and a police or counter-intelligence service asks you to join them with your information, if you have the view to cooperate with them, it is quite natural,” he said.

An official from Stelmach’s ministry later said that the study had been circulated to security services “in view of the intention to breach public security and order,” according to Gazeta Prawna, a respected legal journal.

“In the end it is about [the] energy security of the state,” an anonymous police officer said.

The EU has set itself a legally-binding goal for 2020 of reducing its carbon dioxide emissions by 20% and increasing the share of renewables in the energy mix by the same amount, both measured against 1990 levels. A target of a 20% increase in energy efficiency has also been set but it is not legally enforceable.

Poland has accepted the 2020 targets but three times vetoed the EU's low-carbon roadmap for 2050 which would enforce a legally-binding target of 80-95% carbon dioxide emissions reductions by that year, as measured against 1990 levels.