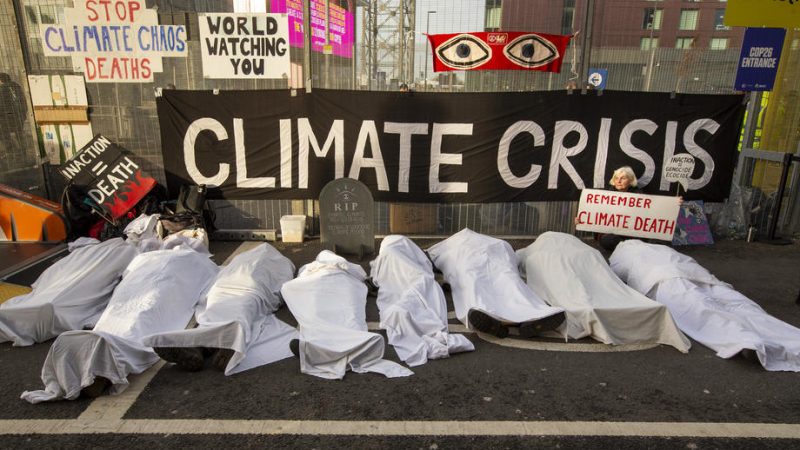 Negotiators at the UN climate summit in Glasgow are expected to lock horns on Friday (12 November) for what is scheduled to be the final day of bargaining over how to stop global warming from becoming catastrophic.

After nearly two weeks of talks, the almost 200 countries represented at the summit remain at odds over a range of issues from how rich nations should compensate poor ones for damage caused by climate-driven disasters to how often nations should be required to update their emissions pledges.

“There is still a lot more work to be done,” Alok Sharma, Britain’s president of the COP26 summit, told reporters on Thursday about the state of negotiations.

The COP26 conference set out with a core aim: to keep alive the 2015 Paris Agreement’s aspirational target to cap global warming at 1.5 degrees Celsius (2.7 Fahrenheit) above preindustrial levels and avoid the worst impacts of climate change.

But under countries’ current pledges to cut emissions this decade, researchers say the world would hit levels of global warming far beyond that limit, unleashing catastrophic sea level rises, floods and droughts.

While there’s little hope that new promises will appear in the final day of talks to bridge that gap, negotiators are attempting to impose new requirements that could force countries to hike their pledges in future, hopefully fast enough to keep the 1.5C goal within reach.

A draft of the COP26 deal circulated earlier this week, for example, would force countries to upgrade their climate targets in 2022, something climate-vulnerable nations hope they can strengthen into forced annual reviews to ensure the globe remains on track. 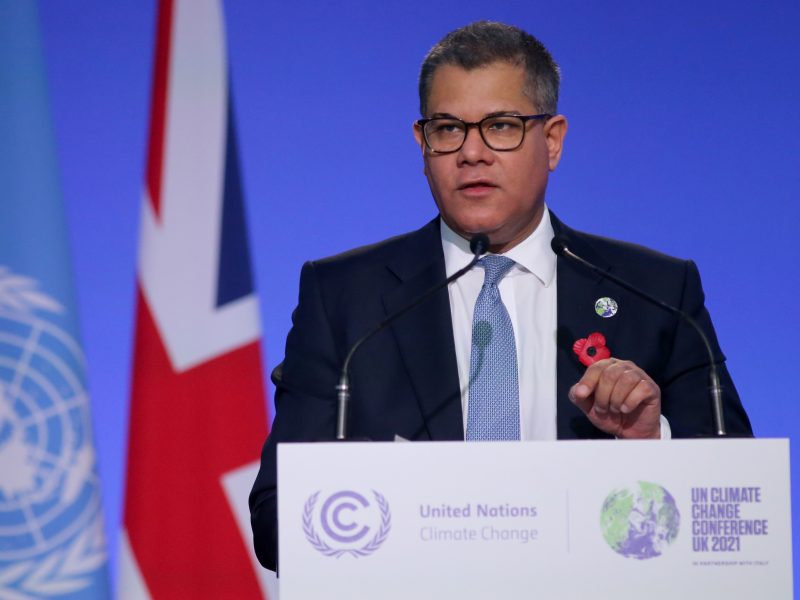 COP26 draft calls for tougher emissions pledges by next year

A draft of the COP26 negotiation outcome published overnight urges countries to strengthen their 2030 greenhouse gas emissions targets by the end of next year in a recognition of the yawning gap between current pledges and the landmark 2015 Paris Agreement.

“Glasgow must be the moment when ambition-raising becomes a constant process at every COP, and this year’s COP decision must mandate annual ambition-raising platforms until 2025 to ensure that,” said Mohamed Nasheed, parliamentary speaker and former president of the Maldives and ambassador for the Climate Vulnerable Forum group of 48 countries.

“Action is needed this very decade. 2030 feels like a cliff’s edge and we are running towards it,” said Nicolas Galarza, Colombia’s vice-minister for the environment.

A senior United States official said the world’s biggest economy supported strengthening targets to meet the Paris goals but could not support a requirement in the COP26 deal for yearly reviews of pledges.

At the moment, countries are required to revisit their pledges every five years.

Negotiators are also fighting over language on phasing out subsidies for fossil fuels in the COP26 conclusions, which Arab countries – many of them large fossil fuel producers – have warned against.

We are entering a crucial phase in the negotiations.

These next few days will determine whether #COP26 can live up to global expectations.

The clock is ticking.

We 🇪🇺 will work to keep the momentum going, and drive it to the highest possible level of ambition. #EUatCOP26 pic.twitter.com/GtOOi4UXWE

Questions of finance continue to loom over the talks, with developing countries pushing for tougher rules to ensure that rich countries, whose historical emissions are largely responsible for heating up the planet, offer more cash to help the poorest nations adapt to climate impacts.

Ministers are also attempting to finish the contentious rules that will put the Paris agreement into practice, requiring agreement on years-old disputes over carbon markets and transparency.

A final deal will require the unanimous consent of the nearly 200 countries that signed the 2015 Paris Agreement.

On Thursday night, diplomats hunkered down to thrash out the technical terms of the Paris rulebook, while in other negotiating rooms their government ministers debated over other political sticking points.