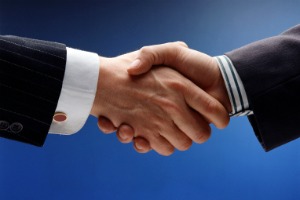 Eight of Europe’s largest energy companies have launched a clean energy alliance with a call for the EU to set legally enforceable targets for 2030 in emissions reductions, renewable energy and energy efficiency.

The informal alliance describes itself as “a loosely-founded coalition of progressive energy companies [that] share the same views on accelerated transformation of the energy system”.

“The lack of binding targets post-2020, an ETS failing to stimulate investment in renewables, and an outdated energy infrastructure, severely threaten to wreck the needed modernisation and decarbonisation of the European energy sector,” the group says in a strongly worded open letter to the European Commission.

“We call on the Commission and the Presidency of the Council to… decide on legal mandates for binding 2030 renewables, CO2, and energy efficiency targets,” the letter continues.

Last year’s EU’s roadmap for a low carbon economy by 2050 offered a milestone-paved route to the emissions reductions of between 80% and 95% that scientists say are needed to prevent global warming of more than 2 degrees Celsius.

The first milestone comes in 2030, and the EU suggests it as a deadline for measures such as increasing the share of low carbon technologies in the energy mix to 75%-85%.

But draft conclusions for the 9 March Council of environment ministers, obtained by EURACTIV, only invite the European Commission to present timely options for delivering the 40% carbon emissions reduction promised in the roadmap.

”Having a stable investment climate is critical for energy companies,” Anders Eldrup, chief executive of DONG Energy and a leading alliance member, told EURACTIV in a written statement.

DONG is Denmark’s largest energy company and although its primary interest has been in oil and gas drilling, the company is reorientating itself towards renewable energy.

“Our current investment plans have a time span of a decade and more,” Eldrup said. “Binding 2030 targets for renewables and an effective CO2 price are crucial elements to set an economic framework that can drive the huge investments necessary to achieve the build-out of renewables and a modernised energy infrastructure.”

But the wider business community is far from united on this question, according to Folker Franz, the environmental advisor to BusinessEurope, which represents Europe’s employers federations.

“We are enthusiastic for a discussion on 2030 but defining a figure is not enough; we don’t think you can close the door and decide to turn the roadmap milestone for 2030 into a target tomorrow,” he told EURACTIV.

BusinessEurope aggregates the views of a highly diverse business community through national federations which do not always consult their members on climate policy. This has led to complaints from some of its members about a democratic deficit in the organisation.

The EU has agreed a unilateral target to reduce its greenhouse gas emissions by 20% from 1990 levels by 2020. It has also pledged to increase its target to 30% if other countries make comparable commitments.

In May 2010, the European Commission presented a communication arguing that increasing the EU's 2020 climate goal to 30% would be both affordable and technically feasible.

It estimated that as a result of the economic downturn, the cost of meeting the current 20% target has dropped to €48 billion per year until 2020, down from an initial estimate of €70 billion when the package was agreed.