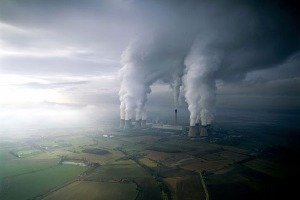 Coal plants in developing countries get billions of euros in climate finance for new projects that do little to reduce CO2 emissions, the Stockholm Environment Institute (SEI) says in a new report.

The study was published as new research by the US Department of Energy showed that greenhouse gas emissions soared 6% in 2010, the highest increase ever recorded.

“We need game changers and these investments unfortunately trap us in the same game we’re in,” Michael Lazarus, one of the SEI report’s authors, told EURACTIV. “This is not the path to climate stabilisation.”

But the analysis by SEI, which was founded by the Swedish government, says that most of the plants would probably have been built "cleaner" anyway and do not need to be granted credits.

“It is highly unlikely that a significant fraction, if any, of the coal projects in the pipeline are truly additional,” the report says.

The report found that “systemic flaws” used by the new ACM0013 methodology – such as high emission baselines and inflated benefits of the new coal plants – could lead to over-crediting of CERs “on the order of 250%”.

“Based on our evidence, a majority of the credits generated are likely not to be real and additional,” said Lazarus, a senior SEI scientist and former member of the CDM’s methodology panel.

But international climate finance representatives believe that any actions that result in a lowering of emissions needs to be supported.

“If somebody puts in a 'super-critical' [technology] instead of a run-of-the-mill power plant and as a result, there is a lot of climate finance, to me that's positive,” one official told EURACTIV.

“Anything that helps developing world countries to lower or go under their CO2 emissions baseline is good. It helps the environment. That's the general concept,” the official said.

There are 45 coal projects in line for CDM support in India and China. Six have already been approved to generate carbon credits and 39 others are at the validation or review stages.

The report says that under current rules, nearly 80 gigawatts of new coal plants could be supported through the CDM, representing €3billion to €4 billion in CER revenue at €8 per CER.

The ACM0013 methodology requires that they show that the CDM played a decisive role in their move to more efficient ‘super-critical’ or ‘ultra-supercritical’ technologies.

These emit less CO2 than normal coal, although twice the levels of natural gas plants.

But according to the SEI report, other factors such as “persistent coal shortages, rising [coal] prices and the need to address major power supply deficits” are more likely reasons for the technological transition than CER revenue.

Any marginal reductions in greenhouse gas emissions are thus bought at the expense of locking an annual 400 million tonnes of CO2 pollution into the atmosphere.

As a result, the report says “it is essential to re-evaluate whether an offset-based, incentive-only system such as CDM should support coal investments at all.”

Under the Kyoto Protocol, industrialised countries can meet part of their climate targets by investing in carbon-reduction projects in developing countries.

The arrangement, called the Clean Development Mechanism (CDM), operates on the condition that projects generating credits have to ensure "additionality", or the principle that the reductions they achieve would not have occurred without the incentive of foreign finance.

The CDM has attracted criticism, however, mostly because the additionality criteria have been abused. Credits granted for projects that should not have qualified in the first place have allowed developed countries to dodge their climate commitments, critics say.

In January 2009, the European Commission presented a proposal for a global agreement to replace the Kyoto Protocol. The blueprint proposed an overhaul of the CDM to ensure that only projects delivering additional reductions and targeting more costly cuts receive credits.